I’m on my third year of doing this, so I’m starting to have this down to a system. I’ll be previewing more films this year than I ever have. I know how to do this now. And this year, I’m making things even easier on myself by doing it only one month at a time instead of two. I’m even splitting the articles into two parts, doing the first half of the year now, and then the second half in a few weeks, since the last half of the year is always the one that ends up getting changed. So I’m giving myself as much time as possible for stuff to fall in to place.

Oh, and in case you don’t know what these are — every January, I go over all the movies that are scheduled and even not yet scheduled for release that year. (This year there are gonna be a lot that aren’t yet scheduled. Just wait.) I go over what they are, brief synopsis, who’s in them, whatever, and then I write what I think I’m going to think about them, or what my expectations are of them based on what I have. Just something to go back to later on. Mostly because I feel like I know myself pretty well, so I like to see how close I can guess my opinions on movies based on almost nothing except a synopsis, a cast/director and a release date. (After two years, I’m running around 67-70% correct.) Plus, it also helps to let me know which films end up surprising me at the end of the year, for better or for worse.

So, let’s start off another year by previewing all the films that are coming out this month (as scheduled):

This is basically a straight to DVD movie that’s getting a release because it’s January and shitty horror movies make money in January. Plus it’s in 3D. So they only end up spending like $30 million on this (I’m sure the budget is under $15 million, and the conversion ration, if they don’t shoot it in 3D, isn’t that high), and they probably end up eking out a profit because movies like this end up doing business in the theaters.

Either way, I’m not going to see this. There’s no one famous in it, the director has basically only done straight to video quality stuff, and I hate horror movies. There’s no earthly reason for me to see this except to pad my numbers for the year.

It’s a horror movie spoof by the Wayans brothers. Now, when I was 12, Scary Movie was pretty funny. Now, I bet I’ll go back and go, “Man… that was terrible.” And Dance Flick…

Basically what I’m saying is… I have to put this on Unforgivable Watch. I want this to be funny, and I want to hope this ends up being a 3 star movie, but… at best I have to figure 2.5 stars. That’s gotta be a mercy ranking for this, if I’m feeling generous. I’m assuming it’ll be 2 stars and I end up going, “I didn’t like this.”

I mean, how can you have any faith in the people who made Little Man and White Chicks?

I was excited to see this back in September… until they pushed it. And now I’m upset because they probably cut out what was the best shot in that trailer, the shot of the gangsters shooting from behind the movie theater screen. That was badass. And then that guy shot up a movie theater and they pushed the movie and cut that shot out. Which is a shame.

That said, I’m still assuming this is a 4 star movie. If it’s anything less than 3.5 stars, I’m gonna be upset, because the amount of talent here, in front of and behind the camera, should be able to make this a 3.5 star movie. The pushed date has nothing to do with the movie itself, so I’m not altering my ranking for it at all.

So we have Wahlberg and Crowe, and it’s directed by one of the Hughes brothers.

An ex-cop trailing the wife of New York City’s mayor finds himself immersed in a larger scandal.

The only issue is what the ranking is gonna be. Because I want to think that this will be one of those fun thrillers that ends up being 3.5 stars, but this being where it is, and Wahlberg having made Contraband last year — I’m kinda leaning toward 3 stars. Either way, I’d be surprised if this fell to 2.5 stars, so 3 or 3.5 stars is most likely. I guess what I’ll do, despite the cast, is start with 3 stars and let the movie become a 3.5 star movie. Because the one thing I’ve found from movies like this — the moment I get overeager, that’s when I start doing crazy shit. (I thought Abraham Lincoln: Vampire Hunter was gonna be a 3.5 star movie back in January because of the premise. So — let’s temper the expectations and let the movies be good on their own.)

This is another one. This is right up my alley. Seems like a simple enough premise:

The leader of a drug cartel busts out of a courthouse and speeds to the Mexican border, where the only thing in his path is a sheriff and his inexperienced staff.

Schwarzenegger starring — I have to assume I’ll enjoy this. But while inexperience might have led me to guess 3.5 stars, I’m gonna stay with 3 stars here. Because it’s just as likely to end up 2.5 stars as it is 3.5 stars. 3 stars is most likely. Let’s let it be good. I just want a good movie. A good movie is more important than guessing exactly. The cast is good, though, so let’s hope this does go up to 3.5 stars. I’d love to start seeing movies like this come back (and be good). 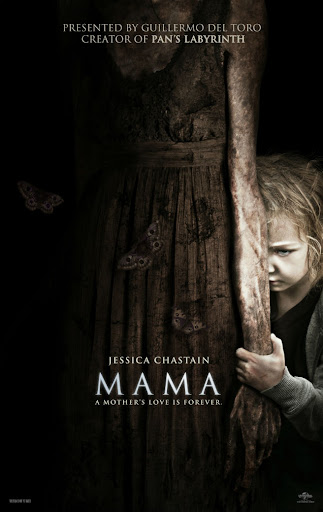 This one’s gonna be a problem. Because it looks like a shitty horror movie that I shouldn’t see because I’m not gonna like it and not gonna give a fuck about anything that happens in it. But… Jessica Chastain is in it. This is the dilemma I faced with The House at the End of the Street last year. I knew I’d dislike it and that I shouldn’t see it, but Jennifer Lawrence was in it. And then I ended up seeing it anyway… and I disliked it and shouldn’t have seen it. This feels like exactly the same thing.

I have a feeling that I will be able to avoid this one, despite the presence of Chastain. But if, for some reason, I do end up watching this, I know it’ll be a 2 star movie, 2.5 stars at best if I can find a place of indifference. There are almost no other possibilities, which again points to how much I really shouldn’t see this.

I believe I was excited, yet hesitant, when I heard about this coming out last year. I thought it could be good, if it was fun and campy, but saw the very real possibility that it would be neither of those things. (See: Abraham Lincoln: Vampire Hunter.) Now that they pushed it, and converted it to 3D, which just seems really desperate…

I have to assume that, at best, this is a 3 star movie. To the point where, if this ends up being 3.5 stars, I will, at the end of the year, say that I was wrong on this one. I expect 3 stars as a ceiling, 2.5 stars as a most likely probability, and 2 stars as a regrettable possibility. I’ve lost just about any hope of this being anything more than an okay movie at best. (Mostly because, over the past year, I lost a lot of faith in Jeremy Renner to be the sign of a good movie. Looking at you, Bourne Legacy…) I’m torn. I can’t remember (and I’m not going back to look, since we’re on a new year now), but I feel like I guessed 3 stars for this last year. And I think I’ll probably have to keep that guess. These ensemble movies comprised of shorts usually have the capability of bumping up an extra half star because the bad parts aren’t on there long enough to matter. But, this could be really silly and stupid and just be bad all around, which really limits that bump to next to nothing. So I don’t know.

I guess I’ll leave the 3 star rating, hoping it’s enjoyable, but expecting the very real possibility that it ends up in the 2-star range. The cast is strong, and I hope it’s funny, but I don’t know what I’m gonna get. So let’s let the movie show me what it’s gonna be. I’ll say 3, hope for 3.5, but expect that it could very well be in the 2s. 2 seems unlikely. 2.5 would make sense. But still 3 feels like the right number for this.

John Dies at the End

Pretty sure I previewed this last year. Now I have even less of an idea what the hell I’m gonna get with this one:

A new street drug that sends its users across time and dimensions has one drawback: some people return as no longer human. Can two college dropouts save humankind from this silent, otherworldly invasion?

This could be really awesome, or really strange and not that good. So I guess I have to say 3 stars and just see what the hell this is. Maybe it’ll be 3.5, maybe it won’t. It might end up being 2.5 stars because I’ll end up going, “I don’t know what the fuck this was,” and throw up my hands and put it back down and go on my merry way. I have no idea what to expect. I’m just gonna take the movie as it comes.

I’m pretty sure the only reason I’m gonna give this a shot is because I’m so familiar with it, having covered it last year on the Films Without Release Dates article and tracking it throughout the year. Maybe that’s the key to seeing movies — become familiar with them. You pay attention to them for a certain amount of time, it just sort of becomes a given that you’re gonna see it. Which should be interesting, since I’m tracking a shit ton of movies this year.

Anyway — let’s drop this to 2.5 stars. I’m probably not gonna give a fuck about this.

What I love about almost all these January movies is that I’ve previewed them already last year, so I don’t have to go over the synopsis and all that. Though this one, I don’t think I really had a synopsis back then, so I am gonna go back and look one up.

A thief with a unique code of professional ethics is double-crossed by his crew and left for dead. Assuming a new disguise and forming an unlikely alliance with a woman on the inside, he looks to hijack the score of the crew’s latest heist.

Interesting. Statham almost always makes 3 star movies, and the direction of Taylor Hackford leads me to believe this may actually be a 3.5 star movie. But we’ll stick with three and let it bump up to 3.5. I think the possibility is there, but I don’t want to start assuming things, because I always prefer movies to surprise me for the better.

I’m not gonna bother with the box office stuff this year. I really can give less than a shit about that. It’s all about the movies for me. Let’s keep it simple.

This entry was posted on January 1, 2013 by B+ Movie Blog. It was filed under Movies and was tagged with 2013, Film Release Calendar, Films, January, Movies, Release Calendar.