What’s my refrain whenever this article comes up? The movie poster is a lost art. And there’s no better proof of that sentiment than this year. Theaters were closed for the majority of the year and films were either pushed until next year entirely or released on streaming services or on demand. As such, you didn’t get the prolonged media blitz that we usually get when things are ready to come out. Which usually means, for the bigger films, incessant commercials, banners on websites, corporate tie-ins, billboards – you know the drill. But since nothing came out the ‘normal’ way, things felt pretty low key. Maybe that’s just because we had much larger issues to deal with for the majority of the year, but I do feel as though, unless you were specifically paying attention to when stuff came out, you really weren’t that privy to when they did. It was more of a, “Oh, that came out?”

And because of that, I feel like even less effort was put into movie posters than has been in years past. Which is just another mound of dirt on top of the movie poster, which is already struggling because of the increasing amount of films getting released on streaming services, meaning at most those movies are getting a single (usually uninspired) poster designed to tell you it’s theirs and it’s coming out soon.

This year was difficult for a lot of reasons, but picking my favorite posters definitely was made a lot harder task than it has been in previous years. I still managed to get to 50, but that’s just because I love movie posters and not because I was necessarily thrilled about my options.

So, with hope for the future, here are my favorite movie posters of 2020:

30. Birds of Prey (and the Fantabulous Emancipation of One Harley Quinn)

Nice use of color. Posters (and movies, for that matter) aren’t as expressive with color as they can and maybe should be. Also, I love the use of the cartoon trope of seeing birds flying around your head after you get hit on the head with a mallet. It highlights the movie as not taking itself totally seriously and being almost cartoon-like in the way it goes about things. And two — birds. Yeah, you get it. It’s a smart poster.

I like the image. It tells you this is gonna be a mindfuck of a movie. That’s it, really. Nice little MC Escher meets Twilight Zone thing going on. 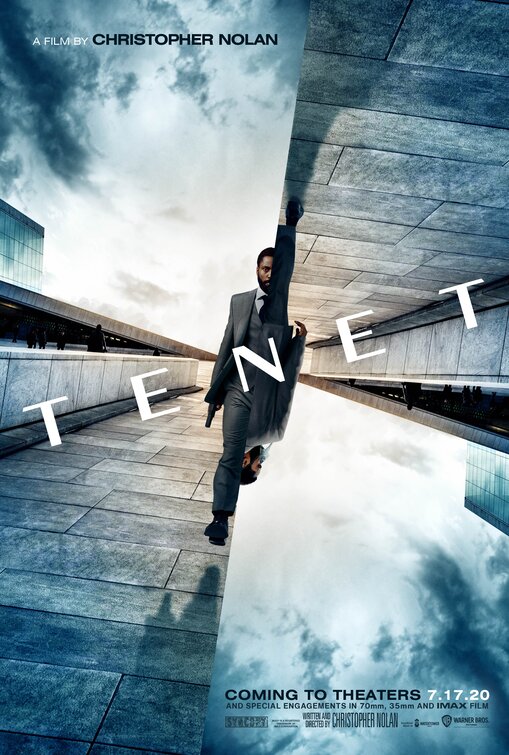 This isn’t really much except inversion, but there’s something about a Nolan poster that always feels epic and interesting, even if you have no fucking clue what the movie is supposed to be about. Plus, I like symmetry. So that’s really the main reason I like this poster. *shrugs* sometimes it’s just an ‘I like it’ situation. 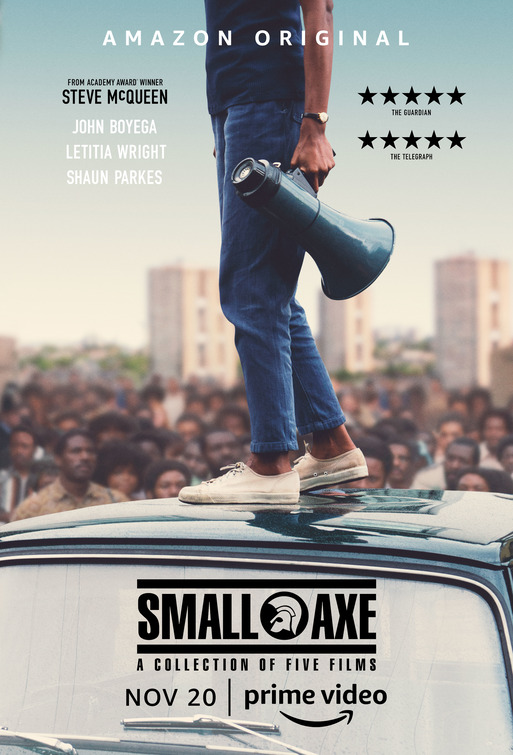 I was surprised when I found out these films had posters and had separate posters. Which is more — they put out Small Axe posters, one from each of the five to represent the whole (which I already love) and then as each one came out they put one poster out specifically to advertise the one that came out that week. Either way, this one about sums up the feeling of this one. You just get it. The subject matter, the energy, all of it. It’s all just there.

It’s just a little Korean boy handing you a stick. What’s not to like about that? I mean, this one for me is that feeling of childhood. The grass feeling endless, the boy (seemingly) playing. But there’s also that American flag in the background, which subtly hints at this being an “American Dream” kinda story, plus the sense that the boy (who represents Lee Isaac Chung, the filmmaker) is almost handing the baton to you the audience, like, “Well here’s my story, what’s yours?” Because in a way, this film is all of our childhoods, even if it didn’t happen to us at all like this one did to him. I just really like this poster and how it somehow conveys this entire movie in such a seemingly simple image.

I still have no idea what the fuck it has to do with the movie outside of some abstract symbolism thing, but I do love the butterfly tacked up on the wall with blood dripping from it (which — insects don’t bleed. Though again… I get it. Symbolism). The stark white background is nice. I can’t really rank it higher on just pure imagery, since it tells you nothing about the film, but it’s memorable. 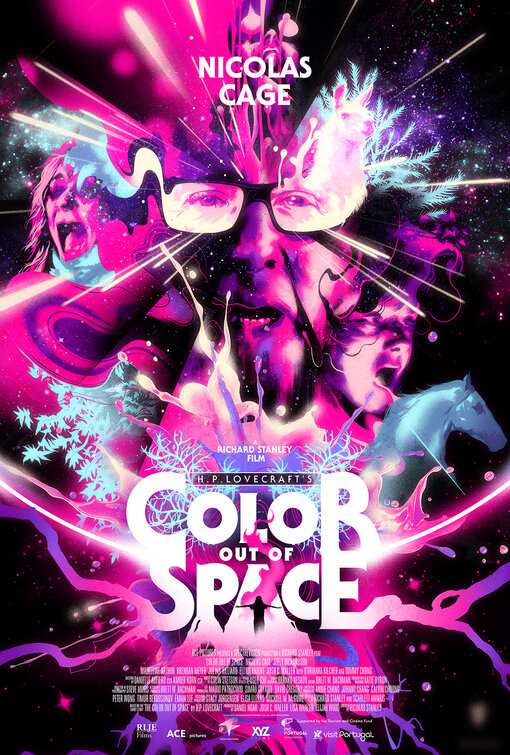 It looks like the cover of a sci-fi paperback novel from the 70s and 80s. That alone makes me love it as a poster. You get it immediately. It’s the kind of cover where, if you were in a bookstore (younger people, that was a thing at one point in time) and saw this when you were like, 12, you’d pick it up and read what it was about. Just a fantastic poster. 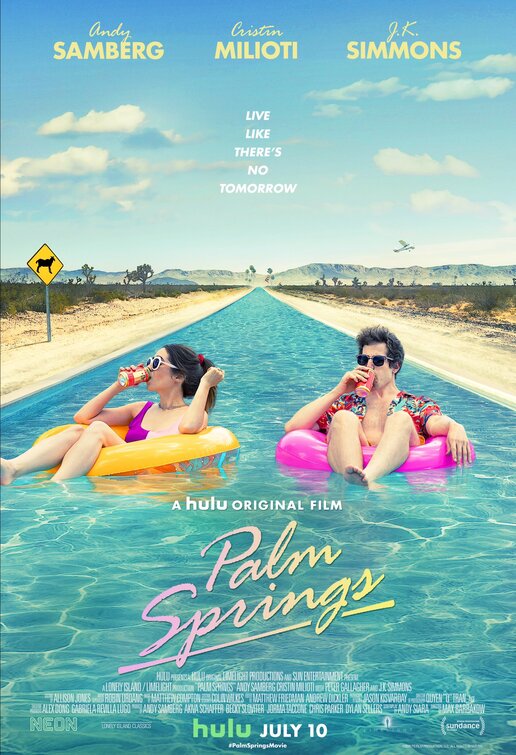 This poster really is the one to choose, with the endless pool and the thematic relevance. But I will say, I’m a big fan of this poster as well. Maybe it’s that crayon/pastel look that reminds me of those jazz paper cups that were ubiquitous when I was growing up.

I like it because that image has somehow become iconic to the film itself and become one of the more memorable images of the year. Maybe it’s just because of how many times I saw it. Still, I like that it tips you off to the story without actually doing it. Can’t really go higher than this, but I do really like it. 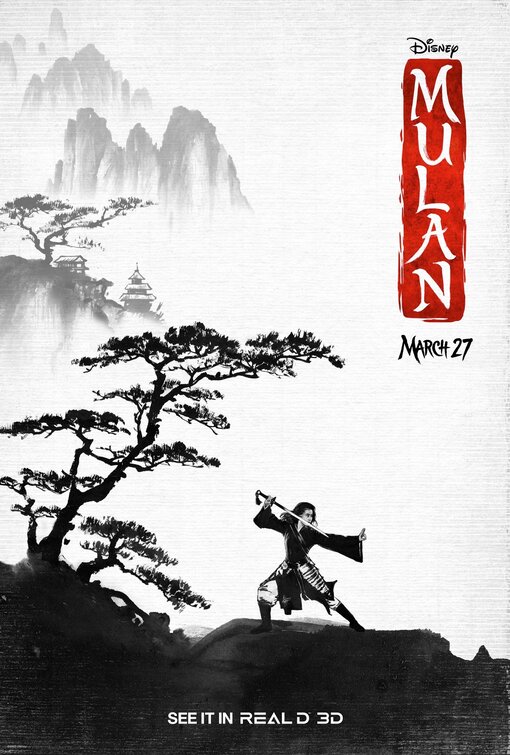 There are like, seven or eight great posters for this movie. They went all out with this one. All sorts of different art styles and great imagery. It was hard to pick just one. The obvious one was the one with her holding the sword, and reflected in the sword is her in battle attire, but that was too on-the-nose and felt like I’d seen it before (because it’s reminiscent of the shot from the animated film. There’s also one with her reflected in a lake with the same concept. There was another one I almost chose, but it was an exact replica of an original poster for the animated movie and was way too Communist China-looking for my taste. So I went with this one, which just had the beautiful ink/watercolor look. It’s just a great image. You know what the movie is about from the title, so this one’s simply just about a poster that looks nice.

The superimposed faces, the colors, Mrs. Danvers on the cliff. Good shit. Netflix posters tend to be ho-hum most of the time, but this is an evocative one. The warm/cool color tones. There’s definitely both sides of this story represented in this poster. 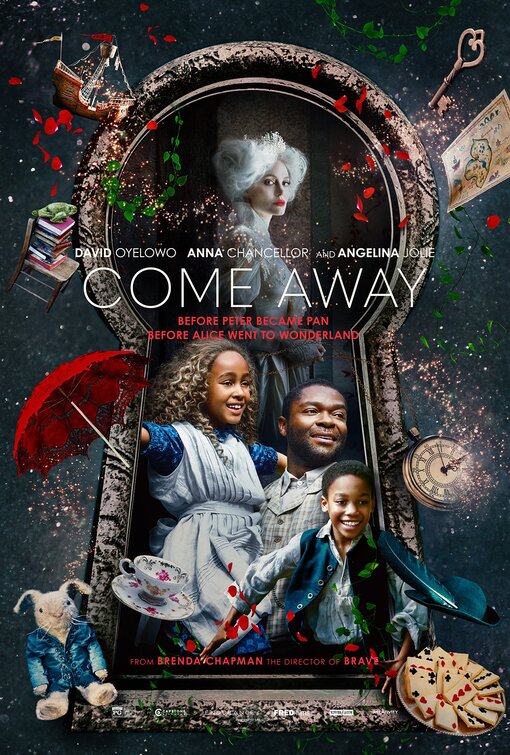 I like the keyhole motif. Which is a motif in both Peter Pan and Alice in Wonderalnd. So that’s nice. Plus you get all the cool imagery and that feeling of childhood imagination. They don’t really tell you how depressing the movie is but that’s probably for the best. 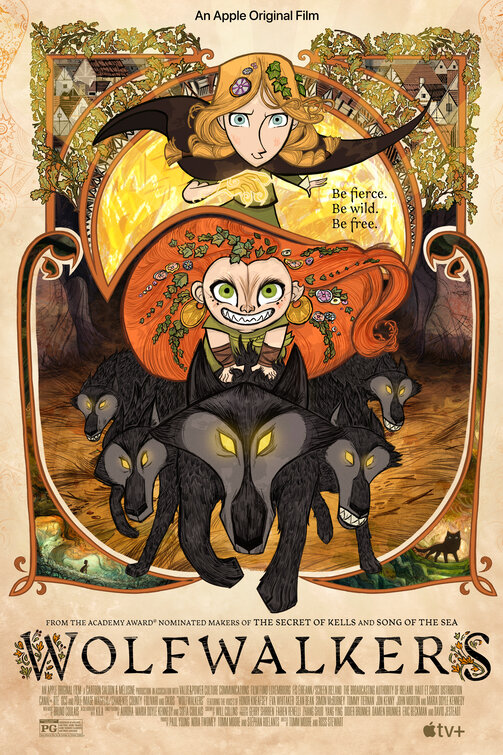 It’s just a really beautiful image. And immediately you recognize Tomm Moore’s visual stamp on it and know you’re in for a great movie. The rustic colors are all really terrific too. 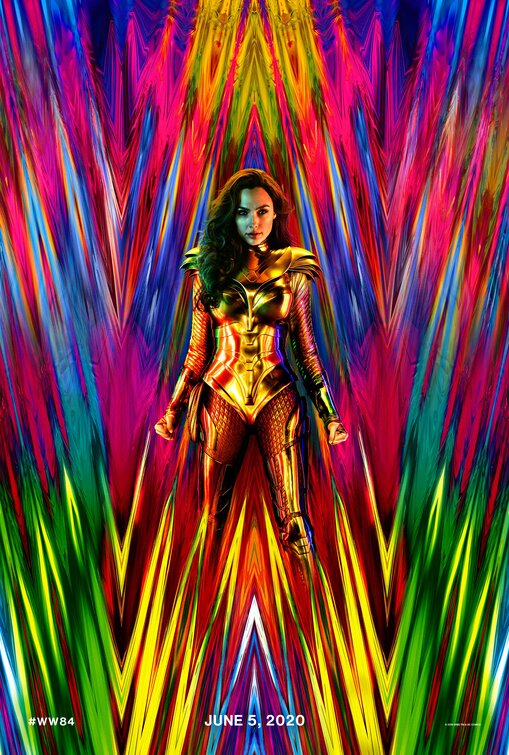 I like the rainbow coloring.  And how it’s all in the shape of the W. And then you have Gal Gadot in that armor. You get it. You know what the film is, and you also get hints that it’s set in the 80s and gonna be colorful. Beautiful second poster for this franchise.

And somehow this isn’t even an IMAX poster. Good for them for going that route. Making it feel like a grindhouse kind of movie, going for that feel. I love when posters do that. Plus, you get it immediately. The title in big red letters over the black-and-white motif, and the girl in the wheelchair at the top of the stairs and her mother at the bottom preventing her from getting out. You get it. That’s the movie in a nutshell. You understand everything you need to know from a single image.

They’re basically playing off the Beasts of the Southern Wild imagery and coloring. But you kind of have to. There’s that same energy and joy to this that I just love. Plus it does hint that it’s gonna be Peter Pan as well, which is nice. But mostly it’s the image that sticks with me.

Speaking of grindhouse posters. Man, do I love this. The magic eye circles acting as headlights to drive home the road rage motif, the crazy dude with the hammer. It’s beautiful. This sells you the story and tone in one image. And it’s such a memorable image at that. Beautiful job.

I love this one. How the majority of the poster takes place in the corner of the frame, how it’s evocative of those black-and-white photographs of the time. Plus it’s basically the film in a nutshell. Cool new girl with a car befriensd the shy girl who gets picked on. It’s all there. I really like this one a lot.

This is such a beautifully unsettling image. It’s the first poster they released for this, before they cancelled the movie like four times. And yet it’s the one that’s stuck with me the most. It does tell you the plot of the movie, all these mutants stuck in this place and trying to get out (or maybe being held in for their own good). It’s just a really, really evocative image and one I’ve been waiting to be able to feature in this article.

I love how trippy this is. The wavelength motif all around, showing how the panic attacks (which are the symbol of the movie, even if it’s about someone thinking they’re gonna die the next day) re having this ripple effect. Plus the red/blue/purple coloring is fantastic. It’s just a really memorable image. And now that I look at it, I wonder if maybe I should have gone higher with it. But I’m too lazy to bother. It’s still great and you’ve seen it. That’s all you need.

I. Love. This. Image. Haley Bennett, all in red (which… blood, clearly) and the thumb tack. And you know everything you need to know about the movie purely from that. Plus the lettering just feels like the label on a prescription, which also is a part of it. I love this one so much. Another one that I might have just convinced myself should be in the top ten, but whatever. It’s adjacent, you know I love it.

This entry was posted on January 28, 2021 by B+ Movie Blog. It was filed under Movies and was tagged with 2020, Best Movie Posters, Film, Movie Posters, Movies, Top Ten.