2022 was a strange year. Not so much for the film landscape (though that is undergoing a sea change in terms of increasingly limited theatrical windows, an altered viewing experience brought about from the still-ongoing pandemic and an evolving definition of box office success, the consequences of which we won’t know for some years), but for me personally. I underwent a few major life changes and had stuff going on consistently all year (at least that’s what it felt like). As such, my film viewing was all out of whack. I watched the same number of movies I typically watch, but they came in bunches, often months after the films got released. Because of that, I never really got a sense of the film year as a whole. But it did mean I got to see all the films on my own terms, removed from knowing (for the most part) how the public at large felt about them. This is something I strive for, and this is about as close as I’ve ever gotten to having a pure opinion about nearly everything that came out in a year.

Then again, it’s really not much different from how the past two years have been. Most of us haven’t really gone back to theaters in any meaningful way and, if we have watched any quantity of films, it was often done via streaming, usually way after the films came out, if at all. And what I’m noticing, with films becoming more like TV or streaming… they just become part of that mound of content and it becomes harder to have them stand out unless they’re one of the ‘major’ ones. For every Avatar and Top Gun, there’s a dozen other films that so many people might not ever know exist because they’re buried under a mound of other options on that same service they’re on. And, unless you’re someone on the lookout for things, you just see a name and a picture in a little box, and you don’t know what that is. It makes me feel doing this list is even more imperative than other years, since at least I have somewhat of an ability to introduce people (at least like, four of you) to cool stuff that’s out there.

One trend I did see this year, though, is that it feels like a year of self-reflection and self-indulgence. A lot of films feel like personal projects from their filmmakers, who either wanted to tell their own stories or tell the stories they’ve always wanted to tell (likely accelerated by all that down time that first year of the pandemic), often in such a way that you almost can’t believe they were even allowed to do it. That, to me, feels like the overarching ‘theme’ of 2022, and even though a lot of these films were divisive among audiences now, I do think they will end up being looked at as the most interesting things to come out this year. END_OF_DOCUMENT_TOKEN_TO_BE_REPLACED

Pic of the Day: “Here ma’am. Let me help you with these. Beautiful young lady like you shouldn’t be carrying groceries. Let a man do that for you.” “Now, I didn’t ask you for help, so don’t expect a tip.” “Oh, that’s okay ma’am. I’ll just take your car.” (25th Anniversary) 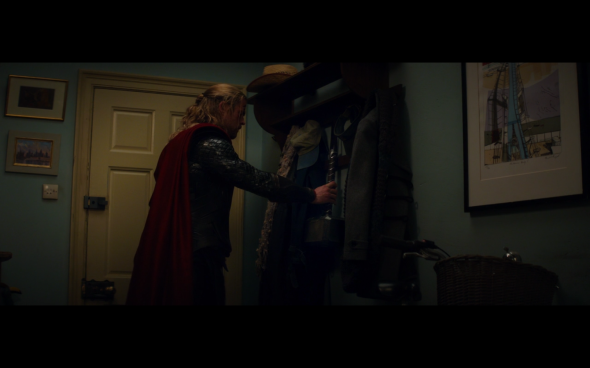 Pic of the Day: “Listen, here’s the thing. If you can’t spot the sucker in your first half hour at the table, then you are the sucker.” (25th Anniversary) 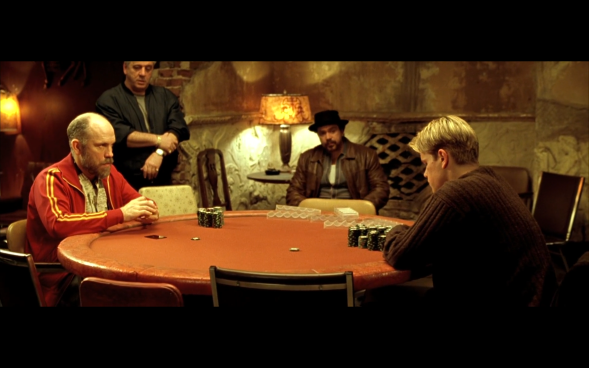 Pic of the Day: “You’ll always be a two-bit cannon. And when they pick you up in the gutter dead, you’re hand’ll be in a drunk’s pocket.” (70th Anniversary)

Pic of the Day: “A great day this has turned out to be. I’m suicidal, me mate tries to kill me, me gun gets nicked and we’re still in fookin’ Bruges!” (15th Anniversary) 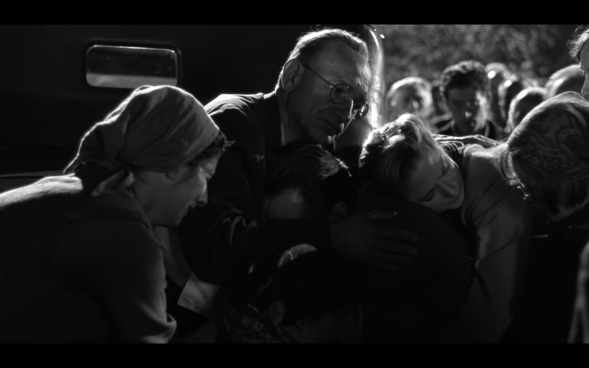 I think it’s interesting that, this year, my ‘lists’ are out before my Top Ten list. Most years in the past I did put out versions of these lists in early December, before the Top Ten. But in recent years, I feel like I’ve been putting these out in January, given the elongated Oscar timeline we’ve been having. And last year I know they came way late. But this is the first year they’re coming before my Top Ten list even drops. Which is kinda fun. Might lead the three people who read this stuff to wonder wha the hell the list is even gonna be.

This was a fairly easy one to compile for me. The performances were all pretty straightforward. There wasn’t a lot of fat to be cut from them or a lot of difficult decisions to be made. The posters I had ready in mid-December. The other lists were also pretty easy to compile. The scores (as they always do), took a bit longer. But I’m satisfied with my work and my choices.

As was the case last year, everything will be presented without comment. I hope you’ll find my opinions worth listening to enough to go seek out anything you’ve not yet seen. END_OF_DOCUMENT_TOKEN_TO_BE_REPLACED

Pic of the Day: “You know, Bill, there’s one thing I learned in all my years. Sometimes you just gotta say, ‘What the fuck, make your move’.” (40th Anniversary)

Pic of the Day: “Gatsby believed in the green light, the orgastic future that year by year recedes before us. It eluded us then, but that’s no matter – tomorrow we will run faster, stretch out our arms farther… And one fine morning – So we beat on, boats against the current, borne back ceaselessly into the past.” (10th Anniversary)

Pic of the Day: “You should ask someone else. There’s no happy ending with me.” “I still want to hear it.” (15th Anniversary) 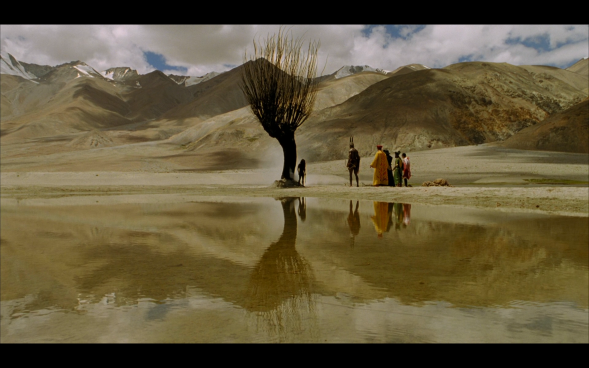 This is so weird. Oscar nominations morning has been and is always appointment viewing for me. And this year, I almost didn’t even watch them live. I turned on the livestream seconds before it started. And rather than spend the morning poring over everything as I usually do, we’re almost 12 hours later and only now am I actually putting any thought into them, past my initial reactions texting with people as they happened. Weird times, this year.

Anyway, let’s go over all the nominations that were announced this morning. I remember only openly going “oh wow” once during all the names, and past that there was only one minor surprise (and not even so much a surprise as much as a slight eyebrow raise of ‘oh, you guys actually watched that movie/went there’ more than a ‘I didn’t see that coming’). Otherwise, most of this year felt chalk.

Put it this way — I listened to the Documentary and Shorts categories get announced and did just about as well as I do every year and I literally didn’t watch any of them before I guessed. So yeah, it’s a weird year (and apparently I’m just really good at this). END_OF_DOCUMENT_TOKEN_TO_BE_REPLACED

Pic of the Day: “Hey, kid! How’d you like to play for the Chicago Cubs?” “Great! But I gotta ask my mom first.” (30th Anniversary) 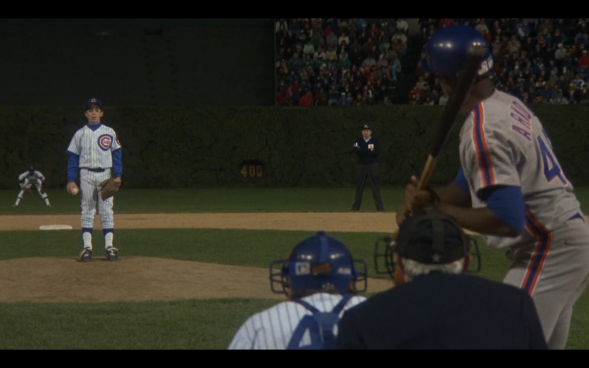 Oscars 2022: The B+ Nominations Ballot

This year is fully weird for me. The past two years were partially weird because of the pandemic, but this one went even further. Right as prime movie season/awards season was starting, I was in the middle of moving and starting a new job and all of that, so I paid no attention to anything. Even as I caught up with all the precursors, none of it really sank in. The first time I really sat down to look at the totality of this awards season was as I started putting together this article… four days ago. So I’m in tip-top shape, clearly. Which I guess is good. I say every year how I don’t look at anything else and purely go by what I can see and my instinct. What better way to do that than by fully going in cold (and still not even having finished writing up a Top Ten list yet)?

Anyway, here’s me trying to guess all the Oscar nominees that are going to be announced tomorrow morning. END_OF_DOCUMENT_TOKEN_TO_BE_REPLACED

If I were able to select the entire Oscar ballot, this is what I would nominate (again presented without comment past — I’m still working on International Feature, Doc Short, Live Action Short and Animated Short, so those I just picked five based on how I think things will go for me and will alter those once I finish watching everything).

All Quiet on the Western Front

The Banshees of Inisherin

Bardo, False Chronicles of a Handful of Truth

Everything Everywhere All at Once

END_OF_DOCUMENT_TOKEN_TO_BE_REPLACED 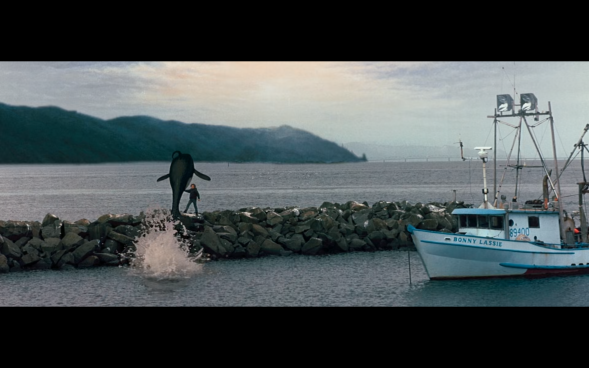 Pic of the Day: “So anyways, I was standing there waiting to use the pay phone.” “Yeah, he was, seriously.” “And this guy who was on the phone, turns around and tips his hat like this.” “And who do you think that guy was?” “Emilio Estevez.” “The Mighty Duck man, I swear to God, I was there.” “Of course you were, you were the one who yelled the Breakfast Clubber’s name.” “I was like, ‘Emilio!'” (25th Anniversary)