Hugo and the History of the Movies (Part III)

Yesterday we covered all of Hugo before the dramatic turn reveal through that the film is not about Hugo or the automaton or even Georges Méliès, but rather about the movies.

This is the part where it gets exciting for me, because I get to talk about the reason I love this film so much. Yesterday, I left off with the cover of “The Invention of Dreams.” Today, we’ll dive into just how Hugo is about the history of film, what it tells us, and how it manages to teach viewers about film history without them even realizing it. (It’s like that old tale of the kid not liking a vegetable, and then eating it without realizing it and going, “Oh, I guess I do like that.”)

Today, we go back through a history of the movies:

END_OF_DOCUMENT_TOKEN_TO_BE_REPLACED

Hugo and the History of the Movies (Part II)

Yesterday, I talked about the first 12-13 minutes (depending on whether or not you want to count the opening studio logos and such) of Hugo and how brilliant they are. 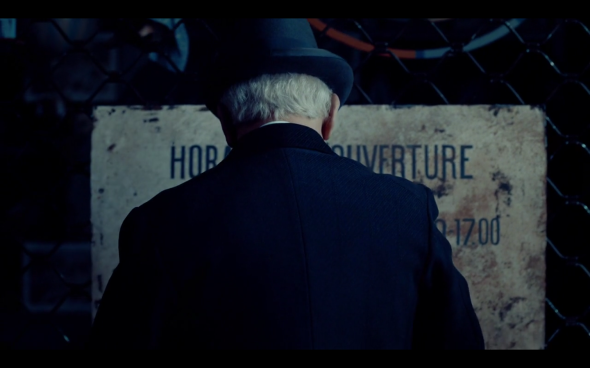 END_OF_DOCUMENT_TOKEN_TO_BE_REPLACED

Hugo and the History of the Movies (Part I)

This was originally going to be my 1,000th post. I was thinking of something to write up, and saw that the article I wrote about my favorite moments from the film was getting a ridiculous amount of traffic as compared to everything else (I guess because of the HD screenshots), so I figured, “Well, that would be fun to talk about how the film relates to film history and all of that, plus I can throw in a lot of screenshots, and make it like those Tron articles (which still get by far the most views on the blog, because people just link to all the pictures).” Basically — fun, and a calculated risk to boost traffic. Because if you can, why not?

So my plan was to write up an article with screenshots about, as the title says, Hugo and the history of the movies. Only, with me, nothing is ever that simple. I started watching the film again (third time now) and then my film student brain turned on, and I started noticing all these great moments, which turned into a whole film analysis, and — it became a whole thing. I can never contain myself to just one article. Ever.

Anyway, here’s part one of me talking about Hugo and its use of and reliance upon the history of movies (as well as some other stuff. Mostly about how Martin Scorsese is a genius). END_OF_DOCUMENT_TOKEN_TO_BE_REPLACED