Objectively, this is probably #1. Well — top three no matter what. I feel like, this and Snow White are probably in top three no matter what. To me, this is, not counting Snow White (which has to be the “greatest,” being the one that started it all), their greatest achievement. It’s a great piece of art, animation, and a great film on top of it all.

However — it’s not #1, because — when I watched it, I realized — I hold this film in very, very high regard, and I love it. But when I watch it, there are a few segments where, while the animation is great, they’re a bit slow for me, and it’s the kind of thing where I’d consider forwarding through some of it unless I was totally on board with watching the whole thing. Whereas the film I put at number one (which should be obvious by now) is a film where — I’ll watch that one all the way through, every time. And it feels like an experience. So, for fun purposes, I put this at two. But, in terms of full packages, this was so close to being my #1. (I also felt it would have been a really easy choice for #1, which is another thing I didn’t want to do.)

Either way — it’s fucking Fantasia. If this isn’t in your top three (okay, top five if you’re doing the list like I am, based on how much you like them, and top ten if you’re totally batshit and have weird tastes), you’re delusional. 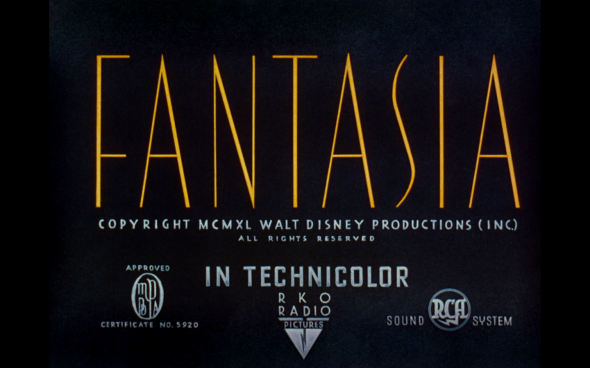