Pic of the Day: “All right, fellas, here’s your story: North Pole, November Third, Ned Scott reporting. One of the world’s greatest battles was fought and won today by the human race. Here at the top of the world a handful of American soldiers and civilians met the first invasion from another planet. A man by the name of Noah once saved our world with an ark of wood. Here at the North Pole, a few men performed a similar service with an arc of electricity. The flying saucer which landed here and its pilot have been destroyed, but not without causalities among our own meager forces. I would like to bring to the microphone some of the men responsible for our success… but as Senior Air force officer Captain Hendry is attending to demands over and above the call of duty… Doctor Carrington, the leader of the scientific expedition, is recovering from wounds received in the battle. And now before giving you the details of the battle, I bring you a warning: Everyone of you listening to my voice, tell the world, tell this to everybody wherever they are. Watch the skies. Everywhere. Keep looking. Keep watching the skies.” (70th Anniversary) 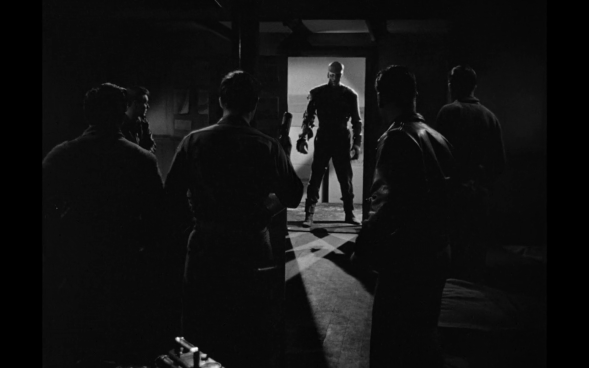 This entry was posted on October 16, 2021 by B+ Movie Blog. It was filed under Movies, Pic of the Day and was tagged with Pic of the Day.