Pic of the Day: “Remember, remember, the Fifth of November, the Gunpowder Treason and Plot. I know of no reason why the Gunpowder Treason should ever be forgot. But what of the man? I know his name was Guy Fawkes and I know, in 1605, he attempted to blow up the Houses of Parliament. But who was he really? What was he like? We are told to remember the idea, not the man, because a man can fail. He can be caught, he can be killed and forgotten, but 400 years later, an idea can still change the world.” (15th Anniversary) 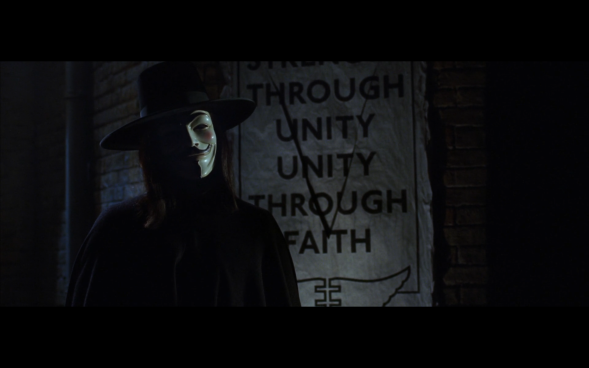 This entry was posted on November 5, 2021 by B+ Movie Blog. It was filed under Movies, Pic of the Day and was tagged with Pic of the Day.