Fun with Franchises: Our Favorite Images from The Marvel Universe – Thor

That said — here are our favorite images from Thor: 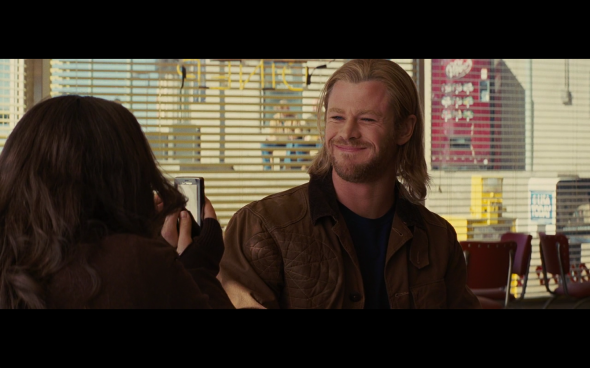 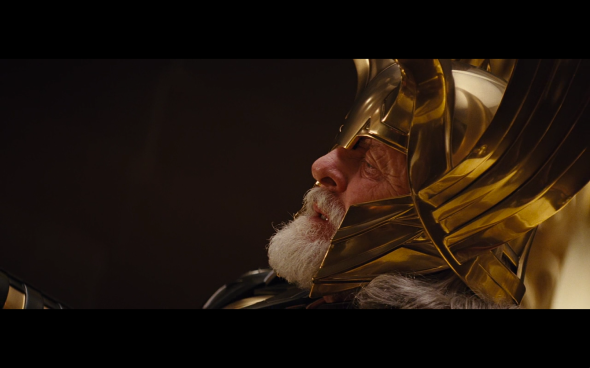 There are a lot of canted angles in this movie. In fact, at times, it can be hard to find angles that aren’t canted. That said, there are a lot of good ones, and it should be noted that canted is better than nothing in any case.

That basically covers everything I was gonna say. I’d rather have canted than nothing. Plus, canting reminds me of noirs, which is never a bad thing. But mostly I appreciate that he did something to try to liven up what was gonna be (since there’s only so much you can do with a Marvel formula).

Really, I think this can be covered with, “I just can’t.” — Kenneth Branagh

Wait til we get to Thor 2. You can tell a real director worked in this and at least tried to do something that looked nice when he could.

Love me some symmetry. Particularly the vault image. I like the pattern on the far wall, which brings us to…

Yeah, I just told you. Doesn’t that look nice? Who came up with this set? The set design was a little over the top here and there in this movie, but I have to admit that some of it really stood out. This was a great set.

I love the camera placement of this. You’re right there, on the ground, and the set becomes almost weirdly oppressive, with the ends pushing in, and the white top being left open just enough — it just feels like it’s pushing back on you as you walk up it.

It also looks like the Star Trek symbol, that wall.

Or maybe the Avengers A.

Which is pretty oppressive.

I want to enter rooms like this. All the time.

I used to watch professional wrestling when I was 10. No one came out like this.

He showed up riding Butt Stallion in a flash of amazingness. This is a great image. 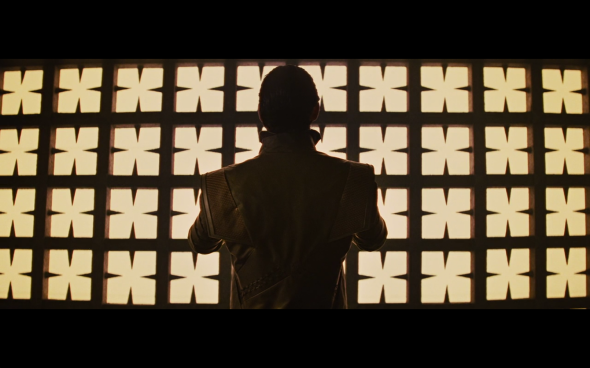 I like the simplicity of it. The wall pattern taking up the entire image, with him right in the center.

Plus, this is a big moment for him, and I really like that we don’t see him from the front. Big fan of when directors have the balls to do that.

Notice that there’s a lot of symmetry and a lot of this set? 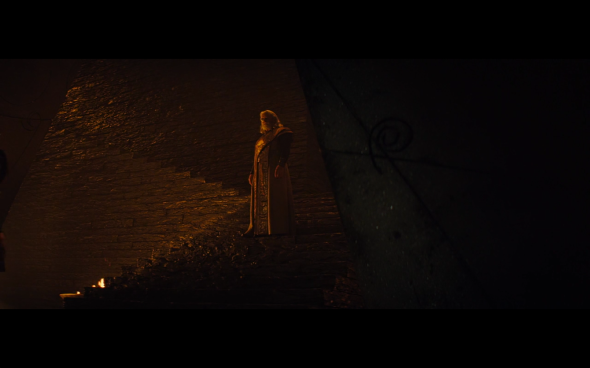 Goddamn, look at this. it’s the multiple planes of the steps that got me. Plus the simplicity of it just being him and the wall. My favorite image in the film.

Love the way they set this up. It’s a set built on a stage. That looks amazing.

This is just like that shot from The Artist, right?

It’s a tree made out of frozen lightning.

Plus this set is cool and I like all the circles.

Mostly it’s about the tree, though.

Ice lightning trees are pretty cool, as these sets go. Like I said, stuff gets a bit over the top, and I like that this when black and white, mostly. This set is usually a bit too gold for my tastes, so this was a good touch.

He’s so fucking good as this character. Specifically in this moment. “You can’t commit genocide.” “Why not?” *crazy laugh*

I don’t want my disdain for this movie or The Avengers lead anyone to believe I don’t like Hiddleston. He’s really good. He did better with this character than most people could have. A big part of that is being British, but you know. There it is.

This is a mix of the Gone Girl poster meets The Assassination of Jesse James. And in this movie, that’s good enough for a top ten shot. 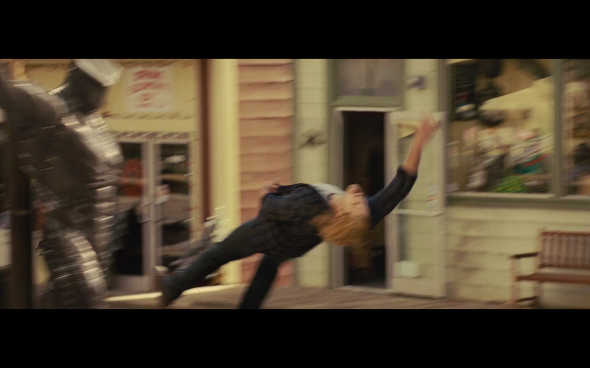 Real set. Steps. Water. Tell me this isn’t that moment the peasants abandon their child so the maniacal clergyman doesn’t murder it.

I’m guessing Mike chose this cause their port is a big helmet thing. Good sky. The rest…meh.

I think it’s more because of the sky. I like that their sky looks pretty great. And you get this wide shot of whatever Asgard is supposed to be.

I’m not really sure where this came from. It’s CG as fuck, but does look nice. I guess. 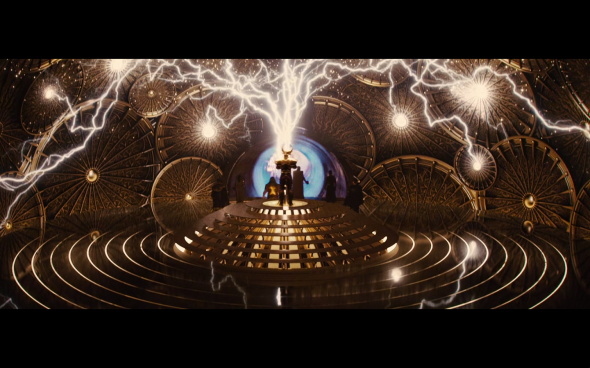 I like that lightning can just happen in this place and everyone’s cool. Also, nice set.

Symmetry, and not TOO gold. It’s like the ice lightning tree without the ice. So…I’ll take it. Lots of those in this movie. “I’ll take it.”

It’s abstract, and this is your classic hero/Superman shot. I appreciated it.

It’s better as a shot, because you can imagine him yelling HOOOOOOOO 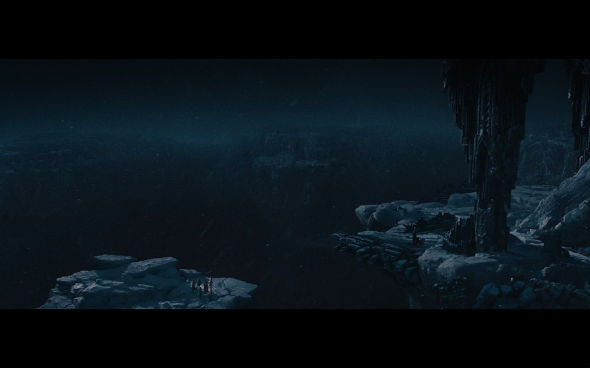 I’m kind of against these, if I’m honest. Not these shots in particular so much as I’m against these movies constantly shoving dark places in our faces. Dark, heavily CGI’ed places. Don’t care anymore.

I agree with you. I’m against more than half of what these shots represent. But since we’re in this movie, and I have to pick shots I like, I’m cool with super wide shots of a place, even if it’s in the dark and almost entirely CGI.

The idea behind this is that it’s thematically exactly what their relationship is supposed to be. Loki getting in his ear and tricking him into something rash.

Now that’s just creepy. In a good way. But still.

The only thing you can say is….look at these assholes.

They made an Idris Elba ice sculpture. I want one of those at my wedding.

Because seriously, is this not the equivalent of the ending of the Flintstones credits?

Good angle, no bullshit, cool pattern, simple shot. This is the sort of thing I’d put on the list list because I’d never expect them to do something like this.

We always go for a y’all are surrounded shot. This one’s on the rainbow bridge. Had to bubble a lot of goobies to finish that bridge.

Tomorrow we give our final thoughts on the film.