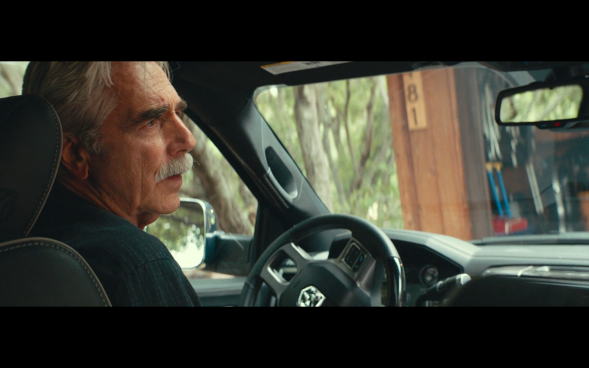 I wasn’t expecting this performance to have the emotional heft that it did. I figured it would be good, but not top ten of the decade good. And I think what made it for me is the fact that Bradley Cooper built part of his performance around Elliott’s voice. Which added another layer to their relationship that only becomes spoken in that big dramatic moment at the end in the car. But it is nice to see that they added the brother character, who hadn’t been in the other versions of the film, and it does add an extra layer to the Jackson character. You get to understand why he’s a drunk and why he does self-sabotage so much. And then Elliott is there, playing such a softer version of his screen persona in all the right ways. Seeing him have real moments of emotion, actually breaking down, is really powerful. To me, the best scenes are when they’re backstage at a show and fighting, and Elliott is trying to get Cooper to wear earplugs or just take care of himself, and Cooper keeps fighting back, causing Elliott to get frustrated, while also understanding him the entire time. You really feel like one character raised the other one.

I’m not a particular fan of Leto’s, but there’s no denying the impact of his work here. To me, what makes the work so impressive is the fact that it’s such an ‘obvious’ character. It’s Oscar bait. The entire role is Oscar bait, so in a sense, it’s easy to do a good job with it, but also harder to do a really good job with it. So I was doubly impressed to see Leto rise above the strength of the character he was given, providing some really strong emotional moments, particularly at the end when he breaks down. At this point in the list, a lot of what’s left will be performances that have won, so there’s really not much to add about why they’re great. We all just kinda know instinctively because we saw them. 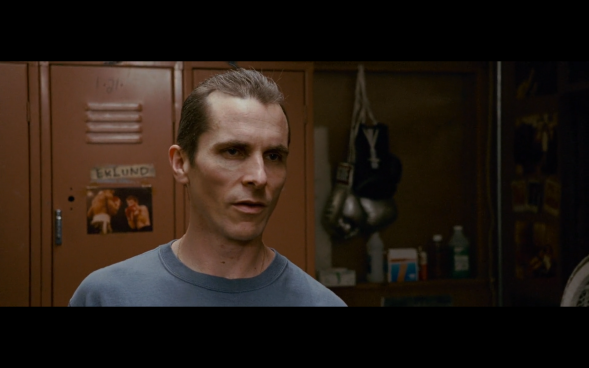 One of the few times in my life where, after seeing a performance, I went, “He’s gonna win an Oscar for this.” A lot of the time I’ll go, “They should get nominated,” or, “They will get nominated,” but it’s rare for me to know straight out — this is going to win. And that’s how I felt with this one. Bale is just the most dynamic thing on the screen full of a lot of dynamic things. The former boxer turned crack addict — Bale uses his ability to lose weight and insane ability to morph into a character to really just make one of the most fascinating characters I saw this decade. The fact that it’s based on a real dude is even crazier. So, when I saw this movie for the first time (which I believe was on Christmas Day, if not Christmas Eve), McConaughey showed up in his scene and just stole the entire movie, and I spent the next twenty or thirty minutes wishing he would come back. And then Jonah Hill showed up and I completely forgot McConaughey was even in the movie. He just so far and away steals the rest of this film. Leo’s very good, but Leo has an ability (and he’s done this every time he’s been nominated, get his supporting actors nominated too) to, alongside all the great stuff he’s doing, let his costars steal scenes from him. It’s crazy how much he does it. But, speaking to Hill in particular — at the time I wasn’t quite sure why they nominated him for Moneyball and didn’t see where his skills were as a great actor and not just a great comic actor — but I saw it here. This character is just great. You can see him build this dude from the ground up, with the hair and the teeth and the way he speaks and moves his body. Somehow, in the funniest sequence in the film (and we all know which one is is), Leo has what should be the best and funniest moment, when he’s trying to crawl down the stairs to his car. But then he gets home and Hill just completely steals the rest of the scene. It’s so goddamn funny, watching him flail around. I can’t name many performances from this decade I flat out enjoyed more than this one (and yes, six is the number).

It felt like such a crime when they didn’t nominate him for this performance. Sicario’s great on its own, but nothing in it was better than the enigma that is Del Toro’s character. Watching him just sort of sneakily hang around all the scenes, never knowing what his motivations are or what his purpose is, and slowly having it all come into focus, culminating in that amazing Mexico sequence. He’s one of those actors who’s always great but only once in a while gets a role that really makes us all remember how great he is and how great he can be in the right situations.

5. Lucas Hedges, Manchester by the Sea

Talk about just pure emotion. It feels like he’s played variations on this same role a bunch (though lighter, for the most part) since then, but the put gut punch that was this performance still stuck with me after all these years. Casey Affleck is in another world with his performance, but Hedges manages to get damn close to him. I think some of his ‘coping’ scenes (him with the girlfriends) negate the performance a little bit, but overall, it’s a tremendous piece of work, and it’s those moments where he starts to lose it (I can’t get over that freezer scene. That scene gets me every time) that really shows the heights the performance reaches.

It’s a real testament to Dafoe’s ability as an actor that he went into a film full of non-professional actors and blended in so seamlessly. This dude just was the manager of that motel. He felt like that due. I’m not sure I can pay him a better compliment than ‘I completely bought him as a regular guy’, so I’m not even gonna try. It’s an incredible piece of work. 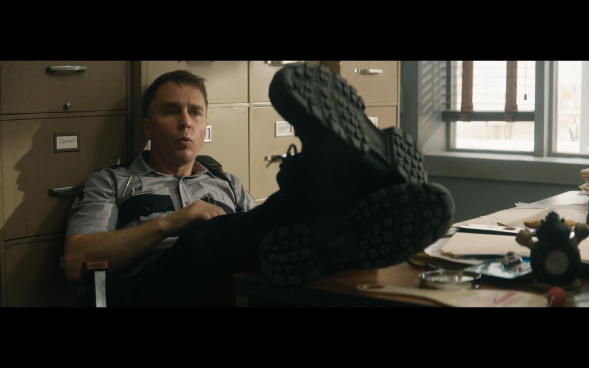 McDonagh workshopped this character in Seven Psychopaths and really hit the bullseye with him in this one. He gets the perfect mix of funny Sam Rockwell mixed with ‘idiot’ Sam Rockwell in those early scenes, and then he flips the switch on you, turning him into… I’m not gonna say a redemptive character, but definitely a character where you end up on the other side of where you were with him when you first met him. It’s that bar sequence, when he gets the DNA off the guy that really hits home. That’s the scene that won him the Oscar and the scene that makes this character one of the best of the decade. It’s a testament to how much we believe in his character, too, that the moment a little bit earlier, when he’s got the gun, and you think he’s either gonna go kill Frances McDormand or kill his mother and himself — the fact that in that moment, you’re like, “Oh fuck,” because you’re sure he’s gonna do one of those two things, that’s how good the performance is. Because you understand what drove him to that point. It’s an astounding piece of work. 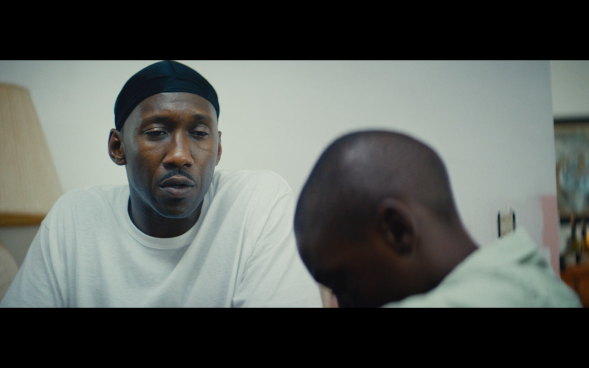 I couldn’t take my eyes of this performance. It’s just transcendently perfect. He’s so good that he’s only in a third of the movie and it doesn’t matter. That’s how strong and how memorable he is. His shadow is cast over the next two parts, he’s so good. That table sequence, where he’s answering Chiron’s questions, is one of the most perfect scenes I saw this decade. Everything Ali does in that scene is some of the best acting you will ever see. A richly deserved Oscar for a performance that honestly would have been my #1 in most other situations.

It’s not even close. How can this not be considered the #1 supporting performance of the decade? You almost want to consider him a co-lead, but it’s the fact that you’re very aware of when he’s not on screen because the movie is less interesting that makes him the #1 supporting performance of the year. Every scene with him is perfect, and he’s so good in this role that he created an archetype for characters like this moving forward. This will be the one we all compare everything remotely similar to this to going forward. It might be the single… well, no, Daniel Day-Lewis is still #1 there, but it’s almost the best single performance of the decade. And that is my tempo.

This entry was posted on April 5, 2020 by B+ Movie Blog. It was filed under Movies and was tagged with 2010-2019, Favorite Male Supporting Performances of the Decade, Film, Movies, Top Ten, Top Tens of the Decade.