I hate 1981 as an Oscar year. I love it as a year for great films and performances. All of it stems from the Academy selecting Chariots of Fire as Best Picture, which is the single worst picture in terms of quality to win Best Picture. Nothing comes close. This film is not good.

Then, Warren Beatty wins Best Director for Reds (talked about here) and Maureen Stapleton wins Best Supporting Actress for it, both of which are pretty acceptable decisions. Then Best Actor (talked about here) and Best Actress (talked about here) were Henry Fonda and Katharine Hepburn for On Golden Pond. Fonda’s Oscar had to happen, and there was no other alternative. It’s a great decision by default. Then Hepburn’s Oscar is acceptable, even though I’d have gone another way. So that’s 1981. Pretty solid, except for the terrible, awful, soul-crushing decision for Best Picture.

Which beings us to this category. I love it. Jack Nicholson always brings class to a category. Then you have Ian Holm, great actor. James Coco, who was fantastic in the role and was also in one of my favorite movies of all time, Murder by Death. And then there’s Howard Rollins, which, it’s nice to see a black guy get in there. And then John Gielgud. A living legend. Not to mention — Arthur is legit one of my top 20 favorite films of all time. It’s so fucking funny. I love this decision so much.

James Coco, Only When I Laugh

Pic of the Day: “Guy teaches me drumming down there, says I’m a natural, arms made of pure gold.” 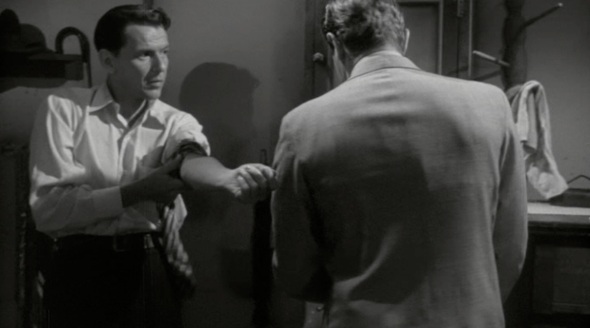