It’s good to be back. Welcome to the second season of Fun with Franchises. We take long breaks because we bring the quality. We’re welcoming it back with a franchise that’s sure to lead to some interesting discussions between the two of us — The Matrix.

The way Fun with Franchise works is: my friend Colin and I, we realized it was insanely fun for the two of us to watch the same movie separately, and then write jokes about it. The fun being that we each bring in our own observations, and then play off of each other, and somehow, despite watching these movies completely separately, always manage to say the exact same things at the exact same times. It’s basically what you do with your friends when you watch movies together, except we’re doing it completely independently, and then combining notes. Trust me, it’s way more fun than it sounds when I explain it. Also, just so we’re clear, this is all for parody. We’re just messing with them because we love them. (Well… Twilight…)

Originally, we started with the Bond movies, and that was so much fun it graduated from a one-off to a series. Last time we did this, we did the Harry Potter franchise, Star Wars, Lord of the Rings, Twilight (which neither of us had ever seen before we watched them for the articles), and Pirates of the Caribbean. You can read all those articles here. They were so much fun for us, we decided to continue. If you’re gonna have fun with franchises, it wouldn’t be right if you didn’t franchise it.

So that’s essentially Fun with Franchises. Right now, we’re doing the Matrix franchise, and today is the first part of The Matrix.

END_OF_DOCUMENT_TOKEN_TO_BE_REPLACED 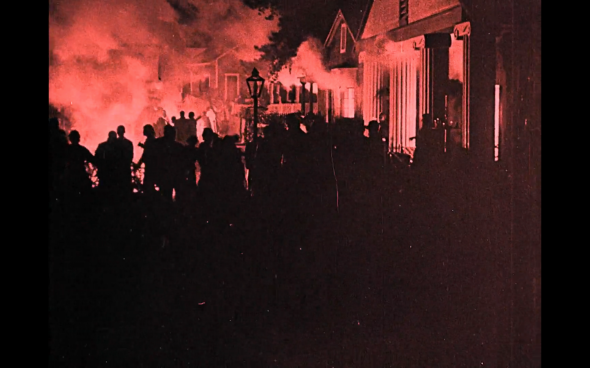