The 60s is almost like two decades in one. It’s the only decade that has a decided shift in the types of films that got made. It’s because all of Hollywood changed 2/3 of the way through.

List-wise, this one was easy as hell. 12 of these movies are in my top 100, so really all I needed to do was figure out which two were getting left out of the top ten. And the 11-20 only got difficult because I had to leave off a bunch of good stuff I love a lot. This, more so than the other decades, is full of really obvious choices that just about everyone would have as a ‘best of the decade’ list. I’d say there’s only like two or three personal choices that are really just my own personal preference.

For methodology purposes, the way I compile these Top Tens of the Decade lists: I take my top ten for each year of the decade, throw them all together, and simply whittle it down until I find what I feel are my ten favorites from that decade. Not the best, my favorite. That’s really all it is. I feel like if I can figure out what my favorite films of all time are, then I can figure it out by specific decades. END_OF_DOCUMENT_TOKEN_TO_BE_REPLACED

Pic of the Day: “Why do you work at it so hard proving you’re a son-of-a-bitch?” “Because I am. It’s my profession and I’m on top!” 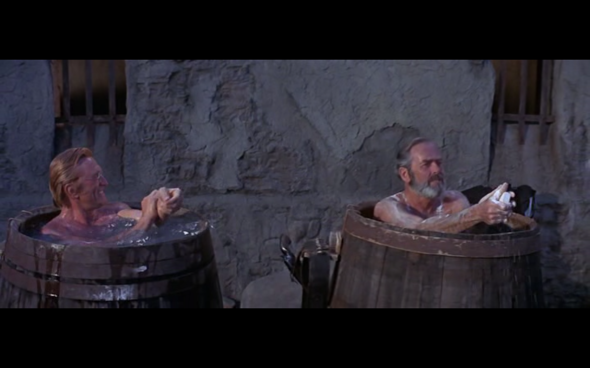