These are my favorite female supporting performances of the decade:

I love a good breakthrough performance, especially when it’s a scene-stealing sarcastic character. That’s exactly what Abby Quinn is in this movie, playing Jenny Slate’s younger sister. She had me from the opening scenes, where the family is driving back from their vacation cabin and Slate had just fucked her boyfriend in the woods, and as she and Quinn are arguing, Quinn pauses and says, “I can see your boyfriend’s cum stain.” That pretty much sold me on the character. And it’s a nice performance. She shows that she should be stealing scenes in a lot of movies going forward.

I’ve always loved Keira, and it was nice to see her in a big movie again, since she tends to disappear for a while. She has a nice role, as a crack code-solver who becomes an important member of Turing’s team, and, eventually, his beard. She has some really nice moments, even if her character is a bit underutilized. But it is really nice when Keira gets a big role in a big movie to show how great of an actress she is. 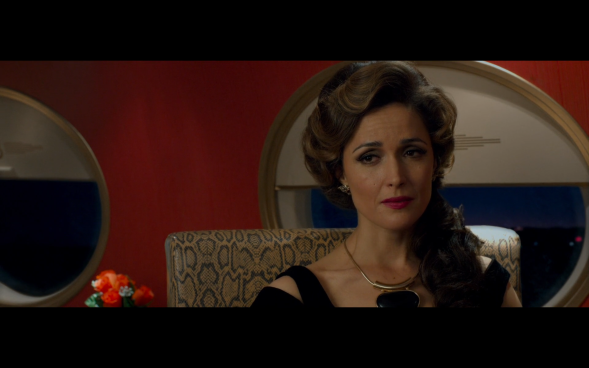 She’s really funny in this movie. It’s funny that she started as a dramatic actress and never really found her place there and then became one of the go-to comedy actresses. Here, she gets some great moments, getting to be the villain and be funny. The way she delivers the ‘what a stupid fucking toast’ line is worth a spot on this list along. Just the way she says it actually got me to physically laugh out loud, which is something that rarely happens when I watch studio comedies nowadays.

She’s been one of the most underappreciated actors working this past decade. She had a period at the beginning of the decade where she was in a bunch of things in a very short time span and always made an impression and was often the best thing in the film. It was hard to pick a particular performance (since I could have had her in A Late Quartet, A Long Way Down, Green Room, The Art of Self-Defense), but I went with this one, just because it’s such an out-of-left field choice, and I appreciated how she played it. The film is a Peter Bogdanovich film, and if you’ve watched anything by him, most of it is throwbacks to old genres. Remember What’s Up, Doc?, with Ryan O’Neal and Barbra Streisand? It’s great. It’s a throwback to 30s screwball comedies like Bringing Up Baby. This is him trying to do that again, of a sort. She plays a call girl who wants to be an actress who ends up in a famous director’s room and becomes the star of his show and a famous actress because of it. It’s a very Woody Allen-type plot, and the thick Brooklyn accent she uses is somewhat reminiscent of Mira Sorvino in Mighty Aphrodite. She’s by far the most dynamic person on screen, and this felt like a good representation of how great she is in everything she does (though also shout out to A Long Way Down and A Late Quartet. Those are also performances that could have easily been on this list instead). Keough’s another actress who is often one of the best things about all her movies, and she rarely gets a role that showcases her in a proper way. I was torn between two performances for this list (since we are at the tail end and space was limited). I almost went with her in Logan Lucky, but I feel like that character isn’t given enough to do and is pretty much all there, unlike this one. What I liked about her character here is that there’s tantalizingly little of her, yet through how she plays it, you get a real sense of the rest of this person that’s not necessarily on the screen.

Everyone remembers Natalie Portman in this movie, no one remembers Barbara Hershey. It’s a really nice performance, because you never quite know what the deal is with her. She’s Portman’s overprotective mother, and you’re never quite sure if she’s protecting her for good reasons or bad reasons. Is she doing it for her own gain, or is she doing it to foster the best environment for her, or is she doing it to protect Portman from herself? And the movie, being a psychological thriller, never really gives you an answer in any direction, which is nice, though it also doesn’t give you enough of her character to really make it reach the heights it could. But still, it’s a very memorable performance and it’s always nice to see Hershey back on the screen.

She’s awesome here. There’s not really much I can say about the performance, since the beauty of it is watching it unfold, all the way through the end of the film, but it is a very cannily average performance in a lot of ways, and one that benefits from seeing it a second time, after you know all the film’s little secrets. But it is definitely one of the more solid performances I saw this decade (also shout out to Kim Cattrall, who is also quite good in the film as well). 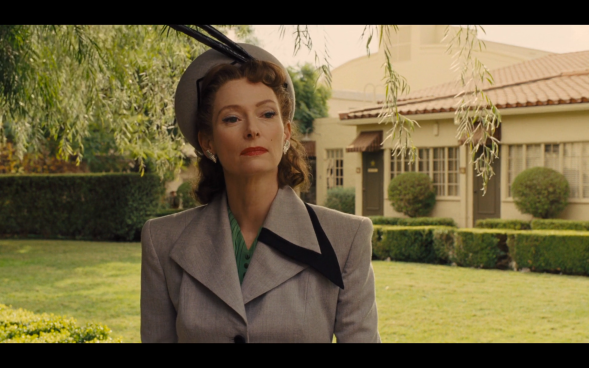 This is one of the films from the decade that turned every Tilda Swinton performance into an event. Everyone just sort of got on board with the notion that there’s gotta be something interesting or offbeat about her work that makes it a quintessentially ‘Tilda’ performance. Here, she plays twins (which she also does in Okja, which I also could have had on this list), based on Louella Parsons and Hedda Hopper. Basically, she’s two twin sisters who are rival gossip columnists and who hate each other. So they’re always competing for stories. And the film gets a lot of great moments out of her showing up as one sister and then immediately showing up as the other a few moments later. It’s quite fun. 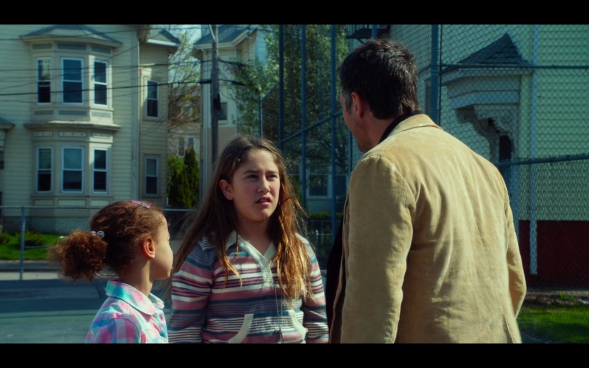 This is an interesting one. It’s the writer-director’s actual daughter, and she’s playing her as a child. The film is about Maya Forbes’ relationship with her bipolar father, and she cast her own daughter as a younger version of herself. Mostly what I liked about it is how she felt like a real child. Not a stage child or not a ‘film’ child. She just felt like a real kid. None of her moments felt scripted and it just felt like it would be with any child that age, and as such, the performance really impressed me a lot.

This is one of those times where someone came on the screen as a character and I immediately went, “Who is that?” Because she was Jordan Baker. Everything I imagined Jordan Baker to be having read that novel, that’s what Elizabeth Debicki put on the screen. Every time she was on camera, you just wanted more of her. It’s one of the most auspicious debuts I saw this decade, and instantly turned her into one of those actors I wanted to see and looked out for whenever she was in something new.

This entry was posted on April 6, 2020 by B+ Movie Blog. It was filed under Movies and was tagged with 2010-2019, Favorite Female Supporting Performances of the Decade, Film, Movies, Top Ten, Top Tens of the Decade.