These are my favorite female supporting performances of the decade:

I had been somewhat critical of Kidman over the years, largely stemming from outside factors unrelated to her ability and general performance level. But in recent years (this decade), I have come around to realize how great of an actress she is, and what risks she tends to take when she really doesn’t even need to. Here, though — I hadn’t really seen her go for the ‘mother’ role before this. And it was an interesting step to me, especially since when an actress gives in to those roles that signify ‘middle age’, it’s almost an acknowledgment that the great parts aren’t really out there anymore for them. So I expected her to not really have anything to do in this movie and just sort of be around. So imagine my surprise when she’s actually quite good and has a couple of scenes that are really touching. At the time, I was very much ready to dismiss the performance and downplay all the acclaim she’d been getting for it, so when even I came out saying it was one of the best performances of that year, that should tell you about everything you need to know about how good she is in the film. I loved her here. I honestly didn’t even realize it was her until I saw her name in the credits. I was watching the film and thought, “This landlady is amazing. Is this some random actress they pulled?” And then I saw in the credits it was her and was shocked. I mean, if I’d paid any attention I’d have probably realized it was her, but for some reason I didn’t. Still, she’s great. The movie is built around Saoirse Ronan, and you get the two guys she’s romanced by, but other than that, most of the roles are next to nothing in terms of being able to leave a lasting impression. But Walters manages to do that. She’s no stranger to scene-stealing performances, but truly… this feels like the perfect Irish landlady you’d have found in those 40s and 50s movies. It’s just this side of Barry Fitzgerald, too. I loved everything about how she played this and it’s one of the more underrated/underappreciated performances people know about from this decade.

In a movie that is very uneven and probably the weakest in Alexander Payne’s career, she was the standout that most people agreed was the best thing in the film. It’s a tricky role, too. It could so easily be seen as very racist. But she being Vietnamese herself and also bringing a sense of humanity to the character keeps it from going off the rails. She feels like a real person rather than a one-dimensional stereotype, and that’s as impressive to me as anything else she does in the performance. I’ll admit that I enjoyed her in Inherent Vice more than I did here, but this is clearly the better of the two performances by a mile.

It’s the best dramatic work I’ve ever seen her do. She started in dramas and is usually very good, but rarely do I go, “That was a really great performance.” I did that here. It’s almost a thankless role, since you have two actors playing Brian Wilson and Paul Giamatti gets to play the evil psychiatrist. And you get the ‘dad who is the cause of all the psychological problems’ role in there to boot. She gets to play the redemptive woman, and in a movie like this… not one takes notice of that. But honestly, she’s really good here. She gets more meat on the bone than most would in this situation and I think she makes more of an impression than other actors would given the same part.

Another ‘dying mother’ role. This one got some notice at the time, from people wanting to get her on awards lists, but the film never got seen and was almost forgotten about immediately (and is also near impossible to find now, to boot). But still, Nixon’s performance is really strong, and is the best dramatic work she’s done on the screen. The role is one that feels like it would normally get shouted out by default, but to me, playing such an obvious trope — you gotta bring it in order to truly earn it. And I think she does bring it enough to earn a spot on this list.

I always refer to this performance as ‘Nurse Ratched of the Nunnery’. Because that’s what it is. Nothing new here at all, but Leo plays the character with such aplomb it’s hard not to like it. The role is interesting too — nun very set in her ways who loves the traditions of the church who rules her convent with an iron fist but is struggling with the church’s newfound sense of leniency in order to keep members. Which plays out in her training of the new nuns, as she believes what they’re doing is wrong and everything that’s been done is perfectly fine. It’s good stuff. You’ve seen the character before, but that doesn’t mean it’s not a great performance. 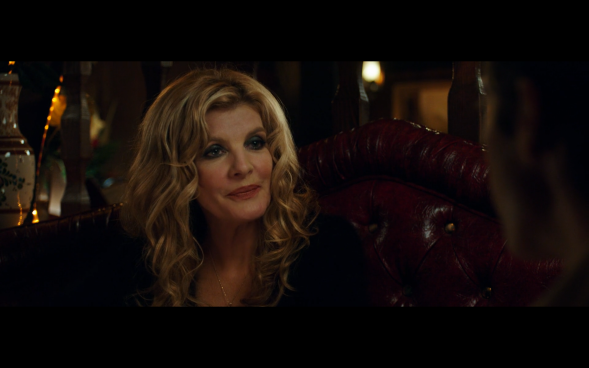 This movie made us realize how much we like her and how little we’ve seen of her in about 15 years. It’s a great part, too — the aging female news exec who knows she needs to keep ratings up to keep her job, so she enters into an alliance with a shady character, willing to do (and air) just about anything to achieve that. Hard to have a list of performances like this without this one on it.

I mentioned when I shouted her out on the lead actress list that I saw her in two performances in very short time and both made me go “who is that”? The other was A Royal Night Out, which could have made this list but did not. This performance is the first one since those other two where I thought, “Oh, now this is a role that will get her noticed.” Of course, no one saw the film, so that plan went out the window. But still… it’s a great performance. She’s the main character’s sister, who is drug-addicted and dating a drug dealer and pretty open about the whole thing. She has some great moments, even if her character is a bit ignored for much of the film. Still, you can see that flare in her performance that makes her stand out and shows what a great actor she is. 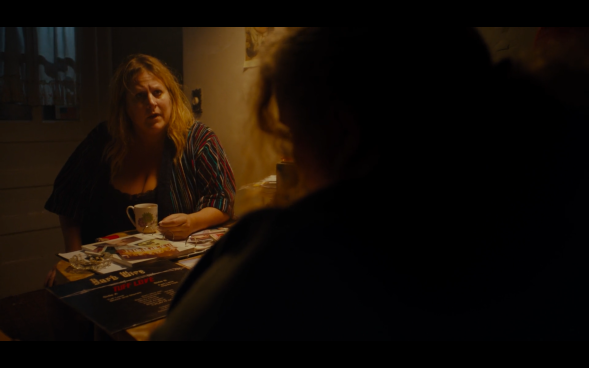 Patti Cake$ as a film works for two reasons — the songs are great and the performances are great. You have to buy the fact that she can rap and you have to buy the mother-daughter conflict for the movie to land. And it’s a testament to both Danielle Macdonald and Bridget Everett that the latter works. It’s a great character — a former singer who cut one rock record in the 80s that really never did much past locally who now owns a bar and drunkenly sings for all the cops that inhabit it. And of course she doesn’t understand her daughter’s dreams, partly because she came up in a different era with different music and partly because her own career doing the same thing failed. She’s got some really great moments throughout the film, and a really fantastic one at the end that remains one of my favorite moments all decade. It’s a really underrated piece of work.

61. Andrea Riseborough, The Death of Stalin

She is the secret weapon of this film, and honestly the secret weapon of most films she’s in. It’s a really funny performance, and one that stands out among the men that populate the rest of the film. (She’s also really great in Battle of the Sexes, too, which also could have been put on this list.)

This entry was posted on April 9, 2020 by B+ Movie Blog. It was filed under Movies and was tagged with 2010-2019, Favorite Female Supporting Performances of the Decade, Film, Movies, Top Ten, Top Tens of the Decade.