Similar to what I said about The Witch, this is another film that, while I can’t say I loved it (the first 3/4 are really solid, but fall apart in the third act), the effort is crazy good. There’s just a sure hand behind this movie, and you can tell that Aster is a man of visual and storytelling talent. The only failings of this film, to me, are narrative (same for Midsommar, though a bit more so). He hangs this atmosphere over you to the point where, in the first half, you’re not really sure what you’re gonna get, while in the second half, you feel like you know exactly where it’s going, but you don’t know what path it’s gonna take. And it’s just fascinating to watch him put that all together. Some of the stuff he did, I wish it paid off more (like the dollhouses), but overall, I really love the effort a lot. And most people will call this one of the most memorable and well-made pieces of horror that came out this decade.

Ridley is one of those directors who is a master of his craft, working through every genre and always making solid movies, even without a particularly definitive visual style. Yet, there’s just a grace and class to all his movies and they always just sort of work. This is one of those where, no one would ever say this is the best directorial effort ever, but the fact that the movie is as good as it is is a testament to his ability to take a good script and a good cast and turn out a great film. It’s like Alexander Payne. No one talks about his direction because it’s understated and just really good. That feels like Ridley. He never overpowers the film with overt choices, yet every one he makes always feels like the right one. And besides — a great movie is often the result of everything working, and rarely works in spite of bad direction.

Two space movies back to back. This is a movie that, for me, is 80% visuals, 20% story. Because it’s basically just Heart of Darkness in space, only with the father-son element to it. And Pitt doesn’t say all that much, so all his acting is in the facial expressions. But the direction is just astoundingly good. That opening free fall sequence is incredible, and the rest of it — I appreciate that Gray took a space movie and made it as realistic as humanly possible. That’s a new twist on the genre. Even Gravity, while great, isn’t the most realistic thing ever, even if it also wasn’t as bad as some other space movies. I liked how this maintained the great visuals of space (even more so in the interior sequences than anything. That Mars base is incredible) while also maintaining the intimacy of a character study. Gray’s films feel like they’re getting better every time out. 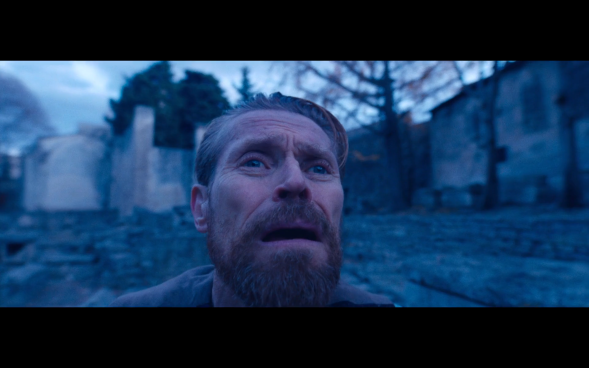 Julian Schnabel doesn’t work often, but his films feel like works of art (he is a painter, after all). While it’s not the sublime dreamscape of Diving Bell and the Butterfly, he does achieve a certain level of that with this, a film that is basically a series of vignettes of Vincent Van Gogh’s life and last days. It’s almost like he tried to make a Terrence Malick version of Van Gogh. It’s fascinating. It’s very well-directed. Dafoe is great as always, but the direction is what impressed me most about the film. It’s one of those films I just want to look at. 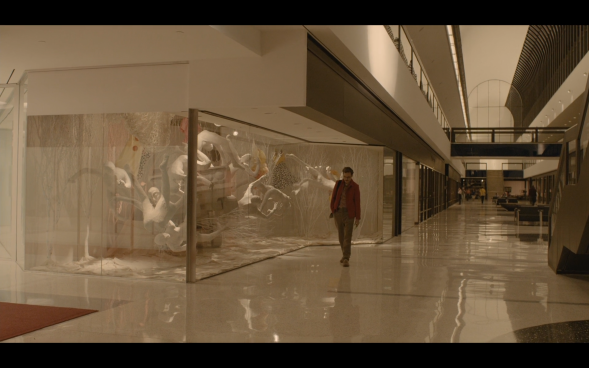 Spike Jonze is quietly one of the best visual filmmakers we have. He’s made four films thus far and all of them are perfect. Two of them were with Charlie Kaufman, and one of them was using a classic children’s book as its source material, but this one is his first wholly original film, and it shows how great he is as both a writer and director. There are some incredible images in this film, and he really captures both the loneliness of Phoenix’s character in the early stages of the film and the intimacy of romance in the latter stages. And really, the feat here is both his ability to create a futuristic landscape that feels both like the future but also incredibly present as well as being able to make scenes where Joaquin Phoenix is in a room talking to no one feel lively.

Just call it the entire trilogy. All three of them. Stahelski’s done all three, while Leitch only did the first one, then did Atomic Blonde (which is basically the same thing as this, just more stylized). These films are just so great. The badass action and use of lighting and color is just incredible. Expressionist use of color use really is one of the more underutilized tools in directors’ arsenals. There’s this need for people to make things look totally realistic, but honestly, if you went a little expressive once in a while, it might liven up some of those movies. But anyway, I don’t think anyone would argue about these films. They create an entire world and managed to make a genre fun again.

Sometimes excess is just fun. Sure, he’s trying to do Goodfellas, and he’s also doing the familial/ensemble thing he did with The Fighter and Silver Linings again, but he went all out with it this time. It’s just an explosion of both of those things at once. It’s awesome. It’s a really fun movie with great performances, great music (as on the nose as some of it is. Which I hope is kinda the point) and vibrant direction. Not every movie about an FBI sting operation is this colorful.

I guarantee you, this is the best movie Nic Cage has made this decade, and it’s all because of Panos Cosmatos’ visual style. Ot takes a simple horror-leaning revenge thriller and turns it into this giant acid trip of violence. It’s really quite something. And it also deserves credit for being able to rein in the Cage and use him to the fullest extent. Most of the VOD stuff he does either isn’t savvy or talented enough to use him properly or he can’t be bothered to try. This is the perfect match of using him to the best possible end result. I truly couldn’t have expected that I’d like a movie about a woman fucking a fish dude as much as I did. It’s truly the perfect distillation of everything Guillermo is as a filmmaker. I mean, sure, Pan’s Labyrinth is the perfect example of him, but aside from that, this is also that. It’s a beautiful dark fairy tale with monsters and a love story and a parable for humanity. I love it. It’s a great piece of work. 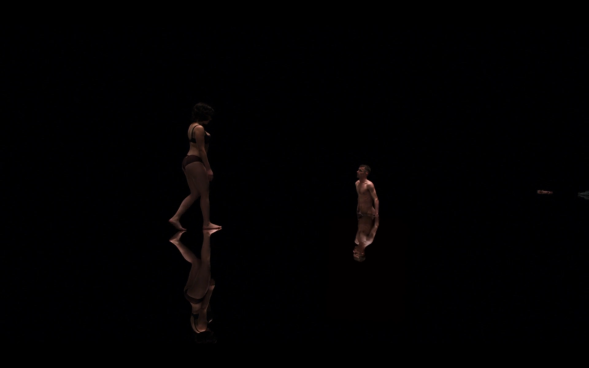 81. Jonathan Glazer, Under the Skin

This is definitely one of the more visually memorable efforts of the decade. And sure, most people would put it higher. I’m not quite there the way everyone else is, but I do think it’s a great piece of work. I love Glazer as a filmmaker and visualist (his commercials are also quite stunning to look at), and there’s no denying the strength of this effort. I just wouldn’t rank it as high as other people would, is all.

This entry was posted on April 17, 2020 by B+ Movie Blog. It was filed under Movies and was tagged with 2010-2019, Favorite Directorial Efforts of the Decade, Film, Movies, Top Ten, Top Tens of the Decade.