I’m telling you, with another director, this is basically a straight to VOD thriller that no one sees that’s too serious and not interesting enough to care about or recommend to others. Movies about child kidnapping rarely are ones where you go, “You have to see this.” But we all said that with this one, didn’t we? And that’s Denis Villeneuve. He takes this movie and turns it into something beautiful and tragic. He lets Roger Deakins show the sense of loss and pain in his shot choices and lets his actors make the whole situation all the more real than what I’m sure is on the page. Villeneuve has had higher profile efforts since this, but this is the one that started it all and, in my mind, is still the best of all the work he’s done since. 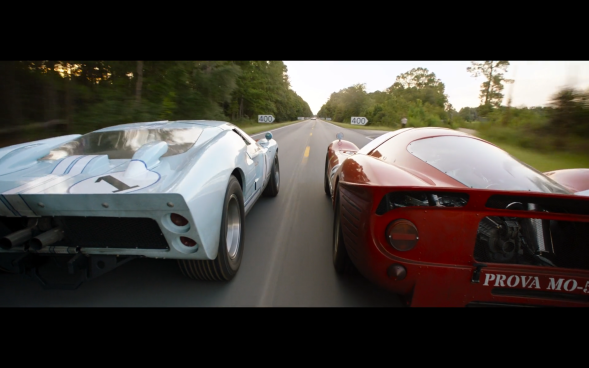 I talked about Mangold earlier on the list and said he’s one of the most underrated filmmakers out there. He’s not flashy, but he always makes the right choices. And above all else, his films are good, and they’re rewatchable. Rewatchability is one of the biggest factors in a directorial effort. Sometimes an effort can be amazing, but you really never need to see the movie again. Other films you find yourself watching again and again and again. And that’s credit to a director that they can balance that tone and that feel that makes you want to keep putting it back on. And that’s what this movie is for me. It’s only been out for like six months and I must have seen this movie like five or six times by now. I love it. Mangold just makes a classy film that’s gonna hold up because you can just keep going back to it and enjoying yourself. 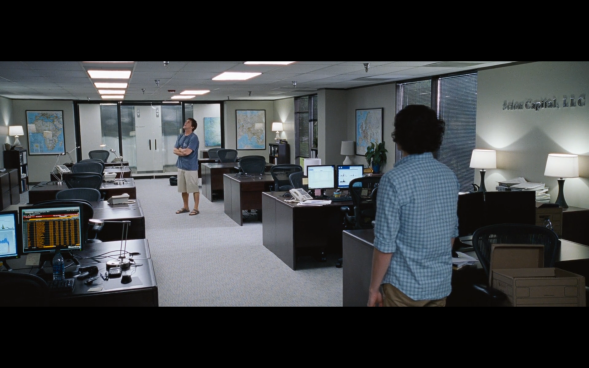 What a major shift in direction Adam McKay took with this film. I had zero faith in this movie when they announced it the year before it came out. This is the guy who made Anchorman and Step Brothers and had just come off Anchorman 2. And now he’s making this movie about the financial crisis? What the hell was that gonna be, even with that cast? And then the finished product just blew me away. He created an almost new type of movie. The tone of this film is singular to itself. The mix of drama and comedy and fourth wall-breaking with celebrities explaining financial concepts in easy-to-understand ways — it’s an incredible effort from McKay, and has to stand among the most unique and memorable efforts of the decade. There’s an alchemy here. This is an indie that looks and feels like an indie, yet the whole is much greater than the sum of his parts. There’s a magic and life here that just jumps off the screen at you, and that’s what I responded to most out of this. I know this effort is special and that it belongs high on this list because his second film just came out and basically repeated the same kind of style as this one, and it doesn’t fully work. This film really is lightning in a bottle.

Oh yeah. This is my tempo. This showed the promise of Chazelle as a filmmaker before he busted out with La La Land and maintained it with First Man. The strength of this film, and this directorial effort, lies in the editing. Chazelle paces and edits the film like music, timing his cuts to a rhythm that adds an extra layer of specialness to the film. It’s also a film that you can just keep watching again and again. It’s a really sure-handed film from a novice director.

Gaspar Noe is a provacateur at heart. He just wants to get the audience to react, however that is. Irreversible has that graphic rape sequence. Enter the Void is an ethereal journey of a dead person floating around a city that almost feels like you’re on drugs. Love is pretty much a porno. And this — this might be his best single effort yet. Simple premise: a bunch of dancers are locked in a practice facility, working on a number. At the wrap party, someone puts LSD in the punch, and slowly everyone loses their shit. And the film is basically a claustrophobic descent into hell. Equal parts hypnotic and terrifying. I saw this in a theater and at one point I realized that I physically hadn’t moved a muscle for close to an hour and parts of my body had fallen asleep because I was just riveted on the screen at what I was watching. It’s one of those films you can’t help but respect for its artistry and audacity, even if you may not ever need to see it again after the first time. But wow. What a piece of work it is.

I’m still in awe of this film. It’s so good, on every level. Especially because, for the first 45 minutes or something, it takes place entirely in a 10×15 (or 10×10, something tiny) shed. This entire (insert title here) is the only thing this child has ever known and is the only thing this woman has known for five years. So the camera confines itself to this space, finding new angles from which to show us their situation before we end up outside. And the moment when we get outside and the boy (and the audience) sees the sky for the first time, it’s this amazing moment. And then we follow the two afterward as they try to reintegrate and adjust to society, and it still is just so fascinating. Lenny Abrahamson really does a hell of a job with this film.

Visually, this one of the most influential pieces of cinema for the decade. You might not see it, but I feel like people have been trying to achieve what Nolan achieves in this ever since it came out. I feel like he was so far ahead that people still haven’t found a way to recreate it. It’s weird how Nolan is a blockbuster filmmaker (doesn’t have time for real nuance and an okay script is a good script in his eyes), yet there’s always a handful of shots or sequences that you just can’t help but be amazed by. The hallway sequence in this film, and the fact that one shot of a van falling off a bridge in slow motion is somehow one of the most thrilling moments you’ve ever seen. When this film came out, it was just so unlike anything we’d ever seen before, and even if we didn’t fall in love with it (I’ll admit, it barely makes my Nolan top five, as great as it is), you couldn’t help but be awed with the experience that Nolan puts on the screen. Especially since then… it was just the start of people not putting real money into one-off, high-concept blockbusters. Now, they’re almost a thing of the past. So for one to be this good, and this smart, and this well-shot and made and all that — it was (and still is) a big deal. And while I think Nolan’s made better films than this, it’s hard to discount the strength of this film among the rest of this decade. 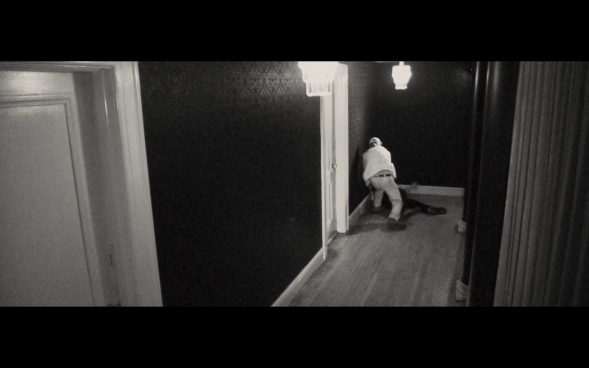 A common theme of this list seems to be directors taking what is otherwise ‘B’ material and elevating it with their direction. This is, essentially, a straight to VOD movie that no one’s ever heard of it not for Lynne Ramsey. If you heard there was some movie with Frank Grillo as a guy who goes around rescuing kidnapped underage girls by beating the shit out of their captors, you’d go, “Okay, sure.” And even here, with Joaquin, you’re kind of intrigued when you hear it, but you still can’t expect to get what you get out of this film. From the opening moments, Ramsey puts you in this headspace that’s just so unlike what you think you’re getting, and really tells you so much without giving you much of anything concrete. You feel like you totally understand Joaquin’s character as a person just from those little moments. And she doesn’t lean into the action scenes. One takes place on security footage, and we get tantalizingly little of the action, and the climax of the film we don’t even see. And yet — doesn’t matter. It’s hyper realistic and also incredibly bold. Just a great piece of direction that more people should see just for a way to make even perhaps the most straightforward material interesting and another way to do an ‘action’ type movie without falling into the same tropes as everyone else.

Sneakily one of the most ambitious efforts you’ll ever see. I’m still not sure entirely how he pulled this one off. This could almost be a stage play, the way he shoots it. I think the density of the material and the fact that people were either turned off by what he was going for with the narrative (or didn’t understand it) was what kept people from fully embracing the film and the filmmaking behind it. Because — forget the story — this film takes place entirely inside a house. That’s it. We never leave. The most we get is a shot or two of the field outside the house from out wide, but that’s it. We never leave the porch. And yet, that third act — it’s insane. Do you realize how complicated that staging is? I’m sure there was special effects involved to achieve some of those shots, but even so, the fact that it’s designed to all take place inside this one space is just insane. Go watch it again. Go see the stuff he goes for in this film. It’s a bold swing. And unfortunately, it’s the same as a tree falling in the forest. No one saw it happen.

This entry was posted on April 22, 2020 by B+ Movie Blog. It was filed under Movies and was tagged with 2010-2019, Favorite Directorial Efforts of the Decade, Film, Movies, Top Ten, Top Tens of the Decade.