It’s funny that no one truly full appreciated David Fincher before this moment. He’d made great films all the way through (discounting the first one, which was a jumping off point), and yet he never reached this level before. And, right from the jump, he made a film that, in a lot of ways, helped define the entire decade of the world, let alone in film. This is one of the most watchable movies you’ll ever see. And part of that is Sorkin, sure, but a lot of that is also Fincher. Fincher has this ability to take any material and elevate it to the point where it feels prestige. And he make his films so rewatchable. It’s hard not to think of this as one of the ten most important films to come out this decade. 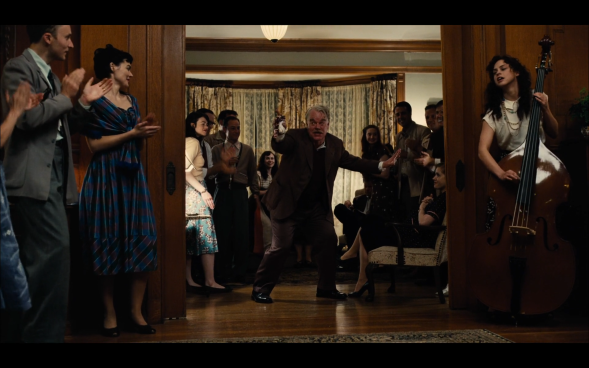 Sometimes things get ranked highly because I love them. Sometimes they get ranked highly because they’re just great. This is the latter. I like the film a lot, but it’s not one of the Anderson films I want to revisit a bunch. But the strength of the effort is just so good that I can’t ignore it. You don’t always need to rewatch everything. Greatness is greatness. What else is there to say about this? 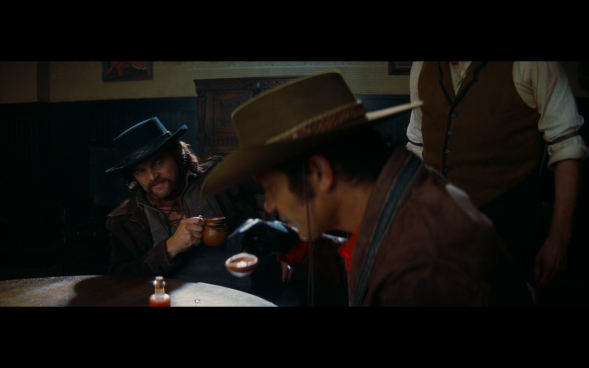 18. Quentin Tarantino, Once Upon a Time in Hollywood

One thing Quentin has strived to make over his career is the ‘hangout’ film. He likes making worlds and characters that you can just live in for a while and hang out with the characters. Most of the previous ones have plots, so that’s what’s driving everything forward. Here, though — it’s truly a hangout film. You’re just with these people as they go about their lives. Almost nothing happens in this film in the way of a plot. And it’s wonderful. You’re just hanging out with Leo for a day as he films an episode of this show. You’re hanging out with Brad as he drives around LA and up to Spahn Ranch. You’re hanging out with Margot as she’s going to Westwood to see her own movie. It’s just great. And Quentin is the master of these sequences that are just incredible. I’ve never seen him write a bad scene, but every one of his movies have a few great scenes. It’s the old Howard Hawks formula for making good movies, “Three great scenes, no bad ones.” The worst you can say about a Quentin movie is that it only has one or two great scenes and not three. Never a bad one, though. Here, though — this might be his magnum opus. This might be the one that defines him as a filmmaker. On every level. I think this one’s only gonna grow on me as time goes by.

This is almost my favorite Coen brothers movie. That’s how much I love it. Even back ten years ago, when everyone was talking about Social Network and King’s Speech at the top of that year, this was always my favorite. I just love it so, so much. Part of that is my love of westerns, but the rest of it is just how great it is. They really get the most out of the story, filling it with their brand of humor in the right moments, and also — Deakins, man. It’s one of the most immaculately shot films they’ve ever made. Watchability is a huge thing for me, and I can put this one on anytime.

He made a silent film in 2011. And it’s great. I couldn’t not love it. Call it a gimmick all you want but it’s hard to make a silent film nowdays and make it feel authentic, and it’s hard to make it so good that it wins awards and people by and large think it’s really good. That’s a testament to how good the effort is by Hazanavicius. Debate the awards aspect all you want. There’s no debating the work.

Humanism is the prevailing element of Baker’s films, and this might be his masterpiece. Though he’s got more to make, so we’ll see where he ends up. This, though — this is a world. He situates you in this motel with these characters, and you’re three blocks from Disney World the entire time and it’s just not even a thing. Because this place is the entire universe for all we know. And you get so invested in all the characters. And most of them are non-actors, but it doesn’t matter, because everyone feels like a real person. And then there’s Willem Dafoe, who you somehow forget is famous as compared to the rest of these people. Truly, it’s just a stunning effort. And I think the thing I will always remember at how powerful a film is — this is something that I would have taken as a film that would only appeal to younger people. The older, stodgy contingent of people in Hollywood, I figure wouldn’t necessarily go for this. But I was at a screening of this in the heart of Hollywood with a lot of older people (who vote for awards and are the people the public at large hates because of what gets nominated this year), and there was an older gentleman sitting behind me who, if he wasn’t 80, he was 75 or older. And the final scene happened (when Baker goes back to shooting on an iPhone like he did for Tangerine), and the old man just sort of gasped and said, “Oh wow.” And that, to me, is the beauty of Baker as a filmmaker. That he finds a way to strike that chord with people by finding these hidden avenues of life to explore. 14. Terrence Malick, The Tree of Life

Terrence Malick’s magnum opus. His first two films are incredible, then he came back with Thin Red Line and New World, both of which are also great. But then he came back and took his tone poem style, made it semi-autobiographical and mixed it with the origins of the universe. And in doing so he created one of the most visually sumptuous, universally lauded films ever made. It’s hard to argue against this as an effort. It’s the perfect apex of Malick’s style, as evidenced by the fact that he kept trying it again and again for about five years after this, to varying (all lesser) degrees of success. Sometimes you find the perfect way to tell a specific story. Nemes tried this style again on his next film, and the results just weren’t the same. Because it had to be this story for it to fully work. The film is about a sonderkommando at a concentration camp (one of he prisoners who helps with the gas chambers and moving bodies), and what Nemes does is shoot the film entirely on Geza Rohrig’s face. He’s almost never more than a medium shot away from him. It’s always really tight on him at all times, and that allows him to shield you from the horrors you know are going on around him (for the most part). So at the beginning, you know he’s going through the chamber that’s full of bodies, and you only get glimpses at the corners of the frame (out of focus), which only makes it even more horrifying. He takes a genre that’s always difficult to watch and makes something that stands out as not only unique, but a masterpiece in its own right. It’s really a stunning piece of work.

Edgar Wright is a pure stylist. He showed it with Shaun of the Dead and continued it with Hot Fuzz. And, in a way, Baby Driver is his best pure film, but this is my favorite effort of his. I love how he brings the Scott Pilgrim comics to life. This film has the energy of a comic and the way he mixes performance, visuals and camera tricks to create the atmosphere of this film is just a real joy to watch. It’s one of the oldest efforts on this list, and it’s been out the longest, but remains one of my absolute favorites of the entire decade. In terms of pure effort, this is Christopher Nolan’s best film. It’s a masterpiece of filmmaking. The film spans three timelines, one a week, one a day, one an hour, and yet all pretty much track throughout the film. You understand each very clearly, and you’re just along for the ride as he shows you what this situation was like in the moment for all these people. It’s stunning to look at, and some of the shots he finds with Hoyte are just stunning. Those cockpit scenes are some of the best I’ve ever seen involving a plane. And he doesn’t waste time on dialogue when he doesn’t need to, he just shows you war. And it’s fantastic. Truly his best work.

This entry was posted on April 24, 2020 by B+ Movie Blog. It was filed under Movies and was tagged with 2010-2019, Favorite Directorial Efforts of the Decade, Film, Movies, Top Ten, Top Tens of the Decade.