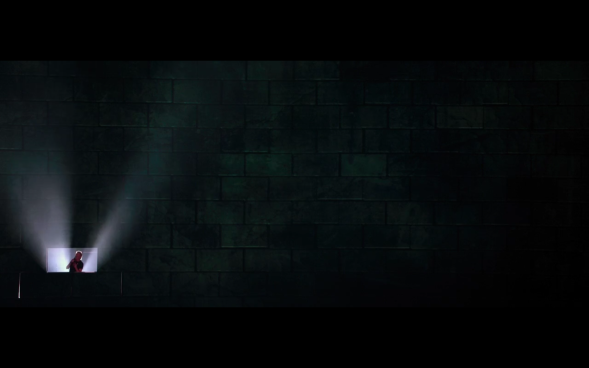 Is this our first concert film? Might be. This one’s pretty simple — they filmed Roger Waters performing the entirety of ‘The Wall’ and released it as a movie. I mean, they put in extra stuff of him traveling around with his kids and going to his father’s grave and all that, but pretty much it’s just him performing the show with the great set design being built and all that. It’s pretty great. I’m a fan of this. More musicians putting out concert films of their stuff, especially when they’re already established and everyone knows the music.

Gorgeous film, winner of Best Foreign Language Film and Pawel Pawlikowski’s first foray into gorgeous black and white cinematography before Cold War. It’s a fantastic film about a nun who is about to take her final vows and is told by her mother superior that she should go seek out her one living relative before taking her vows. She does this, and then finds out something she didn’t know… she’s actually Jewish. So she learns her family’s history (which ties into the Holocaust) and the film becomes about whether or not she knows who she really is and about identity and all of that. It’s amazing, and, like Cold War, is absolutely stunning to look at.

People sleep on this one a bit. And I get it, because people prefer Cruise in Mission: Impossible mode. But this mode’s pretty good too. This is his first film with Chris McQuarrie, who has become a mainstay on all his stuff since then. It’s based on the series of novels, but I can only imagine that they changed a bunch of stuff. I’m gonna be honest — don’t remember a whole lot of the plot of this movie, but I remember liking it a lot and thinking it was really awesome. Which tends to be how it goes with all these Cruise movies, even the Mission: Impossibles. At least those you kinda remember the big set pieces, but since this one is more grounded, you don’t remember it as much. But it does have Werner Herzog as the villain, which is kinda perfect. 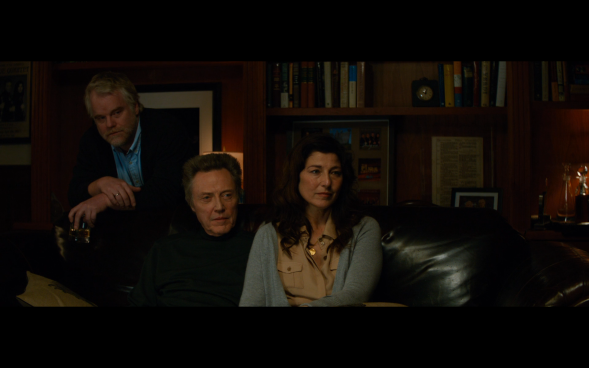 A film I’ve talked about a few times on this lists. One of those dramas for adults about a string quartet who have played together for many years but now face the possibility of disbanding after one of their members is diagnosed with Parkinson’s. And suddenly all the little hidden resentments and things start to boil to the surface. It’s a really terrific drama with great actors (as you can see in the picture). Christopher Walken is absolutely wonderful in it. I think most people know this. It’s Alexander Payne, and after Election, About Schmidt, Sideways and The Descendants, people generally know and see his stuff. This is a really low key little drama, but also kinda lovely at the same time. It’s a father-son story, with Bruce Dern as an aging, drunk father who is convinced he’s won the Publisher’s Clearinghouse, and is gonna travel all the way to (insert title here) to pick up the check. His son unwillingly accompanies him so he doesn’t kill himself and it becomes this nice family journey. They go back to Dern’s childhood town and get into all sorts of family history and stuff. It’s terrific. Payne’s films always have that certain all-American kind of quality to them (because they all take place in the midwest) and it’s nice that he shot it in black-and-white, which gives the film a certain flavor it probably wouldn’t have had in color.

Terrific film I’ve talked about a few times that really put Mary Elizabeth Winstead on the map as an acting force to be reckoned with. I’m still waiting on the rest of the world to catch up on that, but that’s a different discussion. This is a film about her and Aaron Paul as a married couple who are both alcoholics. And they like it. Until it starts fucking up her life and she has to come to terms with who she is. And the film is really just her trying to get and stay sober. It’s a really solid indie drama with terrific performances and solid direction from James Ponsoldt, who had a nice career going for a while before sort of falling off the face of the earth.

One of the few horror movies I enjoy, mostly because it’s quick, contained and has a great premise. Sarah Polley and Adrien Brody are geneticists working on gene splicing and after a big breakthrough, feel like they could create a human clone that incorporates genetic elements from animals. Naturally, their bosses tell them absolutely not to do this, but they decide to do it anyway (because what harm has ever come from that?). They create this creature which they begin to raise as their own child. It’s hyper intelligent and grows incredibly fast. Problem is, when she reaches a certain age of maturity, she kind of wants out. She doesn’t understand why she can’t go outside like they can, and also some other stuff starts happening… namely puberty. And you can guess where things go. It gets… yeah… it gets weird for some people, but I think it’s awesome. I love the ideas this one puts forth and I love that it never tries to do too much. It just is what it is.

A film I didn’t fully appreciate the first time I saw it. But going back a few times, I’ve come to appreciate it as a great sports movie with some great family relationship stuff going on. Plus you get Joel Edgerton and Tom Hardy, and this is before they were who they are now. Then you’ve also got the great Nick Nolte performance alongside them and Frank Grillo, because why not. It’s about two estranged brothers who both compete in the same MMA tournament. And it’s about their relationship and their relationship with their father, building toward the eventual showdown at the end. It’s a really great film and one of those films that I feel like everyone who’s seen just really likes.

A really under-the-radar gem that I’ve sparked to immensely just because it reminds me of the stuff I grew up watching in the 90s. Emilio Estevez wrote, directs and stars, and he plays a librarian in Cincinnati during an incredibly cold winter. And since libraries nowadays are basically homeless shelters throughout the day, the majority of the film deals with the homeless people, faced with overcrowded shelters and the prospect of potentially freezing to death, staging a peaceful sit-in at the library, refusing to leave. This, of course, is turned into a giant ‘hostage’ situation by a local crusading DA running with political aspirations, and everything spirals out of control. It’s really charming, though. I like it quite a bit and have been talking this one up to people as often as I can, just because it feels like that cool movie you’d stumble upon when it was on cable and just enjoy despite not knowing anything about it before you put it on.

This is the Rescuers Down Under of Denis Villeneuve’s filmography. He burst onto the scene with Prisoners, and then had Sicario, Arrival, Blade Runner and now Dune. Much like The Little Mermaid, Beauty and the Beast, Aladdin and Lion King. But in between, there’s that one movie that technically counts as part of that set but never gets talked about with them. This is that film. It’s got double Jake Gyllenhaals, as he plays a man who discovers while watching a random movie on TV, a guy who looks exactly like him. His doppelganger. And he becomes obsessed with this guy and starts searching for him and slowly integrating himself into the lives of the people around him. It’s fascinating. A bit surreal and existential at times, and definitely not gonna be for everyone. But it’s really solid and has one of many terrific Jake Gyllenhaal performances from this decade.