Mike’s Favorite Original Songs of the Decade: #45 – “Someone in the Crowd,” from La La Land

So when I sat down at a screening of this movie, before I really knew what I was in for, it took me about 15 minutes to really get situated and realize just what I was watching and how amazing it was. That opening traffic number was amazing, but I still wasn’t totally able to comprehend just how incredible it all was. And then this number happened, and it was that moment when they get to the party and everything slows down that I realized, “Oh, he’s gonna win Best Director for this.” You just saw true genius at work and just real heart and soul being put into the entire piece. The songs in this movie are just stunning. And I know people have problems with the movie for whatever reason, but as far as musicals go, it’s just great. The songs are all incredible and all beautifully staged. This one is particular is a nice number with Emma Stone and her roommates, and really shows off the film’s indifference to reality when it comes to musical numbers and its Jacques Demy influence, with the color coordination on the costumes and production design. It’s just the perfect song moment.

Pic of the Day: “Listen, the sum of an arithmetic series is S=A+L times N over 2. Interesting, isn’t it?” “What do you want to learn that stuff for…? One day you’ll stop a bullet and it’ll all be worthless.” (90th Anniversary) 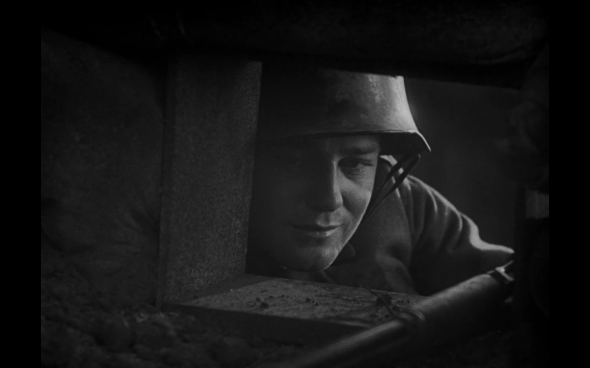