Surprisingly underrated movie about one of the most known sporting events of the last half-century. The tennis match between Billie Jean King and Bobby Riggs. Directed by Jonathan Dayton and Valerie Ferris (who did Little Miss Sunshine) and starring Emma Stone as King and Steve Carell as Riggs. It’s a really interesting film. Kind of several films in one. Almost four films in one. Part is about Riggs’ fading career and attempt to stay relevant by creating this big media persona. Part is about female tennis players, including King, who started their own separate tennis association because they weren’t being paid fair wages, part is the match itself, and part is a study in King’s sexuality, as she gradually began to realize she was in love with women. All interesting in their own way. To me, the story of the women going off and making their own league is the best thread, but there’s so much here that the movie almost (it doesn’t, but it almost does) crumbles under the weight of stuff it could talk about. Still, it holds together really nicely and is very, very good. I’m surprised almost no one bothered to go see it.

This brought back the franchise. This was the first film they made after The Last Stand and Bret Ratner. Took them five years, and they did what everyone does now — just reboot younger. So they got a bunch of cool actors to play the characters 40 years earlier, and it worked. Fassbender as Magneto and McAvoy as Xavier are the ones that hold this whole thing together. It’s got a fun, inventive kinda spirit to it, even though it doesn’t really do a whole lot in the way of the X-Men movies we got used to. Kevin Bacon as a villain nobody really remembers, but really they’re just tying it into the Cuban Missile Crisis and setting up the characters to become who we know they’d become. And they throw in a fun Hugh Jackman cameo to boot. Mostly it’s nice to see the two of them on the same side, and they make the franchise feel fresh again. Of course they then still ruined it within two movies like they did the first time, but hey, it was a start.

Well this one certainly got a lot easier to talk about in the past six months, huh? Who knew a global pandemic would make people run back to going to see this? But it’s good, because now I don’t have to spend time getting into how good it is and how underrated a Soderbergh movie it is. I appreciate a movie that parades famous faces and has no qualms about having a lot of them die. Also yet another reminder of how good a filmmaker Steven Soderbergh is and how watchable his films are.

Love this movie. I love a movie with a simple premise that outdoes that premise. This one’s about two kids in a small town who find an abandoned police car and take it for a joyride. That’s it, that’s the film. But it’s so entertaining. Because the car belongs to Kevin Bacon, who’s into some shit and has some secrets of his own hiding in the car, and he needs to get it back, pronto. It’s real fun, really well made. There’s a scene with no dialogue where Bacon uses a shoelace knot to unlock a door handle and it’s one of the most riveting things you’ll see. This is such a great movie that it got Jon Watts Spider-Man.

Amazing documentary about the 808 drum machine and it’s impact on music since its release. You don’t realize just how important a machine this is until you’re like an hour in the documentary and they’re still bringing out huge names and songs and how it was used to create them, from Marvin Gaye to Kanye to Phil Collins to Beastie Boys. It’s all over the map, and it’s just amazing to see. I love music docs in general, but this one is really fun. 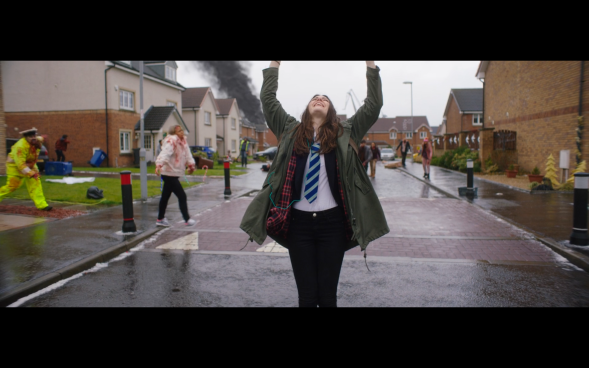 375. Anna and the Apocalypse

Who doesn’t love a good zombie musical? It’s Shaun of the Dead with showtunes. That’s it, that’s the film. If you like zombie movies, see it, if you like musicals, see it, and if you like weird genre mashups, definitely see it. It’s a really charming film and feels like a labor of love for all involved.

One of the most breathtaking films I saw all decade. The stuff that Shia LaBeouf lays bare about himself and his life are not something you see every day. It takes a certain amount of courage to put yourself on the screen like this, warts and all. And him playing his own father really is quite the demanding role. It’s one of those films I’d tell everyone to see who loves movies because it really does illustrate a lot of the things you want to show people who would ever think about trying to create these things themselves. There’s something you can take out of this movie in almost every facet of life, and I think it’s one of the most essential films we got from this entire decade.

A weirdly forgotten Guillermo Del Toro film. It’s funny how all his films are great, but he always jumped between mainstream and his own personal stuff. You got Pan’s Labyrinth, but then he did Hellboy and Hellboy 2. Then there was that gap when he was gonna do Hobbit and had it taken away from him and after it we got Pacific Rim. Then he turned around and made this, which is much more up his alley. Problem is, no one bothered to go see it. Then of course we got Shape of Water and that is, of course, the one that really put him over the top. This, though, is a lot more of a conventional movie than that is, in a lot of ways. But I’m thinking the fact that it’s a straight gothic romance with ghosts is what turned people off. You have Jessica Chastain playing evil (they can hide it all they want, it’s clear from the start if you’ve seen any kind of gothic romance movie ever. Rebecca, Dragowyck, what have you), you’ve got Hiddelston and Mia Wasikowska, you’ve got Charlie Hunnam, gorgeous sets and costumes and music (Guillermo’s movies, even if you don’t necessarily care for the story, always look stunning). I think it’s a really solid film, even if it does seem destined to be one of those ‘forgotten’ GDT movies. 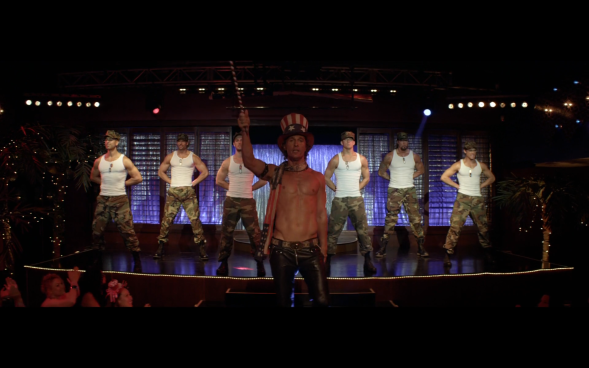 This was the summer of Channing Tatum. This and 21 Jump Street came out within like a month of each other and pretty soon he was this gigantic movie star. And yet, this was just a little movie he made with Steven Soderbergh about his days as a male stripper before he became an actor. And it’s fun as hell. I’m not as big a fan of the ‘protege going down the dark path of drugs’ storyline, but it’s still a really great film. And clearly it struck a chord with people because this made an absurd amount of money. It’s also an absurdly fun film. 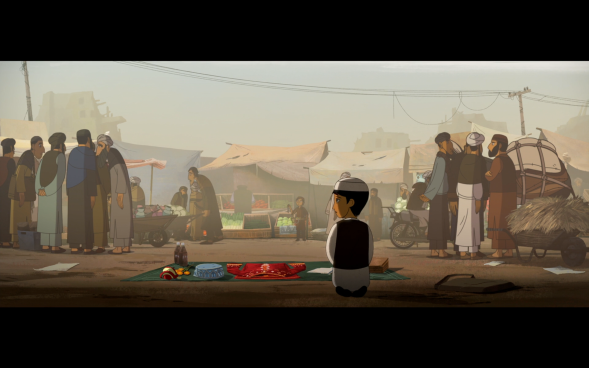 Lovely animated film from the co-director of The Secret of Kells. About a girl whose father gets abducted by the Taliban, so she must become (insert title here) of her family, which means disguising herself as a boy and going into the marketplace to earn money. She does this by writing letters for those who are illiterate. It’s a really beautiful film, and I love that there’s room for adult animated films that can still be accessible to children. Definitely one of those films I’d say to show to a child, just to show them there’s more artistry out there than just anthropomorphic animals singing and dancing all the time.