1977 is a tough year to recap, especially in the Best Picture category. There are certain things to take into account. Even though some people would go, “Wow, how did Star Wars not win?!”, you have to realize — Annie Hall was actually a huge upset winner. The film with the most nominations that most people were expecting to win was The Turning Point, which is literally the worst film on this list and the one that has not held up at all. So, in a way, the Academy made perhaps the second best decision, considering. Which makes me go a lot easier on this category than I might have otherwise.

Aside from Best Picture, Annie Hall wins Best Director for Woody Allen (talked about here) and Best Actress for Diane Keaton (talked about here). The Allen win is par for the course (you have to realize, back then, Star Wars winning any of these categories would have been like Transformers winning now. The voting Academy thought it was just a mainstream adventure film. It really had no shot at the big awards), while the Keaton win is actually really terrific, since she also gave an amazing performance in an almost completely forgotten movie called Looking for Mr. Goodbar. Watch that performance alongside Annie Hall and you’ll see why she deserved the award this year. Best Actor was Richard Dreyfuss for The Goodbye Girl (talked about here), which was really the only decision that could have been made in the category. Best Supporting Actor was Jason Robards for Julia (talked about here), which was a good decision in a very weak category. Vanessa Redgrave also won Best Supporting Actress for the film (talked about here), which, while I don’t love the performance, has held up as a good decision (she’s had the best career of all the nominees).

So, now, while I will be voting for Star Wars, since, while I’m not a huge fan of the franchise (really, I only like this and Empire — the rest are just entertainment for me), you can’t deny the lasting impact it’s had on cinema. Annie Hall is a great film, but I just feel like Star Wars has held up better. (Though, really, against The Turning Point, both were amazing decisions. So let’s applaud the Academy for that averted near-disaster.)

Pic of the Day: “Am I still in this world?” “Yes, Grandfather.” “I was afraid of that. Well, sometimes the magic works, sometimes, it doesn’t.” 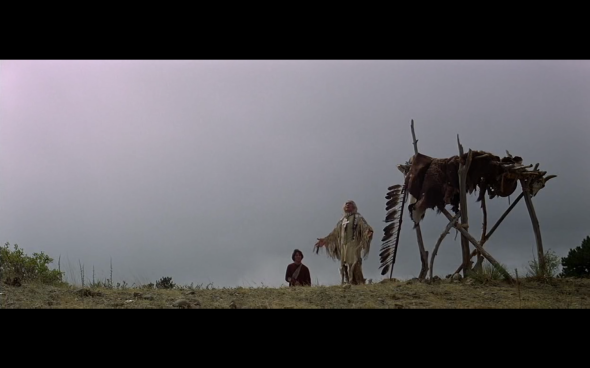