Talk about a really tough year. 1968 is, quite literally, the transition year for Hollywood. This is the year the business went from Old Hollywood to New Hollywood. (Oscar-wise. In terms of the actual movies, the transition was there until 1970/1971.) The year before this, you had the landmark films like Bonnie and Clyde, and the year after this, you’ll see one of them win Best Picture. Here — you get the last gasp of old Hollywood. All the choices here as so unabashedly old Hollywood. And in return we get a pretty weak set of nominees. 1966, this would have been a good list. 1968 — not so much.

Oliver! wins Best Picture, mostly because it’s the lesser of five evils. If you’re gonna give in, might as well have fun with it. The film also wins Carol Reed his twenty years-overdue Best Director statue (talked about here), which is not a great decision, since Kubrick really should have won for 2001: A Space Odyssey, but Carol Reed needed to win, so it has to be acceptable. (This year feels a lot like 2006, where there was no winner, and someone needed to win Best Director, so they went and voted for their film too for Best Picture, because, “Why not?”) Best Actor was Cliff Robertson for Charly (talked about here), which I don’t particularly like, simply because this was Peter O’Toole’s one chance to really win. Best Actress was a tie (the only exact tie in Academy history) between Katharine Hepburn for The Lion in Winter and Barbra Streisand for Funny Girl (talked about here). They were the best in the category, so it worked out fine. Best Supporting Actor was Jack Albertson for The Subject Was Roses (talked about here), which was a fine decision, he was really great in the film. And Best Supporting Actress was Ruth Gordon for Rosemary’s Baby (talked about here), which I wouldn’t have voted for but is a fine decision.

So, overall, they did the best with what they had to work with for 1968. Still, though — it’s pretty weak. But, it is a prime example of “out with the old.” I do like it for that reason.

The Lion in Winter (Avco Embassy) 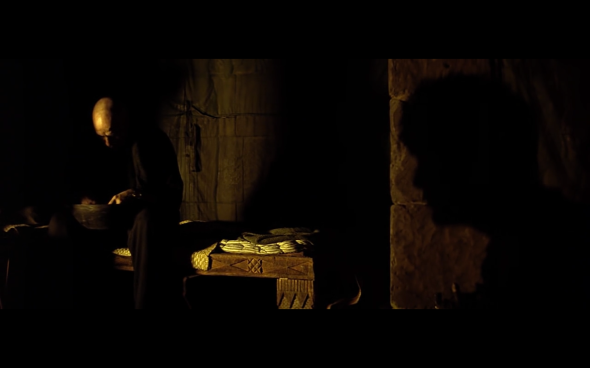