That said — here are our favorite images from Twilight:

Nothing to say here, we barely made a list. Let’s get right into it. 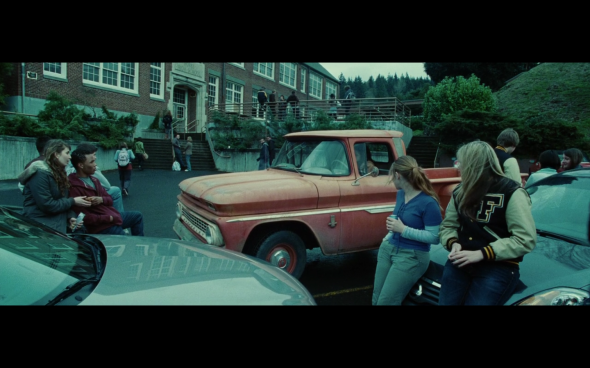 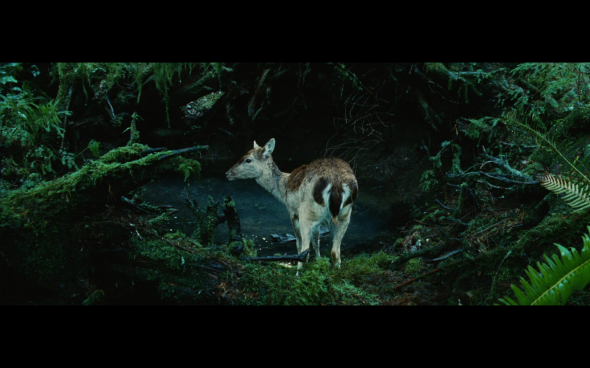 I had to have this here. I went into this franchise knowing nothing about it. And I put this movie on, and for the first two minutes of the film, all I see are shots of deer asshole.

So now, and forever more, my mental image of the first part of this movie will be a shot of a deer asshole.

I had to put this here.

Like I said before — ten bucks on the doe.

Get it? It’s a gang bang joke.

Because it looks nice. In a better movie, we’d skip this, but here, it’s automatically going to the front of the line, because of how bad the rest of this movie looks.

Maybe it’s cause this reminds me of Tatooine, or because it sort of reminds me of the desert in Crouching Tiger, Hidden Dragon, but I like this shot. Oh, now that I think of it, I like it because there are no people in it and it’s been allowed to just exist in this film. Well done.

The only thing better than her about to fall right after this would be if a giant bear came and mauled her out of nowhere.

This is the face of someone who should fall.

The best two things about the film.

ONE AND TWO CORRECT 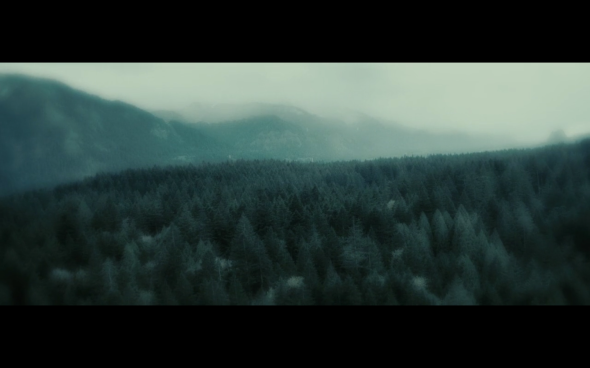 Because the shots of the trees are better than everything else in this movie.

What can I say? Trees are not dumb dialogue, nor are they dumb, expressionless faces. Much like the Arizona desert, they just exist, and we get to enjoy that. So that’s nice. I spent a lot of time in Washington as a kid and it really is beautiful. Rain forests and shit. I even saw elk asshole. 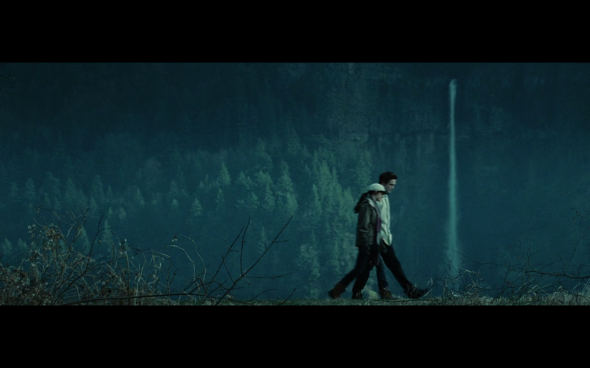 Because it’s really the only wide shot in the film.

It’s the only shot where I bet Colin and I both stopped and went, “Wow, that’s actually not bad.”

You know it’s bad when this is the shot that sticks out at you as being one to pick. If there was a shot in Return of the King of two characters walking like this with a waterfall in the background, we wouldn’t even think to pick it. Here, it’s like, “Goddamn, look at this shot.”

It takes a special (read: shitty) type of film to have a wide shot make you look up and break the wall of monotony. It’s astounding how few wide shots there are in this franchise.

He has a strangely long stride, and she looks like a goon, but other than that, I’m cool with this shot. It even stands out. I like that it’s far away, that the cliff and trees form a natural backdrop, and that there’s a waterfall. It ain’t no Middle Earth waterfall, but it’s still a nice waterfall. My general rule (dating back to the Star Wars prequels, anyway) is that whenever there’s a couple that I hate, I avoid shots of them for this feature. But this was enough for me to make an exception. So there’s that.

I wanted to avoid the baseball like the plague, but I also love Alice.

Goddamn, look at her.

You know we were both trying to avoid the baseball game, but look at that. You know she can get that foot behind her head.

This shot. I think Colin speaks for both of us here. 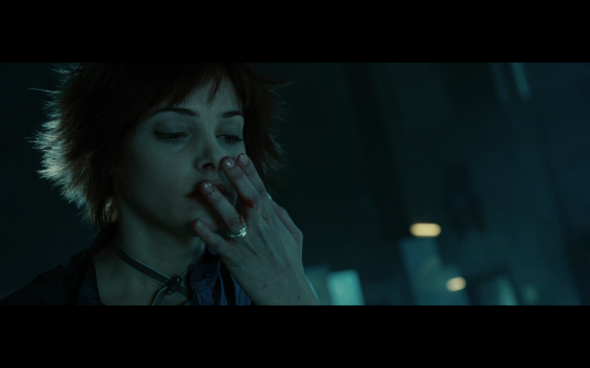 This is so fucking funny. 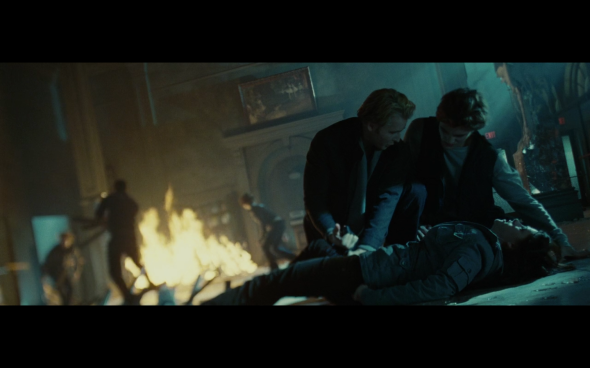 There’s something so great about dismembering and burning a body in the background of any shot.

Nobody gives a shit about the foreground. The background is mesmerizing and hilarious. Cause they’ve already torn this guy limb from limb (which is such a great term from the 1930s that needs to come back) and they’ve set a HUGE fire indoors to burn what’s left of his dismembered body. But for whatever reason, they’re still dancing around it like they still want to do something to the remains. It makes me think of the printer from Office Space. 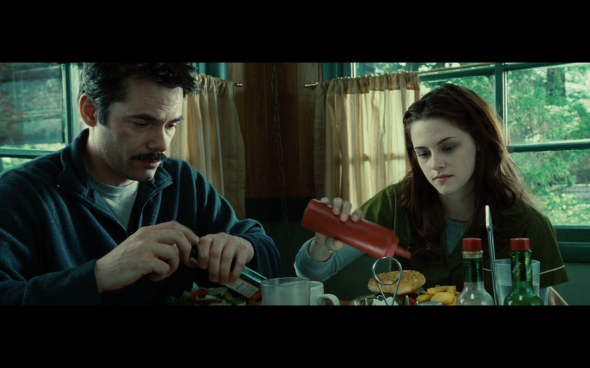 WHO TAUGHT YOU HOW TO POUR KETCHUP?!!!

When Colin sent this to me, I said, “Wait, why’d he choose this shot?”

And then I realized like five minutes later, while randomly looking at another shot, “Oh, because of the creepy guy in the background!”

I had completely forgotten about that. That motherfucker is creepy as shit. This is like Halloween.

Colin said in his email that this was the most chilling shot in the film.

Pretty funny considering they probably try to have some chilling shots in it on purpose.

The only reason for this is the guy that Mike pointed out. Standing alone on the stoop across the street. This is haunting and I will see it in my nightmares. Oh my god, that is terrifying.

LOOK AT HIS LITTLE WINGS!

I cannot take you seriously. That face, those wings, that armadillo.

And she’s tweaking a nip, too.

AHHHHHH they’re back, everyone! Everyone in this image is smiling, except Kristen Stewart. Cause she ain’t got it like this.

It’s pretty great that she’s looking at them, too. That’s jealousy. 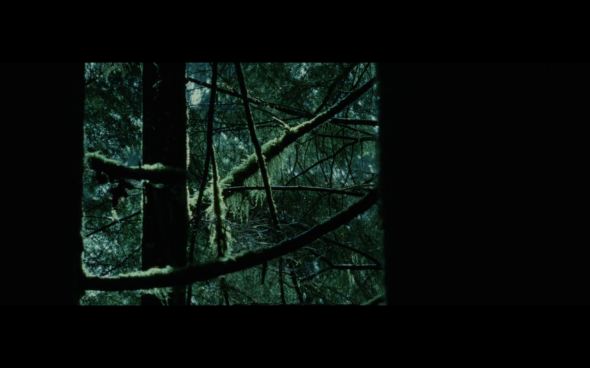 This shot just looks nice. The framing, and the trees. That’s it. Simple, and nice.

Framing always works. Seems like a tall order for this movie, but there it is.

That’s really all I have. That’s the kind of shit this movie needs to do to get kudos.

In another movie, this would be a basic shot.

This is another one that strikes me as extremely normal for most movies. Like, any other franchise and this wouldn’t even be noticed. But it does look nice because of the lighting. And I guess the angle isn’t entirely flat and boring. So a nod to whomever came up with this.

You know I didn’t pick either of these because of my rule about shitty couples and shots. But actually, all I can think of looking at these is the poster from Eternal Sunshine of the Spotless Mind.

These are all me. The second one I like because I like shots of snow. That’s the kind of shit you have to do in this franchise.

And the first one I like because it’s a wide shot, and we get so few of those here that one is a welcome addition. 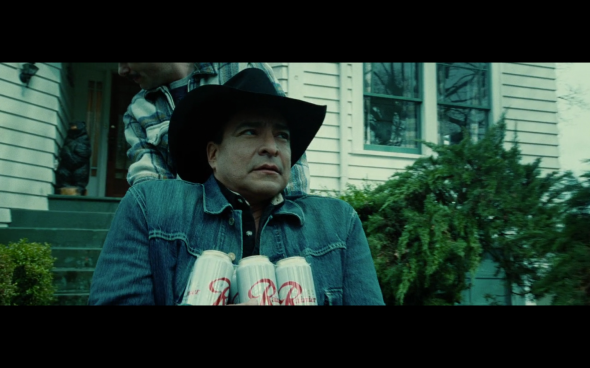 In context, Charlie’s using his handicapped friend as a shopping cart. Out of context, this is a grizzed, old Native American cripple making the, “Anyone make a move for my beer and I’ll fucking cut you” face.

I got nothing here. I’m gonna defer to Colin.

I can’t really beat that argument.

Nice garage. More importantly, nice cars. I really don’t know what these cars are doing in this movie, because I can scarcely think of a demographic Mercedes Benz could possibly have less reason to target with product placement. But there they are, so we might as well enjoy them. The S-Class and the CLK. Both nice cars, and we get them from the grill level. This shot is more interesting than like 99 percent of the rest of the shots in this film. Actually, considering there were more than 1000 screenshots in the articles, and that this one is more interesting to me than even half of the shots we chose for this shots article, this beats out literally 99.9 percent for me.

I figured, if I was gonna have the two up there, might as well have this too.

Because I don’t have anything else. 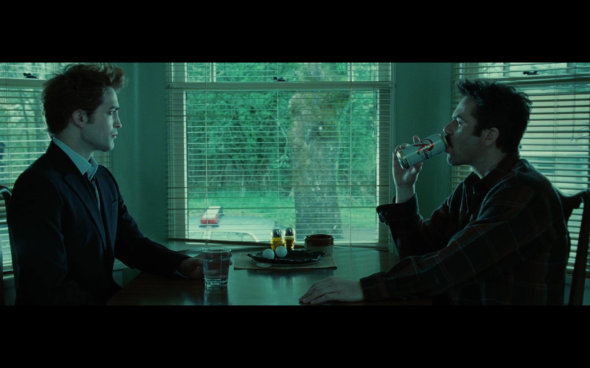 Dad’s drinking a cold one and making the Cold One feel uncomfortable. I approve. There’s booze, no Kristen Stewart, and Pattinson looks uneasy.

I was gonna write a comment, but, “Daddy’s drinking a cold one and making the Cold One uncomfortable” is too good.

That’s what this is.

I like the set. Not sure if the movie earned it, but it’s still a nice set.

Notice how I picked a shot of the set without the characters on it.

For the rest of this movie, this is a great set. For MOVIES, not as much. I don’t think we need to keep driving that distinction home. It can catch a bus.

Tomorrow are our final thoughts, and Monday is New Moon.

So says Yancy, the retarded cousin of the Ghost of Christmas Future. 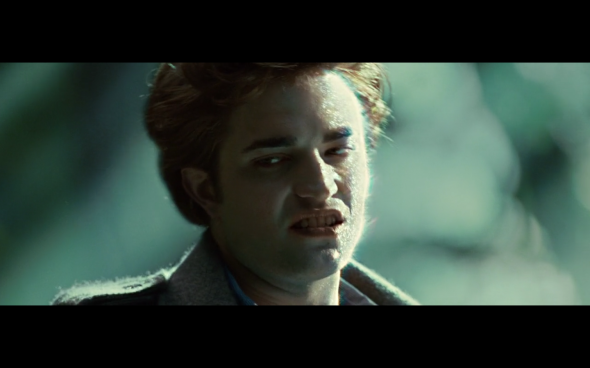