That said — here are our favorite images from The Twilight Saga: Breaking Dawn Part 1:

No intro here. This one was pretty boring.

Because a 1930s movie theater is more interesting than anything in this movie.

Man, do I want a place like this. I would pay extra to go to a movie theater like this. 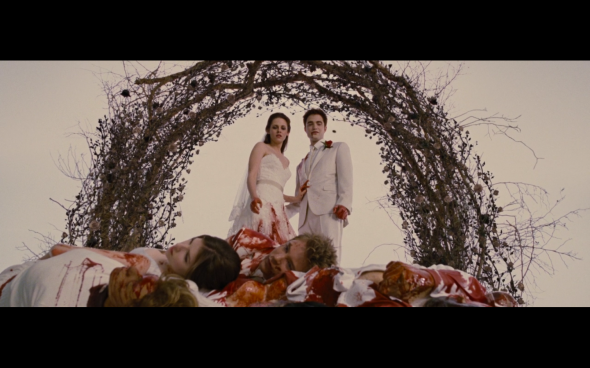 Simple white background, and not a horrible image, altogether.

Plus you can see a little of Anna Kendrick’s boobs.

Hadn’t even noticed that, and now I like this image a lot more. 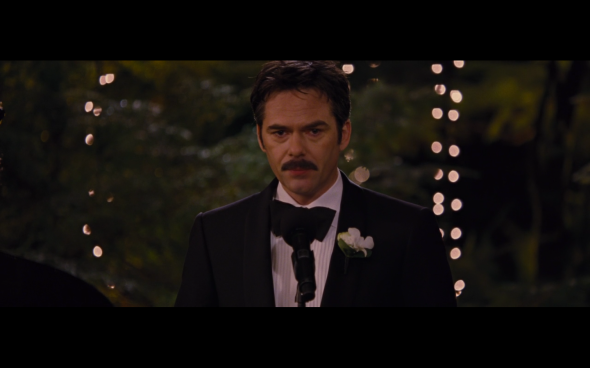 The dead-eyed look to the camera after talking about how you know how to kill a man — it’ll work every time.

Because I love abstract shots, and I think they did a good job with it. No idea what most of it was supposed to be, but it looks good, as far as abstract goes. And I also like them putting the blood and stuff over images from the first movie, since it actually looks like you’re looking under a microscope or through a camera lens and there’s shit on top of the image. Which I think is pretty cool.

And since I honestly couldn’t give a fuck about most of this movie, I just put ten of these here. Since, left to my own devices, I’d have just made all ten of these my list. (I’m exaggerating, but you get the idea.) 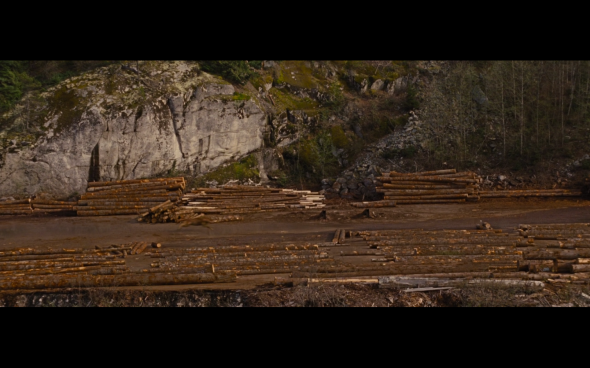 This place is phenomenal. You can shoot this however you want, it’ll still look good.

And this is a good location for just about any kind of movie you want to have.

I have a thing for cedar. Wood is a lovely thing, and cedar is even more lovely.

I rest my case.

This is fucking spectacular. I’d have missed how awesome this was if it weren’t for Mike taking the screenshots. 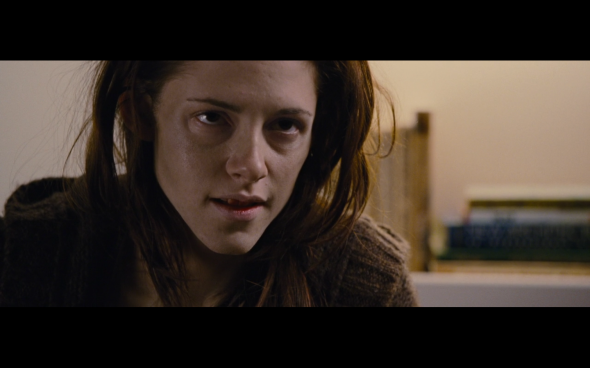 Look at these fucking faces. The first one is a total, “What has it got in its pocketses?” face, and the second looks like she’s getting oral sex from Death.

Plus, in the first one is all about the blood in her teeth. The second one is just, “How unattractive can we make Kristen Stewart?” The answer, it turns out, is ‘very.’ 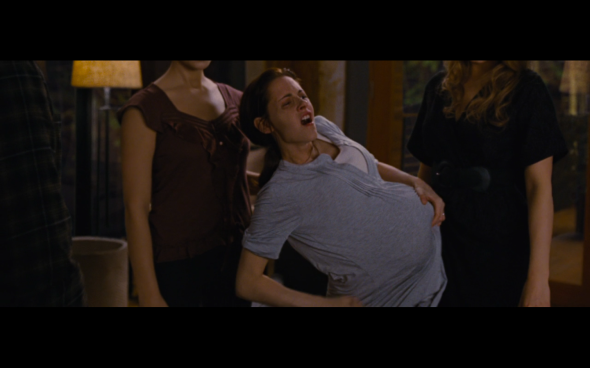 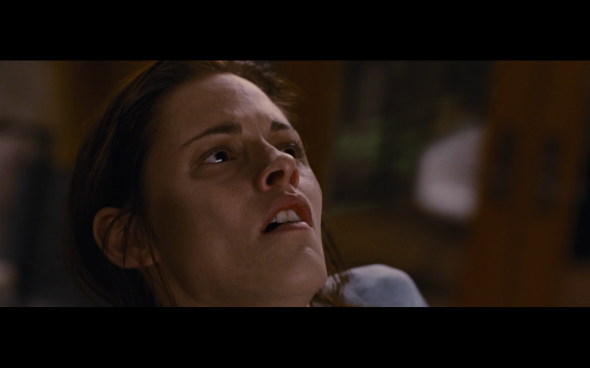 That first shot is so ungodly funny to me. The way it happens in the film — in slow motion — and the fact that it’s because of a fucking CUP SPILL. And you can see the fake stomach thing she’s wearing move during the shot. And her face during the whole thing.

The second shot I had to put there just because it makes the whole thing even funnier. That look on her face. You can hear the Curb Your Enthusiasm theme playing over that face.

It looks like she’s having a seizure. Only, it’s better, cause this is her spine breaking. People in contorted positions like this make me crack up, especially if they’re possessed or something. Remember that oracle chick from 300 who was doing that weird dance? And it was like, “Someone call a code, this bitch is seizing.” That, or the Mistubishi Eclipse commercial.

Because I found this.

And I don’t think anyone else would have found this.

Plus, if we’re gonna put an “analytical” spin on this — it kind of does look like her soul is escaping from her body.

But who gives a shit about that. It’s just a funny ass shot of spit coming out of her mouth that happens for like, a frame. I like when I find shit like this. Because this is why we’re here. 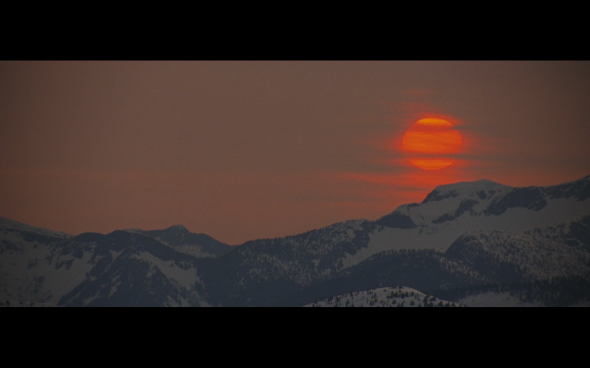 Because it looks nice as shit. This could almost be a painting.

Which makes it automatically better than this movie.

This second unit was on top of their shit.

First unit — ehh, not so much.

Blood has been drunk this night. 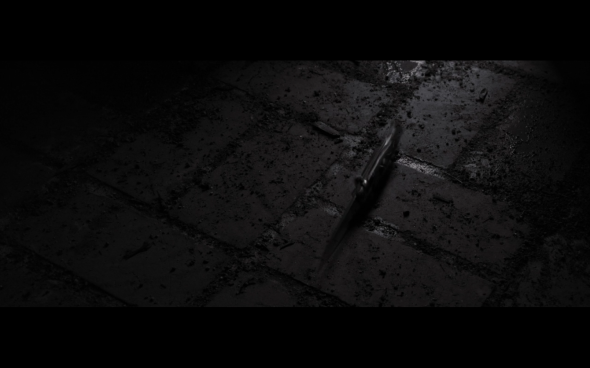 Imagine that — they shot Part 1 in black and white, and the only shot that’s in color is the last one.

The plot would still suck, but at least it would be more interesting in that respect.

I dunno. I think this was still a little too low in contrast for me. The black and white in this movie was welcome, but it didn’t look like nice, old black and white. This was the sort of black and white they use for flashbacks on daytime television. 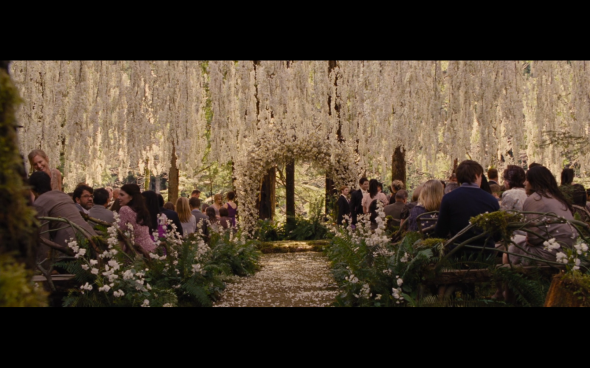 Because it just looks nice.

And they’re not in it.

I like the shot because he’s drinking in it, but it’s really the context that makes it.

The idea that any time someone says they don’t like the wolves or whatever, he’s just right there, looking right at them.

Plus, the idea of anyone staring at someone else from afar while drinking booze is always funny.

Yeah, the booze makes it perfect, but I love the look. This is where Maggie Grace is making the freaked out face when she sees the Native Americans, and they just cut to Billy making this face while drinking SPARKLING FIRE WATER. YES.

And honestly, I’d rather see more of that than most of this movie.

I bet we get more views from this image alone than from the rest of the images combined. 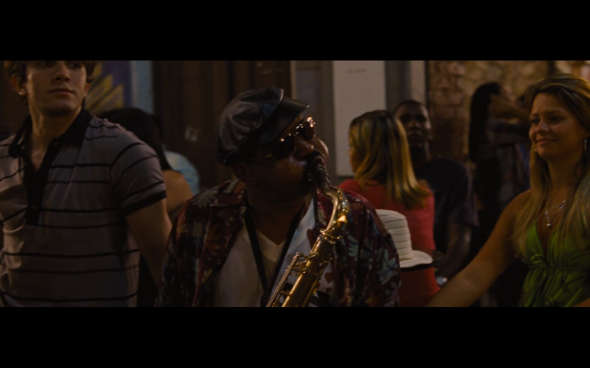 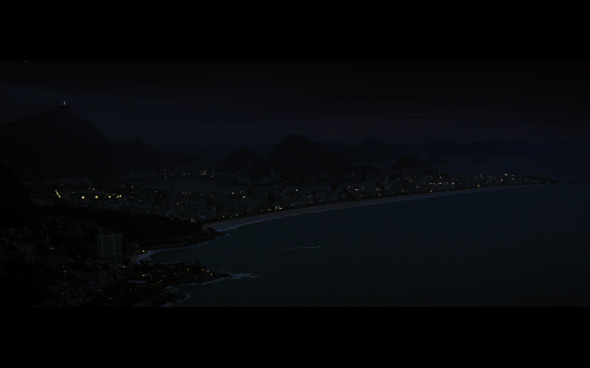 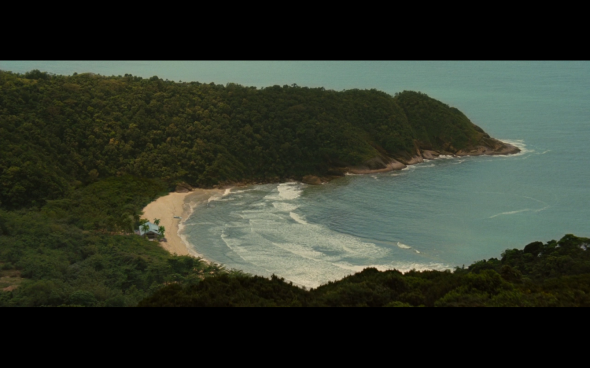 I feel a little tired, so I’ll watch Miami Vice.

I just really like when people do that trick of making it look like the film reel is getting jammed.

Plus, it’s distorting the two of them. Which is always a plus. 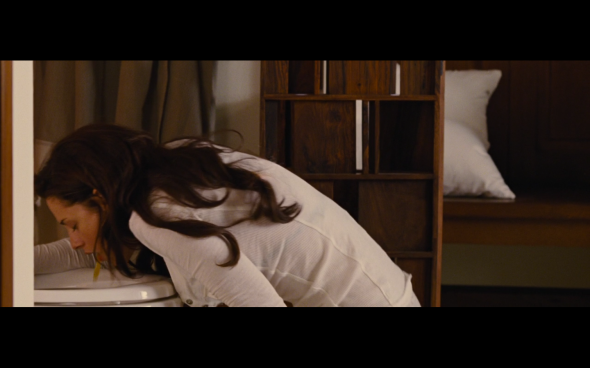 If this image never existed on the internet, now it does. And now it never won’t. 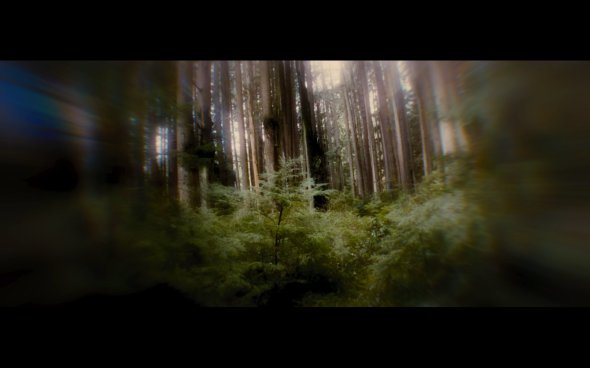 Because I’m more interested in the cinematography aspects than how it relates to the rest of the movie.

Plus anything that’s even remotely soft focus is something I enjoy.

There are no people in it. Therefore, it’s kind of a winner. 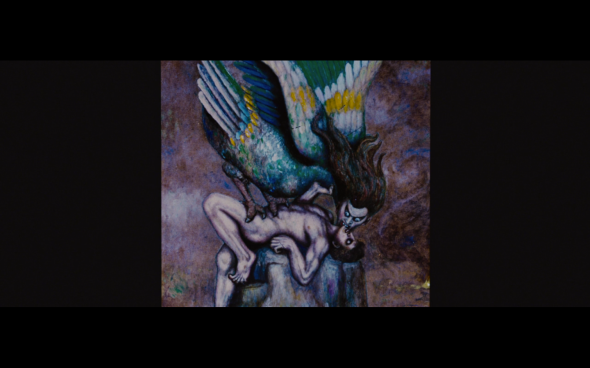 Because why couldn’t she give birth to that?

(And also — I like the little square within the frame. I like when people make the frame more compact like that. People really don’t play with aspect ratio as much as they should within films.)

What IS this thing? This is supposed to be a vampire baby? Could it be that there was some truth behind what was possibly the most ludicrous news story in history?

Tomorrow are final thoughts, and then Breaking Dawn. Part 2.