A Pictorial History of the Movies: 1998 – Saving Private Ryan

Strangely, it was between this and Armageddon. Just because I can still think of how often I heard that Aerosmith song that year.

But this is really the choice. It’s a movie that’s absolutely astounding, from the opening shot until the end. (A lot of people say it has third act problems, but whatever.)

This is Steven Spielberg’s first “serious” entry on this list. He’s actually on here five times total, which is insane (but Jaws, Raiders, E.T. and Jurassic Park were also legitimately the films from their years). But some directors are just like that. I’m not gonna choose someone else unless there’s another legitimate choice. And here, I don’t think there’s a legitimate choice.

This one might not hold up as much as Titanic on the culture scale. Titanic was everywhere that year. This one holds up on the empirical evidence side of things.

It won a bunch of Oscars, was actually the highest grossing movie of the year, and has held up as an instant classic that continues to be watched and loved by all. Why wouldn’t it be the choice? END_OF_DOCUMENT_TOKEN_TO_BE_REPLACED

Pic of the Day: “James Francis Ryan of Iowa?” “Yes, sir. Paton, Iowa, that’s correct. What is this about?” “Your brothers were killed in combat.” “Which – Which ones?” “All of them.” 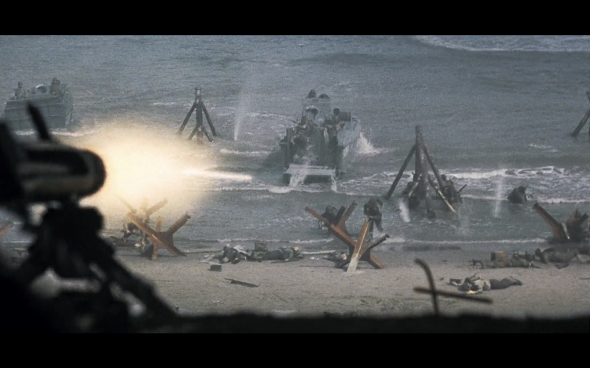