The DGA Awards were handed out tonight. As a reminder, your nominees were:

Bradley Cooper, A Star Is Born

Your Oscar category has Yorgos Lanthimos and Pawel Pawlikowski instead of Cooper and Farrelly, so basically you went into this knowing that Alfonso Cuaron was going to win and had absolutely no doubts about any other outcome.

And surprise, Alfonso Cuaron won. So now with the DGA alone, he becomes something like a 90% odds-on winner of the Oscar. But we didn’t really need the DGA to tell us that, did we? This one seemed pretty obvious all the way through, no matter what way Best Picture winds up going.

The ADG Awards were also tonight (we’re pretty much going in order of increasing importance of these guilds). I’ve yet to post my write-up of the category because I was waiting to see what the guild was gonna do and what BAFTA does, just since this year feels pretty open for Production Design.

As a refresher, your Oscar category is: Black Panther, The Favourite, First Man, Mary Poppins Returns and Roma. At ADG, The Favourite, First Man and Roma were all going up against one another in the Period category, while Black Panther and Mary Poppins were going up against each other in Fantasy. And then there was also a Contemporary category that no one much cares about.

Black Panther won ADG’s Fantasy category and The Favourite won for Period. Oh, and Crazy Rich Asians won Contemporary, in case you were remotely surprised by that outcome. Isle of Dogs won Animated as well, for those who care. END_OF_DOCUMENT_TOKEN_TO_BE_REPLACED

The Annie Awards were announced tonight.

Rather than run through like fifteen categories you don’t care about, I’ll boil it down really easily: Spider-Man: Into the Spider-Verse won everything. And by everything I mean… a lot. It won Best Animated Feature, Directing, Writing, Character Animation, Character Design, Production Design and Editorial. It did not lose a single category in which it was eligible.

Incredibles 2 won two awards, for Music (because Giacchino) and Storyboarding. Ralph Breaks the Internet won for Animated Effects, Mirai won for Best Animated Independent Feature and Isle of Dogs won for Voice Acting (Bryan Cranston). So each of the nominees won something. And Mary Poppins Returns took Character Animation in Live-Action (rightfully so) and Weekends won for Best Animated Short, which I guess is worth noting because it is nominated.

None of this is particularly meaningful, since we all knew Spider-Verse was probably winning the category. I think at this point when people see that it won everything, that’s when it starts to get those stray votes from the ones who don’t really know anything about the category and don’t watch animated movies because “they’re for kids.” Seems pretty locked at this point, even if I’m not gonna fully accept that Incredibles 2 isn’t a contender until it loses (because I don’t trust these old white people).

So what we do here each year as a warm up for the Oscars is, I break down each of the 24 categories. The idea is to both familiarize everyone with the category and its history. I look at what the major trends are throughout the past bunch of years, how the precursors tend to go, whether they matter or not, that sort of stuff. I look at how the category came to be this year, and just anything else that seems totally pertinent about it. Then I rank each of the nominees and tell you what their likelihood (at this particular moment in time) of winning is.

This is all prelude to my giant Oscar ballot that I’m gonna give you. But I figure, if you have these as the warmup, it’s not as intimidating. You’ll have seen a lot of the pertinent trends here and we’ll all be able to reference these as a sort of cheat sheet. Plus it shows you where my head is at for how I think each of the categories are gonna go, and you can see me working my way up to all the bad decisions I usually make while guessing. Pretty much, with this, you’ll have a pretty good idea of how the category is gonna turn out.

Today is Best Foreign Language Film, a category that’s either more locked than we’ve ever seen, or we’re just gonna get it all wrong, knowing exactly what’s gonna win instead. END_OF_DOCUMENT_TOKEN_TO_BE_REPLACED

Pic of the Day: “And who is Gudrun?” “In a Norse myth, Gudrun was a sinner who murdered her husband.” “And will you live up to that?” “Which would you prefer me to live up to, Mr Crich? The sinner or the murderer?” 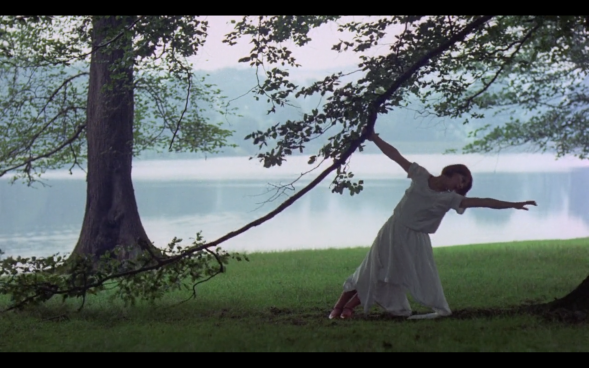 The Eddie Awards were handed out last night. Your winners:

Animated: Spider-Man: Into the Spider-Verse

So there you go. Can’t say I’m overly surprised. In Dramatic, only BlacKkKlansman and Bohemian Rhapsody made the final Oscar list, so if you were going on that alone, Rhapsody was the choice. And Comedy had the other three Editing nominees. I would have suspected Green Book, but The Favourite makes sense. I want to see what BAFTA does. Because if they go First Man or something off the board, then we’re really in a nice little pickle in picking this category. BFCA already went First Man and that’s now off the board. I’m thinking these two are the main two at the Oscars. BlacKkKlansman always felt like “nominee, not winner” in most of its categories and Green Book feels like it only wins Editing if they’re making a decisive statement on Picture. I guess Vice could sneak in, but I don’t know if it’ll rally that kind of support. I guess we’ll find out. But honestly, I think Bohemian Rhapsody is looking like your frontrunner for Best Editing at the Oscars. Look out, guys. This movie’s got support.