The 90s is a very specific decade to me, because it’s the one I grew up in. All of my formative years were in this decade. All the important movies of my childhood came in these years. So I figured this might be the decade where my tastes skew a bit toward what the most important movies were for me growing up. And, to an extent, you can see that here. But by and large, what I’ve picked out as my absolute favorites of the decade feels largely comprised of stuff we all agree is pretty great. And then there’s that extra layer of stuff that’s specific to me, which I wouldn’t want any list of mine to be without.

I also have no sense of the 90s as a decade of film. It’s weird. I can see the others and what they represent to me, but the 90s is just kind of… I can see the independent movement as a big piece, but then there’s that other piece that’s just all stuff I grew up with. And then everything else I just kind of consider “the rest of the 90s stuff.” There’s no real overarching theme or genre to it for me.

In terms of picking this list, it surprisingly wasn’t that difficult. 13 of these are in my top 100 favorite movies of all time. And the others felt like no-brainers. I really didn’t have a whole lot of trouble eliminating the fat off of this one. Sometimes I have to make a tough decision and cut off one or two films I really love. Here, I feel pretty solid about my choices.

For methodology purposes, the way I compile these Top Tens of the Decade lists: I take my top ten for each year of the decade, throw them all together, and simply whittle it down until I find what I feel are my ten favorites from that decade. Not the best, my favorite. That’s really all it is. I feel like if I can figure out what my favorite films of all time are, then I can figure it out by specific decades. END_OF_DOCUMENT_TOKEN_TO_BE_REPLACED

Pic of the Day: “This horse has got a leg like iron; he’s gonna be all right, son.” (40th Anniversary) 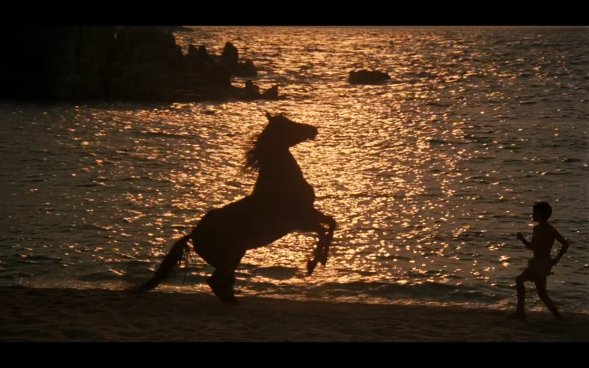