They announced the Visual Effects longlist today. I originally left this article blank to write up in the morning so I could continue working on what I was doing today, but of course the idea of rambling for 3,000 words about the Oscars is just too good to pass up, so you’re getting this article tonight.

The shortlist, as per usual, is 20 films, which will eventually become 10 in a few weeks and then we’ll eventually get a category of 5. I always love this particular longlist because you always get some of the weirdest choices on it. It’s always interesting to see what does and doesn’t make the cut (since I imagine more than 20 films are submitted for the category and the phrase ‘longlist’ implies some initial vetting). I don’t know how they figure it out, but I guess it doesn’t really matter. The list is the list. We’ve got 20 and today I’m gonna go through all 20 and then figure out what 10 will likely be shortlisted and probably have a good idea what the final category’s going to be.

So here are the 20 films up for Best Visual Effects this year: END_OF_DOCUMENT_TOKEN_TO_BE_REPLACED

Oscars 2019: National Board of Review Winners

This is where my Oscar season kicks off. I don’t care about anything that’s happened before this, and as I’ve told a bunch of my friends who keep trying to bring stuff up about what might or might not be nominated… I’ve paid literally zero attention to anything until this point. For me, everything before December is about trying to see as much stuff as possible and then I start to slowly come around to what might happen. But even then, I’m not gonna start taking this stuff seriously until around Christmas when all the pieces are on the board and I’ve seen most or all of them. Though maybe I’ll have to bump that up to slightly earlier this year due to the truncated schedule.

Anyway, NBR announced today! And I love NBR. So, so much. They are my group of choice. Not even as Oscar indicators, but rather just as a group that picks good movies and has good taste. Over the years, my tastes seem to most closely align with NBR more than any other group, and I find that even when I don’t agree with one of their choices I understand it, kind of like when you know someone really well and can see that something they like is a byproduct of their tastes.

NBR is the only group out there that goes as far back as the Oscars do. No one else has as much history in relation to the Academy Awards as they do. They began in 1909 when a bunch of theater owners got together to try to prove that film wasn’t just some disposable medium and could actually be artistic. And then, in 1930, after the Oscars became a thing, they started handing out their own personal awards lists of their favorite films of the year. And unlike the Oscars or critics groups, their voting body is comprised of all sorts of people, the only common thread being that they love cinema. And isn’t that why we’re all here? END_OF_DOCUMENT_TOKEN_TO_BE_REPLACED 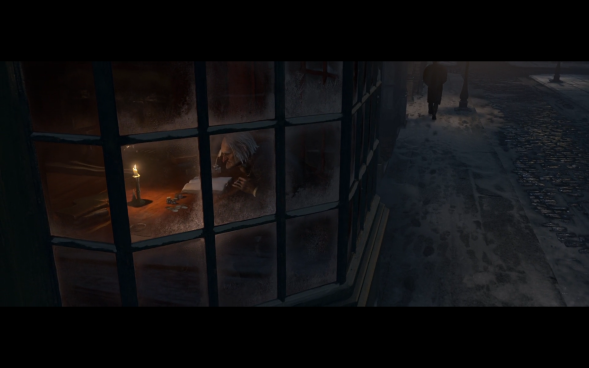