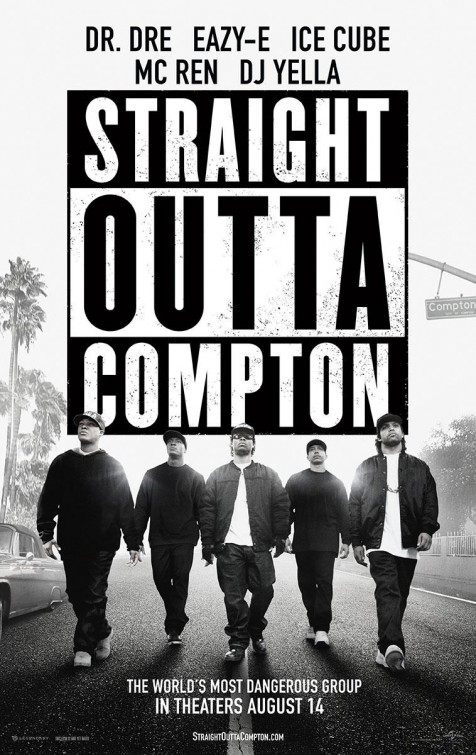 I think this may have been my #1 for that year. I can’t remember. It’s a really striking image. It’s sort of playing on the iconic imagery of the group, and really doesn’t have that much going on in it, but it’s explosive, and in-your-face, like the band was. So it’s maybe not as high for me as maybe it was at the time, but it’s still one of the most memorable posters/images from the year. It’s hard not to immediately see this and have a reaction to it. 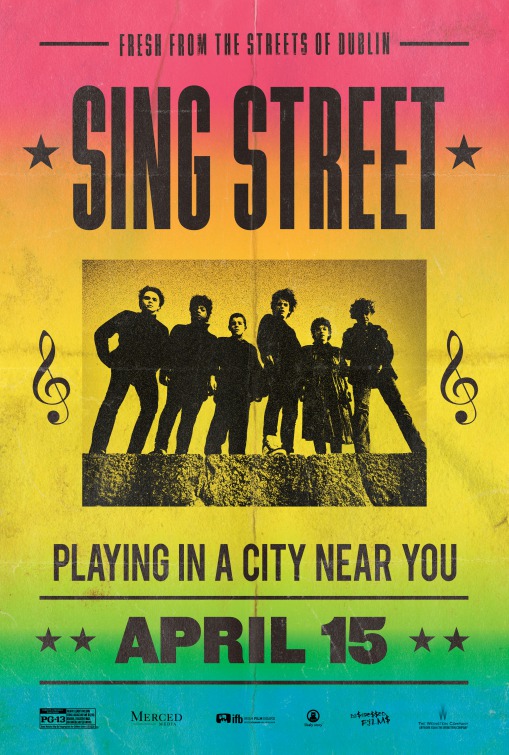 I love a poster that is also an advertisement for a fictional event. This is perfect — a poster for a band, the band in the film. The neon colors are a great touch and it just has that spirit of kids starting a band and doing things from scratch kinda spirit. And I love that about it. 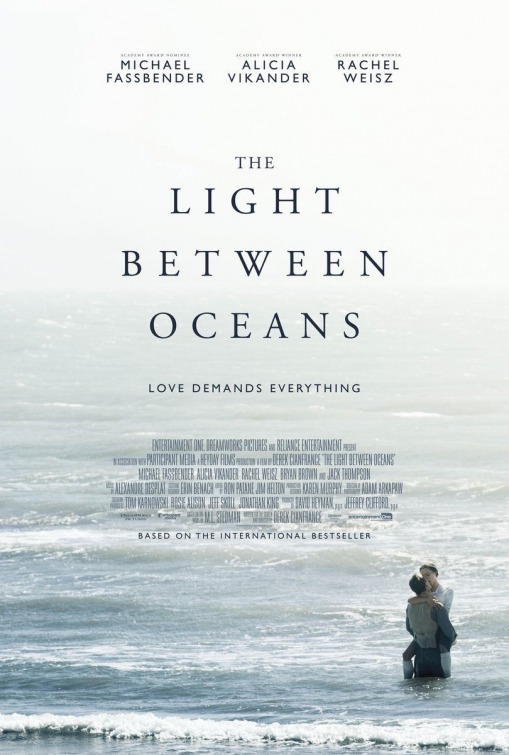 Beautiful image. You get it immediately. The two of them, love, and then the vastness of the ocean (or life). They’re just a minor speck in the grand scheme of things, but they’re determined to make it regardless. I love the infinite nature of the ocean in this poster, and that, despite the fact that the two of them are only a small portion of the frame, they’re the dominate focal point of the entire thing. It’s really striking, and also does a good job of explaining the plot (all things considered), which isn’t really an easy plot to try to explain. 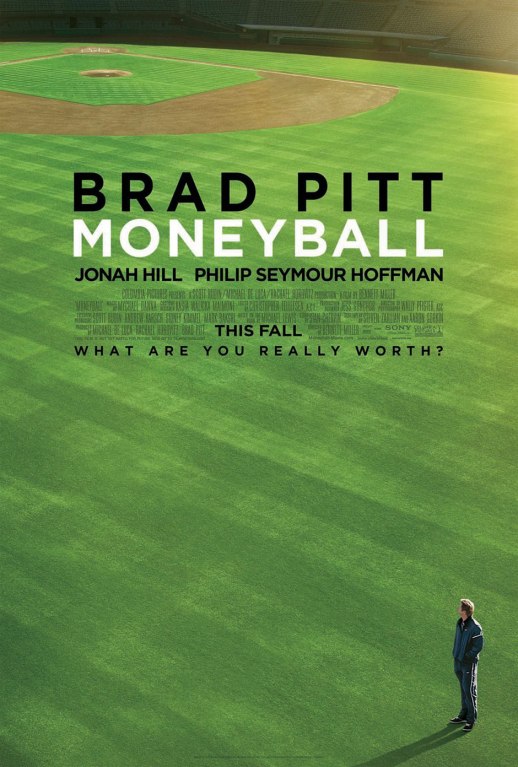 Another example of ‘small person, big frame’. This one, I think, more so than most other posters, you immediately understand the themes of the film. The vastness of the baseball field, and all that represents, and then one man in the corner of the frame. One man against the institution of baseball. But what’s great about it is, it’s not an antagonistic thing. You can feel the love and emotion that comes from seeing the grass on that field. It’s more of an aspirational poster than anything. It’s almost as if — here he is, all the way out here, and he just wants to get home. He just wants it all to work and hit that home run. I love this poster. 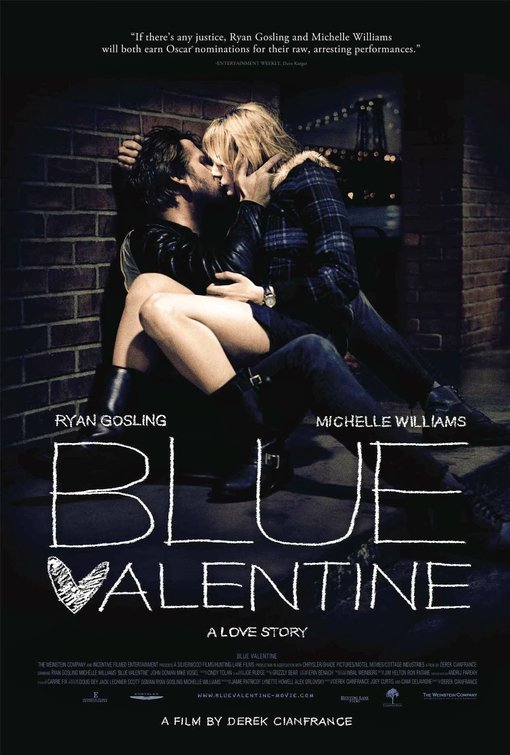 This is a perfect poster for this film. You just feel the indie-ness of the film and the one thing that jumps out at you is the strength of passion and emotion of that image of the two of them. And that’s what the film is based on, that connection between the two of them. It’s powerful. 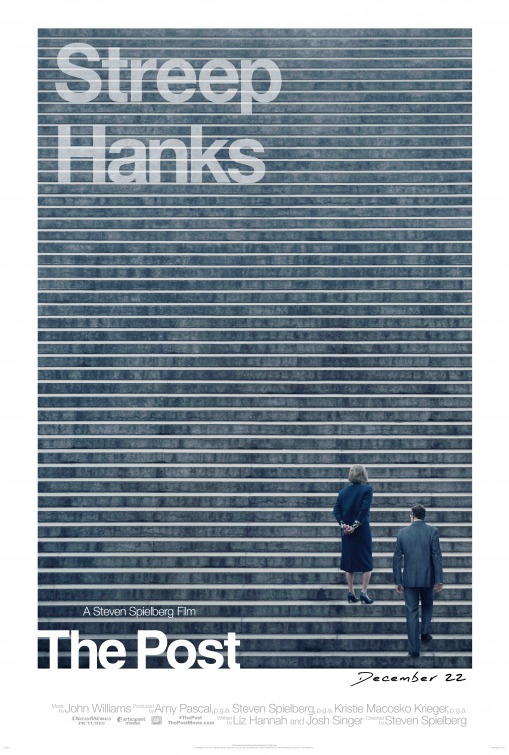 GREAT image. The endlessness of the steps, and them climbing up them. I like that he doesn’t show you their faces. And it’s Hanks and Streep! What a choice. That’s why Spielberg is great. He knows what’s best for the film, rather than selling you the stars. But the steps is just the perfect way to describe this film. Whether you want to think of them as the steps of the Supreme Court or some other federal building and them walking up to go uphold their right to Freedom of Speech and Freedom of the Press. Or it could be them walking up the steps into history. Or just the simple act of undertaking a great journey and fearlessly climbing up into the unknown. It all comes through. 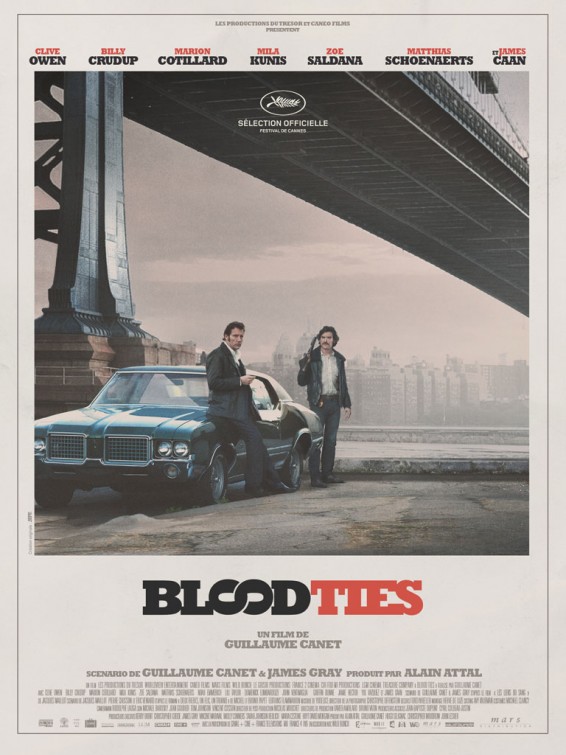 This poster was so strong it got me to see the movie. I saw this and went, “Wait, what is that?” Because I thought it was some rerelease from the 70s that I hadn’t heard about. One of those Seven-Ups type movies (which — great movie, The Seven-Ups). You look at this and you feel the 70s. 70s, cops, crime, New York — you get it. That’s it. Maybe that means nothing to some people, but for me, that’s all I want out of a movie. This image sold me on the film more than almost any other image from this entire decade. 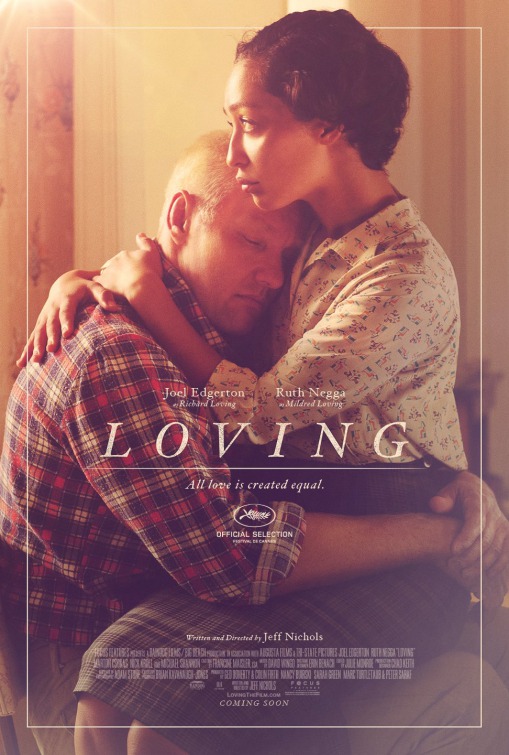 I love this image so, so, so much. It’s just the two of them, and the title “Loving.” It’s perfect. You get it. It’s a love between a man and a woman, and I love the little white border there, which, whether you realize it or not, is the (white-dominated) box that society wanted them to fit in, and you see that they’re moving outside of it. Because love is love. It’s such an incredible poster. 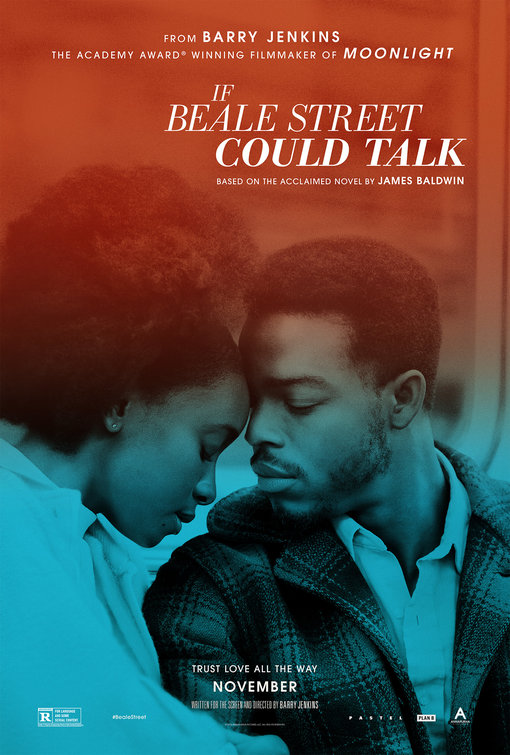 Everything about this movie just hits you right in the heart. Oh my god, is this poster gorgeous. First, I think anyone who’s seen Moonlight will automatically understand that this is spiritually related to that. I know it says it at the top, but even before you look at the words, you just feel it. That’s the lighting they used there, and I think you just instinctually know that. But also, the cool/warm juxtaposition is just stunning. Because the red seems to both represent the intense love between the two characters. On the surface, they’re just to people, but inside, this is the amount of passion they have for one another and how strong their connection is. And it can also represent society — this is the weight of racism and systemic oppression weighing down on them and preventing this love from being fully realized or lived. It’s a stunning image and truly one of the best posters to have come out this decade. 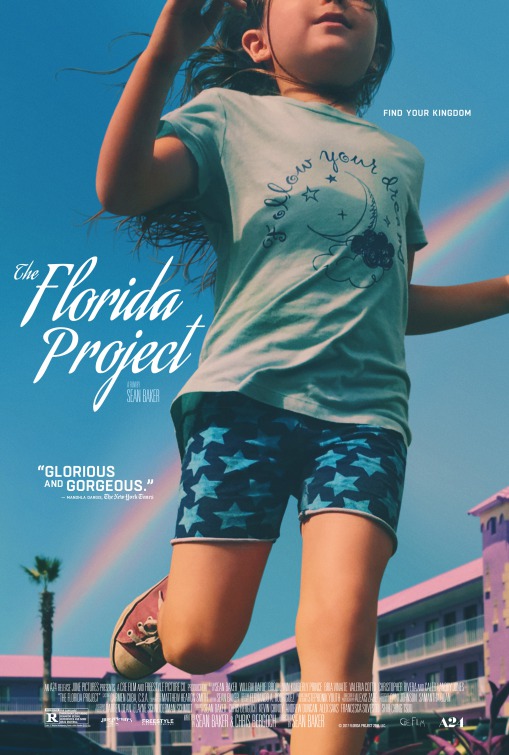 Pure, unrestrained joy. That’s this poster. This poster captures the simple freedom of childhood. That’s what it is. The endless amount of possibilities. Where, whatever the world is, it’s still wonderful. This girl doesn’t notice that she lives in a shitty motel just outside the ‘happiest place on earth’ or whatever Disney’s slogan is. She’s just being a child. This is her world, and she’s just enjoying being a kid. It’s one of the most breathtaking poster images I saw all decade.