While I call movie posters a lost art, trailers are a different beast altogether. They’ve definitely evolved over the years, and in a way, they’re getting better the more time goes on. Trailers 40 years ago were so much different than they are now. The way people sell a film is different now. Posters are just about imagery, but trailers have to show you what you’re in store for without giving away everything. Though, there is some artistry to that as well, since I think we can all agree that a lot of times, you can understand what the entire plot of a movie is gonna be just from a trailer. But once in a while, you get something really nice, where it’s cut real well and it makes you excited for the film without giving too many secrets away.

I track my favorite trailers each year, so now I’m gonna look back over the past decade and see which ones have held up best for me.

Here are my favorite film trailers of the past decade: END_OF_DOCUMENT_TOKEN_TO_BE_REPLACED

Mike’s Favorite Original Songs of the Decade: #116 – “(Underneath the) Lovely London Sky,” from Mary Poppins Returns

116. “(Underneath the) Lovely London Sky,” from Mary Poppins Returns

This is the opener, introducing us to the Lin-Manuel Miranda/Dick Van Dyke character and reintroducing us to the world and all that. It’s a nice tune. Though every time I hear the orchestrations on these songs, something sounds a bit… off, with them. I can’t figure out what it is. But in terms of all the songs in this new Poppins movie, this is one of the better ones.

Pic of the Day: “I know you don’t smoke weed, I know this. But I’m gonna get you high today. ‘Cause it’s Friday, you ain’t got no job, and you ain’t got shit to do.” (25th Anniversary) 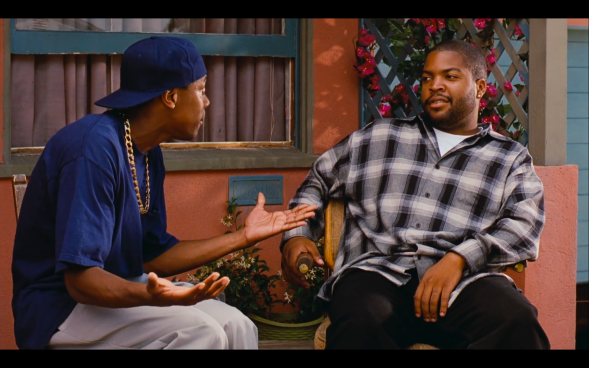