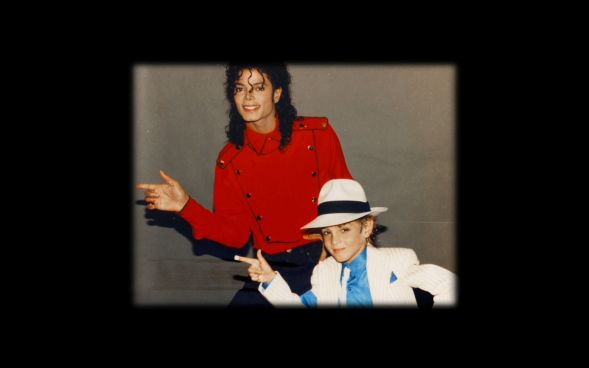 I stress every time I put up one of these lists that the rankings don’t really matter. If we were talking just in terms of documentaries that stick with you, this would go way higher. But otherwise — this is a really tough watch. It’s not that it’s four hours long. It’s that during the four hours you watch these kids painstakingly, and in graphic detail, explain the story of how Michael Jackson abused them. It’s just grueling, and really tough to get through emotionally. But that’s the point. It’s a really great doc, but definitely one of those where, once you see it, you never need to go back to it again. 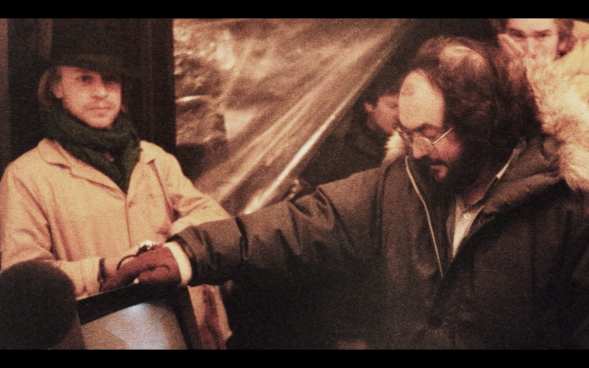 An interesting documentary about Leon Vitali, who people I guess would know as having acted in Barry Lyndon. He’s Ryan O’Neal’s son, who duels with him at the end of the film. After acting in the film, he asked Kubrick if he could stay on and watch him edit it. And thus began a decades-long friendship and working relationship. Vitali ended up not really acting again and instead worked for Kubrick as his personal assistant. And so, through Vitali, the man who knew Kubrick best of anyone, we get a glimpse into who Kubrick was, as a person and as a filmmaker. To me, the most interesting aspect is how much Vitali explains just how deeply Kubrick was involved in every single aspect of his films, down to the transfers onto VHS and DVD. Kubrick would call Vitali up because one scene on one print of a foreign cut of a film wasn’t timed correctly or wasn’t transferred to DVD properly and he’d have to go in and sit with the transfer artists and fix it, sitting through every single frame of the film to make sure it was transferred exactly to Kubrick’s specifications. That stuff is fascinating. It’s meant to be a documentary about Kubrick, but the idea that Vitali just quit everything to work for this guy and essentially be a paid servant of sorts to this guy (Kubrick would call him up on holidays, and he’d constantly get yelled at, all this crazy stuff), but now he’s the only one who could tell you exactly what Kubrick intended on every single aspect of his films. It’s definitely worth seeing if you’re into Kubrick, because it’s the closest lens we’re ever going to get into who he was. 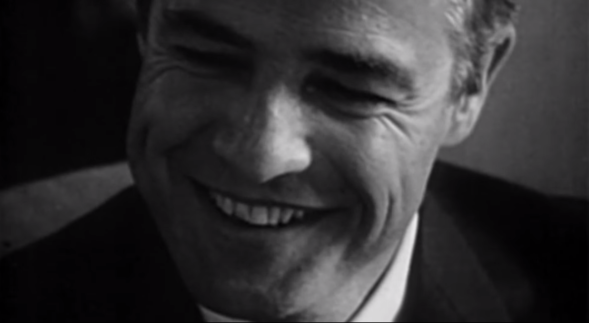 A documentary about Brando, by Brando. It’s based on tapes he recorded for himself. A lot of guided meditations and things. So it’s basically Brando narrating his own story. It’s not wholly revelatory if you’re into Brando or have seen things about him before. But it is interesting to see the words spoken by the man himself, and the clips they edited around them are really strong. It’s definitely a worthy documentary, though if you’ve done the research into him, I’m not sure just how much you’re gonna get out of it. 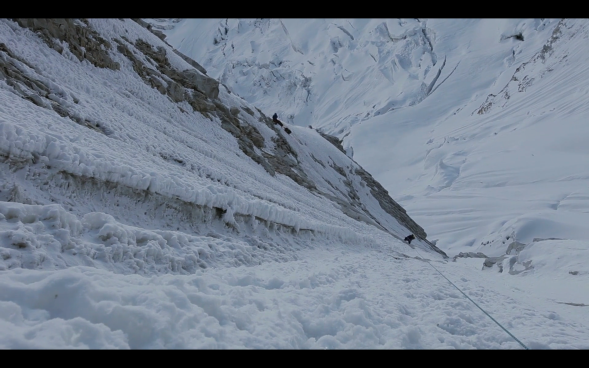 This is the test patient for what would become Free Solo. Jimmy Chin and Elizabeth Chai Vasarhelyi shot this just before they shot that, and it details Chins’ attempts with two other climbers to summit Meru after a failed attempt some years prior. And so you get Chin (an experienced climber) shooting footage while on the mountain. And it’s really just fascinating to see. It’s not as thrilling as Free Solo is in terms of the climb itself, but the footage is so much prettier, owing to all the snow and gorgeous views of the mountain. So while Free Solo ultimately is a better documentary in the end, if you look nice footage of mountains and want more of that feel you got during Free Solo, this is a good doc to check out. You’re gonna notice a trend about the majority of documentaries I like — music, film, comedy, a few ‘serious’ ones, and then some things related to who I am as a person/where I grew up. Of course along with a few odds and ends as well. That’s generally what this list is gonna be. This is our first comedy entry. Pretty simple — a documentary about Gilbert Gottfried. People know the voice, people know the comedy. This is a documentary about the man. You forget just how long he’s been doing it and how ubiquitous he is within people’s consciences, between Aladdin and Aflac and his comedy. My favorite parts about the doc are when they get into just how insanely cheap he is, with his suitcases of hotel toiletries and things like that. That’s the kind of stuff I want out of a documentary about a person like that. The weird stuff that somehow gives that fuller picture of who the person is. You might not think that a documentary about Gilbert is something you’d want to see, but this one’ll sneak up on you. It’s really nice. 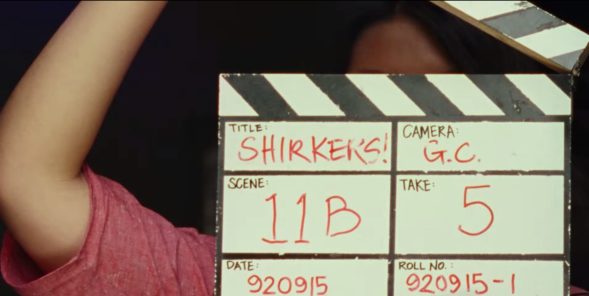 Very interesting documentary that fits both in the ‘film’ category as well as the ‘odds and ends’ category. It’s by a Singaporean woman who, in the 90s when she was a film student, shot an underground movie with her friends on the streets of Singapore. It was directed by her film teacher and mentor. Only, the doc takes a twist when we find out that the mentor, this mysterious guy of indeterminable origin, absconded with the film as soon as it was finished and was never heard from again. So the doc becomes about the woman reconvening with her friends to talk about this movie and what it meant for them at the time, making this rebellious kind of movie in Singapore, as well as talking about their teacher and what that was all about, and then eventually becoming about her trying to track him down to figure out what happened with the footage and why he took it. It’s interesting. I like the notion of these people banding together to make something. You definitely get a meditation on creativity there, as well as a reckoning of the past and coming to terms with the things that have happened to you. 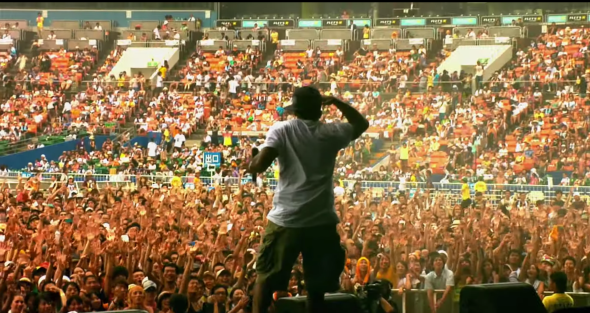 94. Beats, Rhymes & Life: The Travels of A Tribe Called Quest

Who doesn’t love A Tribe Called Quest? They’re one of the pioneering rap acts in the early 90s. And this is a celebration of the band, all they’ve done for rap and music over the past 30 years, and just a history of their origins and how it all came apart. It’s a good watch. And it’s even better knowing that they did reunite after the doc was out to release one more album before Phife Dawg’s death. 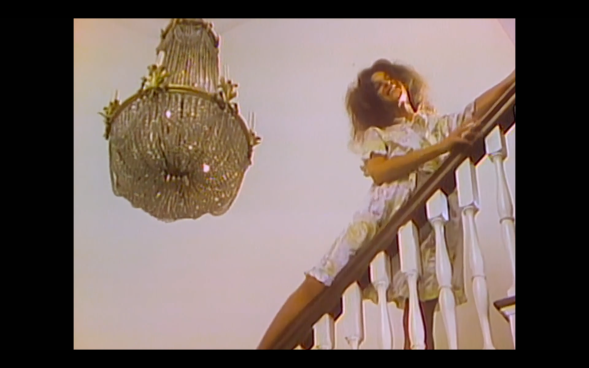 It’s just a documentary about Gilda Radner. Simple as that. She was a comedic force of nature and the film is a love letter to her. That’s pretty much it. If you love SNL and love Gilda — it’s just a fun watch. 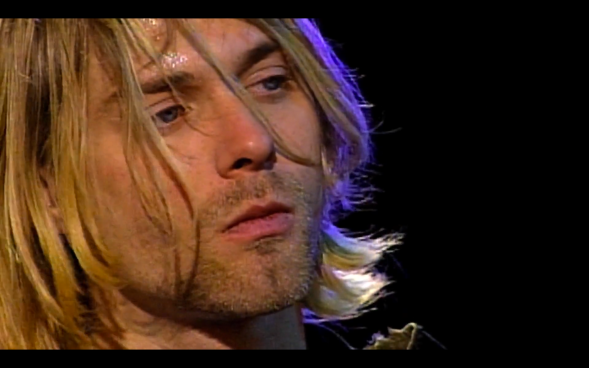 I’ll admit that Nirvana wasn’t the colossal force for me as it was for others. I went through that age of getting into them and really liking their music and still listen to a bunch of it even still — but they weren’t the ‘oh my god’ kind of revelation to me as they were to others. So I suspect there are a lot of people who will get (and have gotten) a lot more out of this documentary than I did. But still, I thought it was a really well-put-together portrait of Kurt Cobain as a person, and it details everything you’d want to know about him as a person as well as charts a history of the band up until his death. It’s about as definitive a Nirvana documentary as you’d ever want and uses a lot of great footage of Cobain to do it. This is one where — forget the rankings, this is one of the best edited docs I saw this decade. 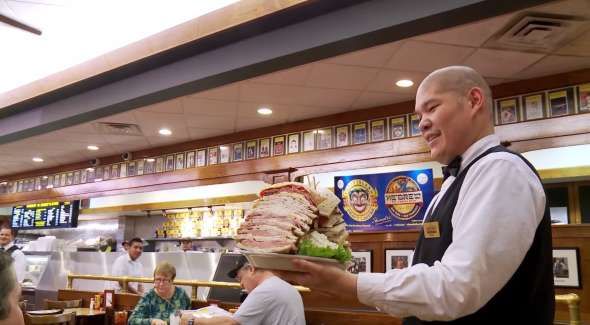 Not the greatest documentary at all — barely even watchable in someways. But man… I love a good deli. I grew up with delis. I miss delis. Fortunately a lot of the New York Jews came out to LA and opened some good ones and I still can get some deli action in my life when I want it. But yeah… this is one of those docs where it’s all about the subject matter. Someone made a documentary about Jewish delis. That is so exactly my speed, I couldn’t not love it. There’s nothing like settling into a booth at a deli and getting some pastrami that requires you to unhook your jaw like a snake in order to bite into it. And that’s what this documentary is about. It’s a love letter to delis. And that’s something I can definitely get behind.