I love typewriters. I’ve always wanted one so badly and haven’t ever gotten one for myself yet. So I love the idea that someone made a documentary about the typewriter as well as the group of people (a lot of whom are famous, like Tom Hanks) who still collect them and use them and want to restore them and keep them alive. It’s not gonna wow you with its filmmaking the way other docs do, but I just love that someone made a love letter to this machine that was primarily the way people wrote stuff for many years. This is what you typed on before you had a computer. And just watching these people talk about how great they are is/was just so good for my soul.

So this is based on the fact that Maggie Smith, Judi Dench, Eileen Atkins and Joan Plowright all hang out and get lunch a couple of times a year. And so someone decided (and they allowed them) to film it. And so it’s just the four of them hanging out and and swapping stories of the old days and just having a conversation the way old friends have a conversation. Only here, Plowright will casually go into stories about her husband Larry (you know… Olivier) and things like that. It’s just awesome to watch if you love these actresses. One of the most underrated and under-presented things are older actors and musicians just telling stories about the things they experienced. It’s always fascinating. And the older they are, the more straightforward they are and the less they give a shit about their image. So it’s always the unvarnished version. I wish she lived long enough for us to have gotten the Elizabeth Taylor version of this. But as it is, watching these four just chat casually is one of the most interesting things you’ll ever see.

88. Exit Through the Gift Shop

The documentary about Banksy. Though it’s not really about Banksy, is it? It’s meant to be this elaborate joke of sorts, where the guy documenting Banksy ends up becoming an underground street artist in his own right. There are times when I feel like I’m not in on the joke and don’t understand why I’m necessarily supposed to care about all of this, but I do appreciate the idea that this rebellious kind of art is still out there and thriving and undercutting the establishment (be it government or the boring ‘art’ world). There’s definitely a lot of fiction to this, but it’s still an interesting portrait and definitely fits the subject well.

87. Be Natural: The Untold Story of Alice Guy-Blaché

A documentary about one of the most important, yet heretofore unknown, figures in the history of cinema. Alice Guy-Blaché is one of the people that was there right at the forefront of filmmaking, one of the first women to direct a film, owned her own studio and even experimented with some (at the time) landmark concepts like sound, tinting and special effects. And no one knows who she is. So the documentary attempts to shine a light on her and restore her name to its rightful place in the history books. That’s really the purpose of the documentary, and there’s also the subtext of general female erasure from history and the proof that women are just as much at the forefront of every innovation as men are. Overall, the message is more important than the documentary is great, but it’s still a very worthwhile story to be told.

This is one of those great stories that could only be told in documentary form. It’s about a woman who worked as a nanny but shot thousands and thousands of photographs over her lifetime, which was found by the film’s co-director at an auction in an old trunk. He developed the photos and found these incredible images of people on the streets, portraits of strangers and all sorts of incredible images. And the film goes into the story of who she was, and you get into all the children she was a nanny for, and how closely guarded of her personal life she was. It’s one of those Van Gogh situations, where someone is unknown during their lifetime, but after their death their work is discovered and they’re regarded as one of the best of what they did. It’s a nice story and a very fine documentary.

One sub genre of documentary that I appreciate is the non-narrative one. Where it’s just a collection of beautiful images and sounds. That’s what this is. It was shot over five years and in twenty-five countries, and it’s just a look into our world, from the big to the small. It’s almost like watching some beautiful screensaver, where all these stunning images just pass by your screen every couple of seconds. Truly one of the most gorgeous documentaries you will ever see.

It’s so easy to sell this doc to people — it’s Werner Herzog narrating about volcanos. There you go. You’re sold. I’ll listen to Werner Herzog narrate anything. This is sort of the darker David Attenborough. Attenborough gives you hope about life and its ability to adapt, and Herzog is more about the ‘terrifying descent into the unknowable abyss, which brings us into a spiritual reckoning with the deepest portions of our collective souls’. Best part about that sentence? He may have said those exact words. You don’t know. I don’t know. It sure sounds like he could, right? But yeah. It’s a Werner Herzog documentary about volcanos, and it’s awesome. And it takes this out-of-left-field turn about halfway through and just becomes about North Korea for 30 minutes. Not a joke. Straight up just becomes about North Korea. That’s why I love that man. He can do that and it works. 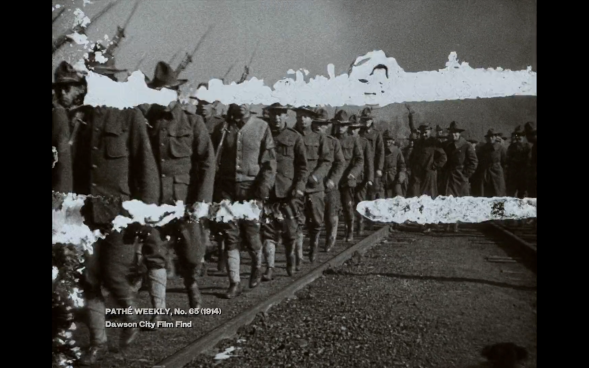 I love this one in concept. Dawson City is a Canadian town in the Yukon that was created during the Gold Rush. And in the 70s, they found something like 500 reels of silent film buried in the town. So the documentary is part history of Dawson City, part history of the United States at the start of the 20th century and part history of the origins of film, all told with clips of all the films they found during this discovery. It’s quite a beautiful documentary. There’s something really poetic about the fact that this town was founded during the rush for gold, got built up into this big, surging city and then the resources dry out and eventually it settles back into this nice, quiet town. And that dovetails beautifully with the history of silent film and, in a way, the studio system (though film as a whole has gone through so many more evolutions and iterations. But portions of its history do fit quite nicely with the history of this town). It’s a really unique and interesting documentary, and the footage — especially if you like silent film — is just stunning.

This one’s pretty simple — it’s just a bunch of gorgeous shots of mountains narrated by Willem Dafoe. That’s it. It’s just Willem Dafoe telling you about mountains with Planet Earth-level images of them. There’s really nothing more to it. Sometimes that’s all you need.

It’s Quincy Jones in his own words. While he’s still around to give them. Co-directed by his daughter Rashida Jones, it’s him tracing his story, which is a story that is just incredible, and not one that feels widely known. From his early days getting his break from Sinatra to scoring films and winning Oscars to his work with Michael Jackson on Thriller and all those albums at the height of his career — it’s a really incredible life Quincy Jones has lived. And his influence and fingerprints are on a lot of things we know today. It’s a fitting tribute to one of the most important figures in music history over the past 50 years.