While it does fit in the ‘serious’ category of documentaries, I love the themes of this one more than I loved watching it. If that makes sense. It’s about a female doctor in Syria who, because of the bombings, had to create a makeshift hospital underground through a series of tunnels. So not only does she have to deal with… you know… a Civil War, she also has to do so underground and treat all these people with horrific injuries from the bombings, while also dealing with the fact that she’s a woman in a Muslim country and some people will refuse to either accept her authority as a doctor or even simply be treated by her. Which… just one of those things would be interesting enough on its own. But all three at the same time is just too good to not be intrigued by. It’s a very, very good documentary, and even though I’m one those weirdos who would rather be entertained than informed, this one is so good it got past that usual barrier I have for documentaries like this. 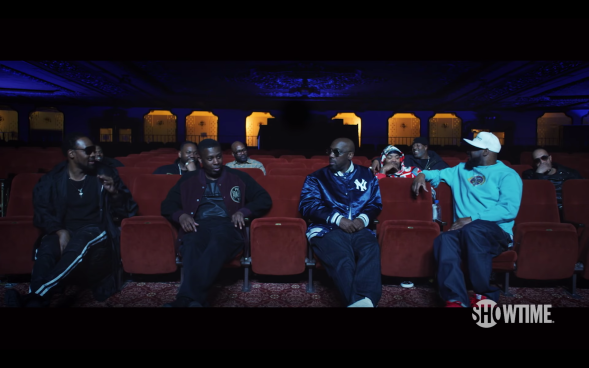 It’s a multi-part documentary that aired on TV, but it’s a documentary nevertheless. I erred on the side of not including things like concert films on this because it felt unfair to actual documentaries to force those on, but stuff like this… I’ll count this every day. This is the story of the Wu-Tang Clan, and it’s awesome. Their story of coming from nothing and becoming one of the most iconic rap groups of all time. It’s crazy that a lot of them still live where they grew up, to the point where there’s a story about how some of them used to work at… it’s either the Ferry or the Statue of Liberty… and they go back to their old boss, who’s still working there… and just chat with him. It’s really interesting to see how this band came together and how it all sort of came apart for a while. But getting them all in a theater (a theater I’ve been in) to watch their clips and tell their story… it’s really awesome. Wu-Tang forever. I love a good music doc. This one was interesting to me because Crosby is just notoriously a huge asshole, but he’s also been a part of some of the most famous bands of all time. The Byrds, Crosby Stills and Nash, Crosby Stills Nash and Young. Huge, huge bands and some of the most famous songs ever written. And yet, half this documentary is people being like, “No, I’ll never work with him again.” It’s such a fascinating dichotomy. My favorite story is when he says that Joni Mitchell (who he dated for a while) debuted one of her famous songs, which was her way of breaking up with him, by playing it at the same party they were at. And she sings it, looking right at him, finishes, and then sings it again. Which is just an amazing story and one of the reasons why I love rock docs like this. For better or worse, this is the story of David Crosby and encapsulates everything he is and everything he means to the world of music. HBO is really good at what they do. I knew very little about Diego Maradona before this documentary. I knew he led Argentina to a World Cup win, and I knew he did a lot of cocaine. That’s about the extent of my knowledge of him, save those images of him at the most recent World Cup just drunk off his ass and screaming at people before he passed out. But the doc is great, because it shows just how much shit you can (and did) get away with when you were an elite athlete. The best part is when he talked about his weekly routine, which was something akin to, “We had a game on Saturday. So I’d go out Saturday night afterward to party. And that would last until… Wednesday. And then Thursday I’d dry out and start training to go again on Saturday.” Which is insane. And also perfectly encapsulates everything that Maradona is as an athlete and a personality. Because, as great as the drug stuff is — dude won a World Cup and then made the final game in the next World Cup. It’s not that often that teams get back to a final in back-to-back tournaments. The party stuff is the fun stuff, but the doc is really there to show what an amazing athlete this dude was in his prime. 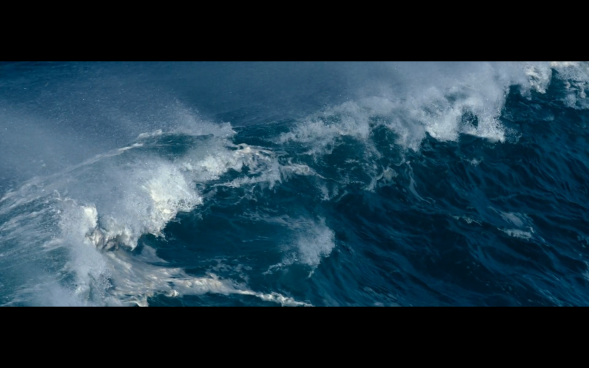 This is another non-narrative documentary that’s just shots of water. That’s it. Like Mountain is about mountains, this is just about water. All forms of it. Snow, rain, oceans, hurricanes. All of it. No words at all, just water. And it’s fascinating. Sometimes you don’t need to learn something. Sometimes you just need to see great images. 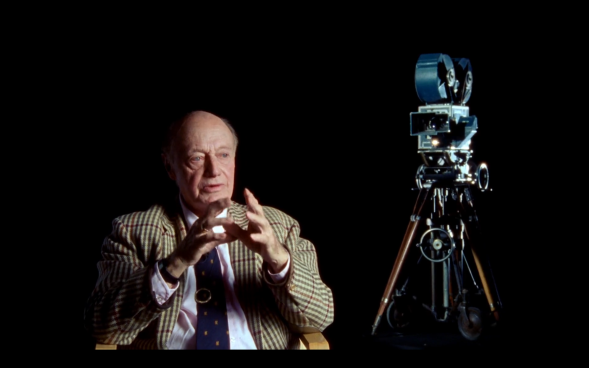 75. Cameraman: The Life and Work of Jack Cardiff

If you love cinema, then you’ll love this documentary. Jack Cardiff is one of the best cinematographers to ever get behind the camera. He shot some of the most gorgeous films ever made, some of which were made over 70 years ago and legitimately look as if they could have been photographed today. Of course, the most famous ones are those he made with Powell and Pressburger — A Matter of Life and Death, Black Narcissus and The Red Shoes — but he also shot Under Capricorn for Hitchcock (only his second film in color at the time), The African Queen, The Barefoot Contessa, War and Peace, The Vikings, Death on the Nile and even First Blood Part II. He even directed a handful of films, most notably Sons and Lovers. He’s just one of those all time guys, and this is a celebration of his work and an education for people who may not know just how important he is to the history of film. 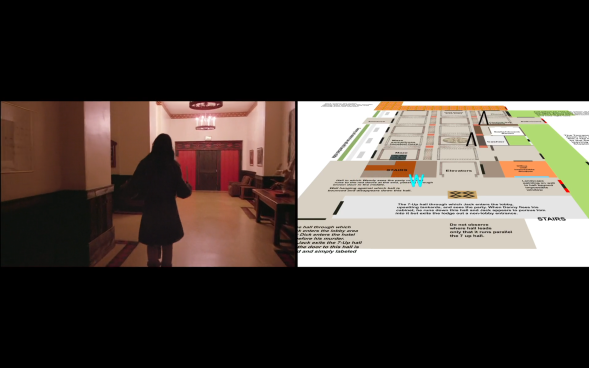 If you love The Shining, you’ll at the very least enjoy this doc. It’s about all the nuances of Kubrick’s film as well as all the different conspiracy theories and interpretations about what Room 237 and the plot stand for. Mostly it’s a love letter to the film and how deeply people care about it. For me, I like the shot breakdowns and them getting into how Kubrick handles geography and things more than I care about a deep dive into someone who thinks it’s about Native American burial grounds. But still. A really interesting documentary that again highlights how you can spend more time talking about a single scene of a Stanley Kubrick film than you can some directors’ entire filmographies. Entertaining doc about a film that never got made, but the plans for which seeped into all sorts of insanely famous and popular films that happened later on. The plan was that Alejandro Jodorowsky, who made The Holy Mountain, was going to adapt Dune into a film. And he assembled a team of artists and designers to create the look of the film. And it was insanely futuristic stuff, the likes of which probably couldn’t have even been done at the time. He was gonna have Salvador Dali, David Carrdine, Mick Jagger and Orson Welles in the cast, and Pink Floyd was gonna do the music. It was this insanely ambitious plan… that never happened. And then the artists that worked on the film went off and got hired on other films, and the results were Alien, and Star Wars and literally every groundbreaking piece of science fiction that came in the late 70s and early 80s. It’s a fascinating story and a really entertaining doc to watch. It’s great seeing that one of the most influential films ever made is a film that never happened. 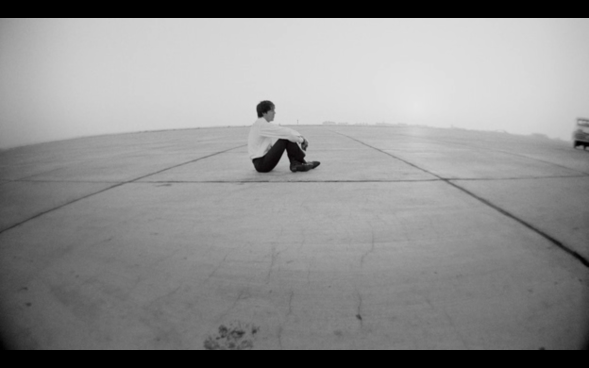 Martin Scorsese made a four-hour documentary about George Harrison. That about says everything you need to know, doesn’t it? Marty doesn’t skimp on anything here, and it’s a really complete portrait of the ‘forgotten’ Beatle. I love this doc. Just because it’s one of those things you’d never hear about unless you went to the right magic show or randomly came across is on some random news piece or something. It’s a doc about a sleight-of-hand magician, and they start it off at one of his shows at the Magic Castle here in LA. And he’s doing all these great card tricks and the usual thing. And then midway through the show, after you’re sufficiently impressed, the doc reveals — oh yeah, he’s BLIND. It’s about a guy who is blind and yet can manipulate a deck of cards better than almost anyone else alive. It’s insane. Not the best documentary ever made, but utterly fascinating to watch a blind magician do things with cards you couldn’t ever dream of doing. I’ve shown the first few minutes of this documentary to so many people, and they all come out excited by them.