Based on the book ‘Into Thin Air’ by Jon Krakauer, which documents an expedition up to the top of Mt. Everest, this kinda came and went quietly in theaters. There was a cool cast on it — Jake Gyllenhaal, Jason Clarke, Josh Brolin, John Hawkes, Robin Wright, Emily Watson, Keira Knightley, Sam Worthington, Elizabeth Debicki, Michael Kelly, Martin Henderson, Vanessa Kirby — but I think the fact that it was directed by Baltasar Kormákur, director of Contraband and 2 Guns, that led to the film not really finding its place. He’s more of a mainstream action director and the film feels like it was better positioned as a big adventure, classy awards type movie. And since it didn’t really fit either category, no one bothered to see it. And it’s just a solid movie. Great shots of people climbing mountains, decent enough tension for something that’s mostly straightforward (it’s not exactly Vertical Limit, you know? You can’t just make up shit to put extra drama and action in there), and a really fine movie all around.

Really terrific drama (on Netflix, so easily watchable) from Tamara Jenkins, whose The Savages was one of the best films of last decade. This is also (to an extent) based on her own life and stars Kathryn Hahn and Paul Giamatti as a couple attempting to get pregnant through in vitro fertilization. So the film is about the strain it puts on them and their marriage, since the whole in vitro process is long, stressful and expensive, fraught with emotion about the fact that you can’t just conceive a child on your own without help, when everyone else seems to be able to do it and doesn’t seem to appreciate it nearly as much. They end up in case of their niece, who wants to live a more artistic lifestyle more akin to theirs than her parents, and they begin to see her as a potential egg donor. It’s just one of those great movies for adults about real people and real problems. Terrifically acted and written and directed, and just a really great movie all around. 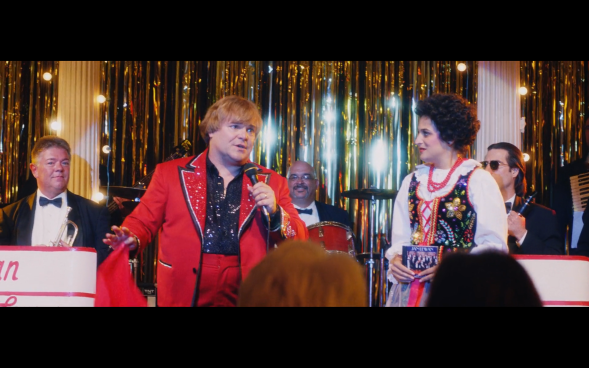 Great Netflix comedy from Maya Forbes, who made Infinitely Polar Bear, about Jan Lewan, a Pennsylvanian Polka singer who inadvertently (and then deliberately) started a Ponzi scheme. It’s… weird and fun. Jack Black delivers yet another terrific performance (he’s done that quite a bit over the past two decades, and people rarely take notice) and it’s just this really charming, odd little movie worth seeing. 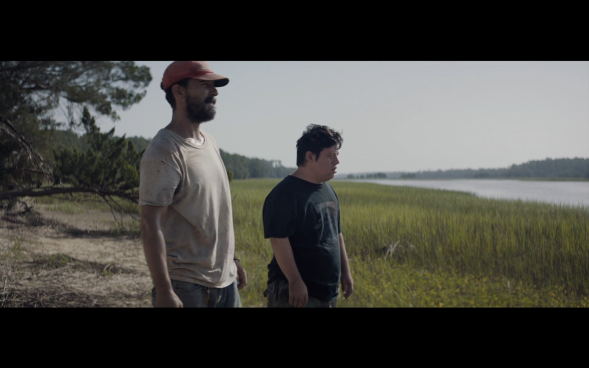 Absurdly charming movie that should have been one of those late summer runaway hits, because it’s so likable that literally anyone who saw it would have loved it and told others to go see it. Problem is… no one went to see it (it did well at the box office, relative to its budget, but still, it’s not like this is widely known). So here we are. It’s about a teen with Down’s Syndrome (played by an actor with Down’s Syndrome) who dreams of becoming a professional wrestler and going to a wrestling school from an old VHS tape he watches constantly. He escapes the care facility where he lives to go live his dream. Along the way, he runs into Shia LaBeouf, a local thief, who accompanies him on his journey (at first unwillingly, but… you know how these things go). It’s a really charming film guaranteed to make you smile.

This would originally have been straight-to-DVD John Wick, now it’s Netflix’s version of John Wick. Mads Mikkelsen is a master assassin who is ready to retire. Turns out, though, the agency that he works for is cash-strapped and can’t afford to pay all its assassins their retirement benefits, so it’s killing them all to prevent from paying out. So the film is him attempting to live a quiet life (there’s a very John Wick moment involving a dog that takes a very decided turn almost immediately. So it’s not shying away from the comparisons), while the agency tries to kill him. So of course he has to come out of retirement to murder people. You know how it goes. It’s John Wick but even more self-aware. It’s not trying to be anything other than

Remake of the original 1974 film with James Caan about a professor with a gambling addiction. William Monahan (writer of The Departed) soups it up and makes it much more mainstream than the original, but it largely maintains the same broad general story of the professor with the gambling addiction deep in debt with bad people. It’s a bit overly showy and very likely to turn some people off, but Wahlberg is fun and in a bit of a different mode than we’re used to seeing him in, Brie Larson is good as always, and you get Jessica Lange, John Goodman and Michael K. Williams to boot. I like it. I’m aware not everyone will but I do. 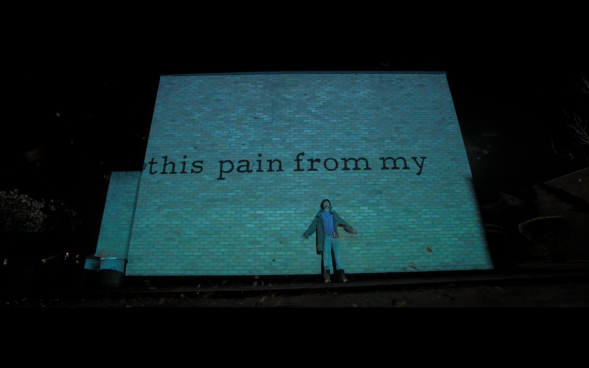 Do you like Bruce Springsteen? Did you like Bend It Like Beckham? Well, congratulations, you’ll love this movie. Because it’s literally those two things meshed together. Pakistani boy from an immigrant family is expected to work and make something of himself. Only he’s really into poetry and gets super into Bruce Springsteen. So the film becomes about the struggle between making his family happy and giving into his passion… you know, just like Bend It Like Beckham. It’s really charming and has all the great Bruce music you’d want to hear. It’s ‘safe’, but who said safe isn’t good sometimes?

Vol. 1 is still better, but in terms of Marvel sequels, it’s one of the best they’ve ever done. It’s one of the few Marvel sequels that legitimately tried something different narratively, and wasn’t content to just give you the same thing over and over again. And you know how I know? The opening sequence is the same thing over and over again — they put the opening credits dancing sequence to a song that is pretty on-the-nose. It felt like the thing a bad sequel would do. But then they go a different route with the story, dedicating real screen time to furthering the sister conflict between Nebula and Gamora and giving you the whole Quill and his father thing, slow-playing Russell as the villain and not giving you the same generic Marvel villain as all the other films (including Guardians 1). Plus, it ends on a giant funeral of a secondary character, and not even a gigantic action sequence. It’s, for Marvel, a really ambitious sequel. As just a film, I’d only put it here on the list, but for Marvel, I have way more respect for this than I do a lot of their other stuff.

Awesome anthology movie about violence and vengeance. You don’t get many anthology movies anymore, and especially not in a language other than English. And usually they’re a mixed bag where you tend to like some segments over others. This one is only a mixed bag in the sense that some segments are good while the others are very good. Here, all the segments are strong — the opening plane sequence, the waitress and the guy who killed her family, the road rage, the guy and the parking ticket, the hit and run and the whole wedding finale. It’s all great. It’s so much fun. This is one of those foreign films that feels like, even though there’s subtitles, it translates to most people who refuse to ‘read’ their films. There’s a universality to this one that will work for people who generally don’t do foreign films. It’s awesome.

Everyone knows this movie. There’s not much I need to say about it. It’s very good. Jonathan Glazer is a superb visualist who always makes interesting movies. Sexy Beast is amazing and Birth is very interesting. This one is such a simple story, and yet the way he tells it convinces you that no one else in the world could have told this story other than him. It’s definitely one of the essential films of the decade. I admittedly don’t love it the way some others do, but it’s still a really great movie.