This movie is (insert title here). It’s so much fun. A real breath of fresh air when it came out. It’s always great when you see something made by black voices, starring black actors, and it feels even more special when there’s a real voice behind it and not just trying to fit into all the other standard studio genre stuff. It’s also a really terrific movie. About a smart kid growing up in South Central trying to get into a great college who gets into this crazy adventure when he accidentally picks up the wrong backpack at a party. It’s a lot of fun. Great coming of age story, great soundtrack, great actors, great feel to the whole thing. Just one of those movies people should see. 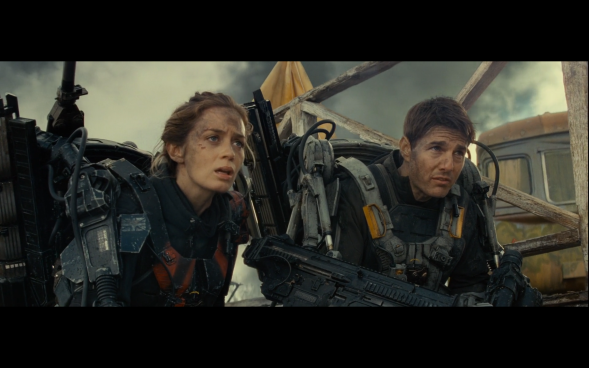 It’s funny how this movie (like most Doug Liman movies) teeters on the brink of disaster all the way through. Most people don’t remember this, but the first Bourne movie was thought of as this giant impending failure because of production delays, a lack of a coherent script, weeks and months of reshoots… and then it came out and was awesome and spawned a franchise. That seems to be the hallmark of all Doug Liman movies. Sometimes they work, others (like Jumper) don’t. This was one of those. Lots of reshoots, no script, completely rewritten all the way through production by Chris McQuarrie, no proper third act… everyone expected this to be a huge bomb. And now, they’re in the middle of getting ready to make a sequel to it. Weird how that works. But yeah, it’s a great concept. Groundhog Day but with aliens. Cruise stuck in a time loop during a big battle where he keeps getting killed. It’s a lot of fun. Barely holding together by the string of its teeth, but still works. Lot of fun. The big negative I can say about this is the whole thing with the title, where they called it something cool, but not necessarily fitting for the story, and then, despite choosing the title, tried to distance themselves from it and call it something else. Otherwise, it’s a really fun movie. Love this. Loved it from the first time I stumbled upon their crowdsourcing campaign to try to raise the budget for this. They showed a relatively polished version of the sequence pictured above to give you an idea of what the film would be, and it was awesome. I’d never seen anything like it. An action movie shot entirely POV style. Just like a video game. I love when people push the boundaries of how to shoot a film, and this was exactly the kind of thing I wanted to see. And the finished film — it’s a lot crazier than I expected, but it’s also exactly what it should have been. There’s no real logic to it and it’s just an excuse to do all sorts of cool parkour/POV stuff. And it’s awesome. It could be jarring for you if you’re not ready for that type of visual style, but it’s just a real joy ride of a film that makes the most out of a small budget.

Steven Soderbergh. You know what I’m gonna say — his films are always good. And he always tries to tell a story in a different way from how you’re used to it. Here, the big conceit is that he cast Gina Carano, MMA star, as an action hero. But really, to me, what makes this film most interesting is how he tries to make an action movie without fully succumbing to all the tropes of what you’d consider complete action tropes. Sure, it has shootouts and car chases and people punching and kicking one another… but there’s admittedly a much different feel to this film than most other action films. And it’s because Soderbergh is never content to just do the same thing as everyone else and likes to find a way to make it interesting for himself. And I always appreciate that. Plus, because Carano wasn’t a trained actor, he surrounded her with this insane cast of famous faces, and that part is just awesome. It’s typical Soderbergh — really strong and way more interesting than you ever think it would or could be. 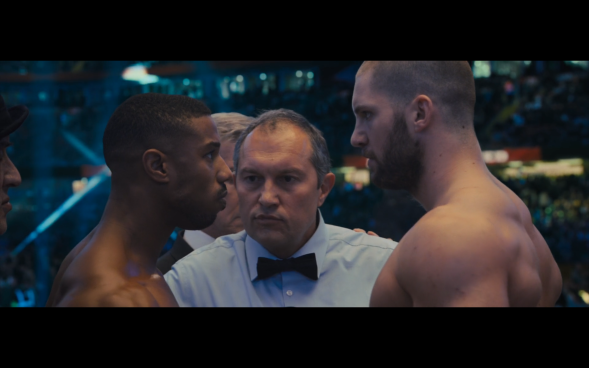 The first Creed was a real surprise in just how strong a film it was. The Rocky franchise has always been good (there’s only really one not-so-great entry in it, and even that’s fine), but it had largely descended into formula. But Creed was this injection of energy and a story that felt like it meant something and had something to say. And so of course they made a sequel when that one was so successful. And when you see it, you watch it start to descend back into that formula. They take the obvious route and do young Creed vs. young Drago, pull the Rocky II playbook of having something go wrong with the pregnancy… it’s a safe sequel that doesn’t have the heart or the grit of the original. But it’s still awesome. It’s a really fun movie and an adequate continuation of a proud franchise.

405. The Girl Without Hands

A gorgeous animated film and one of the most stunning of the decade. It’s based on the Grimm fairy tale about a miller who makes a deal with the Devil for prosperity in return for (unknowingly) his daughter. Then the Devil comes to collect, only to be unable to take her because of her purity. So, in return, he takes her hands. And the film is about her journey after losing her hands and leaving the mill. It’s truly a stunning film and one of those films you should see if you like animation, particularly hand-drawn animation and films that don’t look like the same tired studio animation we get nowadays, this is definitely one for you. Truly a beautiful piece of work.

Great indie that launched Jennifer Lawrence into stardom (Hunger Games was what launched her into superstardom) and is just a really great piece of work. It’s not the kind of movie that people necessarily go back to strongly after a decade… it’s the kind of movie they love at the time and slowly forget about after a while, but it’s a really strong film. A nice slow burn that’s well directed with great performances.

I was really surprised at how much I enjoyed this movie. Such a dumb concept and clearly made just so all these people could hang out together. But you know what? Totally works. Nothing like your run of the mill apocalypse movie where a bunch of celebrities die, resort to cannibalism, get possessed and murder one another. Good stuff. 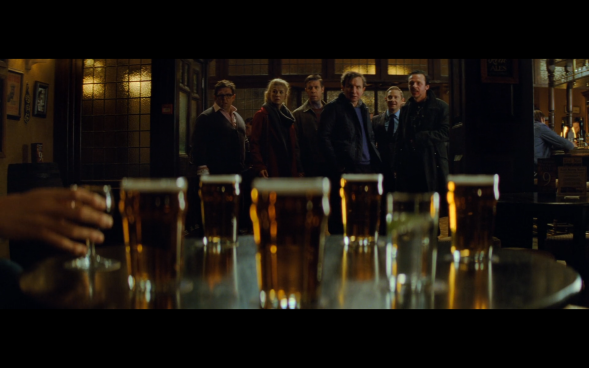 I always group this film with This Is the End, because they came out at almost the exact same time and have similar titles. But this is Edgar Wright, and part of his Cornetto trilogy. Shaun of the Dead is a masterpiece, and Hot Fuzz is real close to being one, if it isn’t. This one is the weaker of the three, but still a really good film in its own right. Shaun of the Dead had zombies, Hot Fuzz had cops and this one has aliens. The interesting thing about this film is how it slow plays the aliens for practically the first half of the film. It focuses on the Simon Pegg storyline and how he’s refused to grow up along with the rest of his friends, and then gradually the aliens show up and it turns into total mayhem. It’s awesome. Every Edgar Wright movie is awesome. 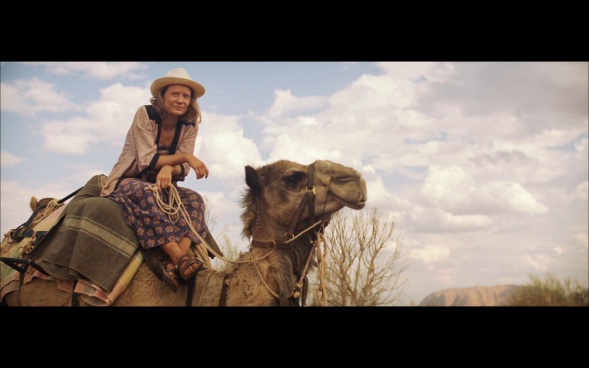 I love this movie. This was this small little indie I watched almost on a whim and fell in love with. It’s based on the memoir of a real woman who felt she didn’t fit properly in society and decided to go cross the Australian Outback on some dromedaries. And that’s the film. Her just doing this. And it’s awesome. Mia Wasikowska is great, and you get some Adam Driver for your troubles, and it’s just a really cool, empowering film that’s really entertaining and really under the radar. It’s fantastic.