1968. A pretty drab year. Not a bad one, because, they did make the best of what they had. But, not a very interesting one. Five relatively ho-hum Best Picture choices. Funny Girl, The Lion in Winter, Oliver!, Rachel, Rachel and Romeo and Juliet. I’d agree that of those choices, Oliver! is probably the best decision. (That or The Lion in Winter. Which feels too on-the-nose.) I think we’d all have something to rally around if, instead of the Paul Newman directorial effort on the list (you know that’s why they nominated it), they nominated 2001: A Space Odyssey instead. (I just heard like ten people go, “Oooh, yeah.”)

Also this year, Cliff Robertson wins Best Actor for Charly. Personally I’d have given Peter O’Toole his richly deserved Oscar for The Lion in Winter, but, whatever. Best Actress was a tie (the only exact tie in Academy history), with both Katharine Hepburn (The Lion in Winter) and Barbra Streisand (Funny Girl) winning. Streisand was the one who should have won, so, at least she tied. Then Best Supporting Actor was Jack Albertson for The Subject was Roses (which I agree with, even though I’d have totally voted for Gene Wilder in The Producers). And finally, even though Stanley Kubrick really deserved Best Director for 2001, Carol Reed wins for Oliver!. This I’m actually very okay with, because Carol Reed deserved an Oscar twice over for his direction of The Third Man (which he got passed over for in favor of All About Eve. You tell me which was the better directorial effort there. [Oh yeah, it also beat Sunset Boulevard. Just sayin’.])

So, that’s why I consider this a pretty drab year. Not necessarily bad, but also — not as good as it could have been.

Sondra Locke, The Heart is a Lonely Hunter

In Appreciation of Peter Falk

I’m very picky about who I write these little “In Memory Of” articles. Because — once somebody dies, everybody writes one of these things. I don’t really like doing the whole, “This person died thing” either. I’m much more a fan of — Jeez, look at all the awesome shit this person did, especially when they’re someone whose major exploits might not be the first things you think of.

For instance, look at the two people I wrote one for already — John Barry and Sidney Lumet. Well, the John Barry one was more of a — it was upsetting he died and I posted a bunch of links to his Bond themes. It was more an excuse to start my Pic of the Day series. The Sidney Lumet one was more of an appreciation article. Because the man directed a lot of films, and a lot of people probably didn’t know the extent of his resume. And that’s what I wanted people to appreciate. I’m gonna do the same thing here. Because Peter Falk really does deserve it. END_OF_DOCUMENT_TOKEN_TO_BE_REPLACED

Pic of the Day: “You blew up my car. I really loved that car.” 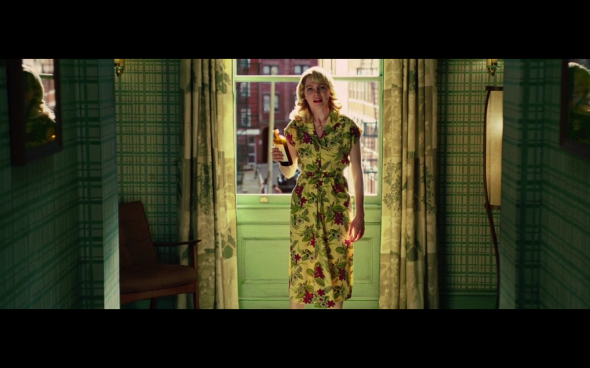 Green Lantern did poorly! Yes! I was so hoping that happened. And yet — it made the most sense. Even from last year this one looked like the worst of the bunch. Captain America looked like the best, and Thor looked like a wild card. X-Men I assume from experience will always throw out something that’s at the very least watchable. But, I was really hoping for this to fail (relatively). I was hoping it wouldn’t do the $60 million everyone was expecting it to. I was hoping it would do less than X-Men. And it did. It made $53.2 million. And since they were expecting 50, and estimated on Sunday it did 55, and it only did 53 — that ain’t good. And that’s great for me. Ha ha. (But, come on. You knew this was shit. I got done with that movie and was like, “Nothing happened.” You’ve seen this origin story so many times it’s not even interesting anymore. Which — oh man, Spider-Man‘s in trouble.)

Finishing third was Mr. Popper’s Penguins, with an exactly as expected $18.4 million. Just shy of 18.5. For some reason, when I see a film that I think will do like $25 million, and everyone else says 15 — $19 million is always the number. Almost always. $19 million or $14 million. You’d be surprised at how often those two are the right numbers to pick. But, that’s almost exactly as it was tracking, which, makes sense. END_OF_DOCUMENT_TOKEN_TO_BE_REPLACED