1994 is a very contentious year among people my age. More so than the Shakespeare in Love/Saving Private Ryan thing. The reason for that is — Forrest Gump, The Shawshank Redemption and Pulp Fiction. All three great films. Everyone has their preference. And even if you don’t, everyone recoils and is like, “Ooh…yeah. That’s tough.” I’m not getting into which was best here (I always take Quentin. Just saying.), but I’ll leave it at, Forrest Gump wins Best Picture, Best Director for Robert Zemeckis, and Best Actor for Tom Hanks, his second in a row, and the one of the two I actually think is a good decision.

Also this year, Jessica Lange finally wins her overdue Best Actress award for Blue Sky, mostly because her category was really weak, and her only competition was from Jodie Foster, who clearly gave the best performance in the category, but won twice already within the past seven years, and, she went full retard. Trust me, both things were factors. That’s why Lange won. And Best Supporting Actor this year was Martin Landau for Ed Wood. A great performance. It also beat Sam Jackson for Pulp Fiction and Gary Sinise for Forrest Gump. Mostly Sam Jackson. That was a tough pill to swallow, even though I love Landau’s performance there.

Anyway, that does it for everything else. Now, here — I hate this category. Hate it. I completely disagree with two of the nominees, and one film got nominated twice. So I count that as three, and I’m looking for alternatives. Guess what? There aren’t any. Unless we want to nominate Sally Field for Forrest Gump. We could stretch it and nominate Robin Wright Penn for it instead of Sally, but, Penn was clearly in the “lead” type role. But hey, they were possibilities. People seem to love Heavenly Creatures. How about nominating one of those two? Hell, give me something interesting. This is such a lifeless category.

Pic of the Day: “She’s crazy about him.” “And he about her. That’s what love is, dear – a harmless mental illness.” 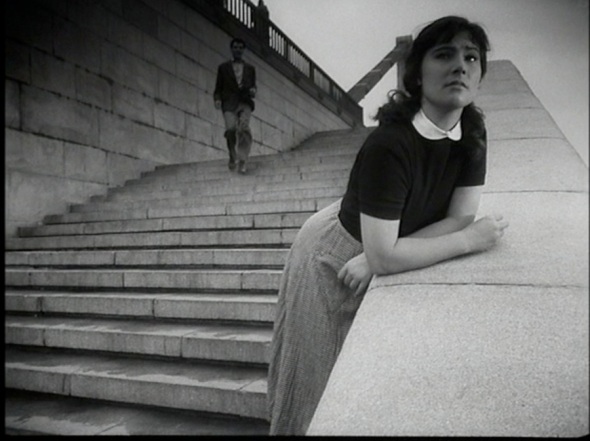