This one hurts. A lot. On the surface, you could look at this category and be like, “Oh, of course, All About Eve.” But if you look closer, you see it beat Sunset Boulevard and The Third Man. How could All About Eve have been a better directorial effort than those two? Especially the latter, which is considered one of the top ten or twenty (top five for me) best directorial efforts of all time? As you can see, I won’t even hide my contempt for this decision.

The rest of this year was — well, not very good. I don’t really like it all that much. All About Eve wins Best Picture, which I guess is okay. I prefer Sunset Boulevard, but, meh. Not gonna quibble that much. Best Actor was José Ferrer for Cyrano de Bergerac, a rather forgettable decision. Especially when you had William Holden in Sunset Boulevard and Jimmy Stewart in Harvey as the other choices. Best Actress was Judy Holliday for Born Yesterday, which, I liked as a performance, but am not totally sure about as a decision. After all, she beat Gloria Swanson for Sunset Boulevard (not to mention Bette Davis and Anne Baxter — more so Anne Baxter — for All About Eve). Best Supporting Actor was George Sanders for All About Eve, which is a pretty good decision (it was between him and Erich von Stroheim — a much more historical decision). And Best Supporting Actress was Josephine Hull for Harvey, which I think is pretty good.

So, in all, I find this to be a bad year. Even the okay decisions are very questionable, and it’s all topped by this horrendous cherry on top.

Joseph L. Mankiewicz, All About Eve

Pic of the Day: “Wait a minute, Doc. Are you telling me that you built a time machine…out of a DeLorean?” “The way I see it, if you’re gonna build a time machine into a car, why not do it with some style?” 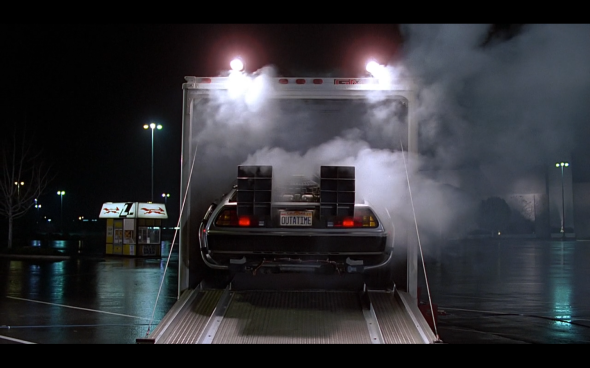