I used to really dislike 1944 as an Oscar year. I like Going My Way a lot, but I never liked it as a Best Picture choice, especially since Double Indemnity was also up for Best Picture that year. And even if it did win, Leo McCarey winning Best Director? Was that necessary? He had one already, and I think most people agree that Double Indemnity is the superior directorial effort. So much so that I think Billy Wilder got one of those Fred Zinnemann type makeup Oscars the year after this (he directed The Lost Weekend, which won Best Picture in ’45).

I also wondered why Going My Way also won Best Supporting Actor for Barry Fitzgerald (which, I kind of understood, but I hadn’t seen any of the other nominees yet, so I figured there must have been a better choice) and even this category. That’s four of the six major awards, for a film that’s nothing more than Boys Town with some music thrown in. Also, just to recap, Ingrid Bergman won a pseudo makeup Oscar for Gaslight this year, and Ethel Barrymore wins Best Supporting Actress for None But the Lonely Heart, a clear and obvious veteran win.

So, with all of that — I saw no decisions I could get behind at all. It seemed like a bad year. Not terrible, just, bad. But now, after having seen many things, I’ve sort of come around on a few of the categories. I can at least either agree with or accept three of them, while still considering three of them bad decisions. But fortunately, though, one of the ones I agree with was this one, so, that’s good, right?

Cary Grant, None But the Lonely Heart

Pic of the Day: “I enjoy a spirited ride as much as the next girl, but…who’s that?” “The next girl.” 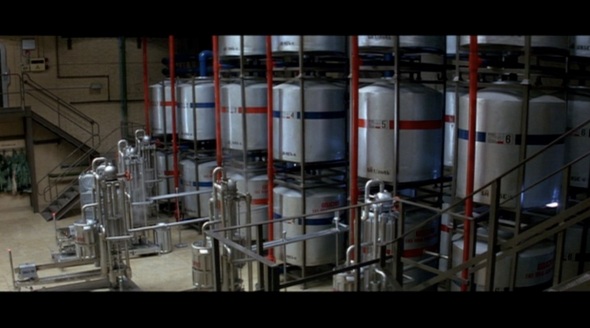