I don’t like 1947. I like the big decisions, but I feel the nominees this year were pretty weak, so, while they made the best decision, it just feels ho hum. Gentleman’s Agreement wins Best Picture and Best Director for Elia Kazan. Its competition was a B-movie version of the same story (Crossfire) two fantasies that are better served as Christmas films (The Bishop’s Wife and Miracle on 34th Street, which, if It’s a Wonderful Life didn’t win the year before this, these had no shot), and a classical literary adaptation (Great Expectations, which, is a great film, but not one that should win Best Picture. They wouldn’t make this mistake until the year after this). So, they made the right choice, but, the choices were pretty weak, so that’s why I don’t really think of this as such an amazing decision.

Best Actor this year was Ronald Colman for A Double Life. This was a “veteran” win, in that, he was a well-respected actor, and, like David Niven, it was only a matter of time before he won one of these. And, honestly, the category sucked so bad, I’m okay with it, even though I didn’t much like the performance (loved the concept behind the performance, but the performance itself felt very theatrical). Gregory Peck gave the best performance, but, he won an Oscar later, so it’s okay that he didn’t win. Then Best Actress this year was Loretta Young in The Farmer’s Daughter, which was probably the second worst Best Actress decision of all time. Rosalind Russell really should have won for Mourning Becomes Electra. This is considered to be the worst Best Actress decision, but, we already know my feelings on that one. And Best Supporting Actor this year was Edmund Gwenn for Miracle on 34th Street (talked about here), which I like a lot and accept, but Richard Widmark was so awesomely insane in Kiss of Death, I had to vote for him there. He pushes an old woman in a wheelchair down the stairs.

Which brings us to this category. It’s really weak. There were only two decisions they could have made that were okay. This was one of them.

Marjorie Mann, The Egg and I 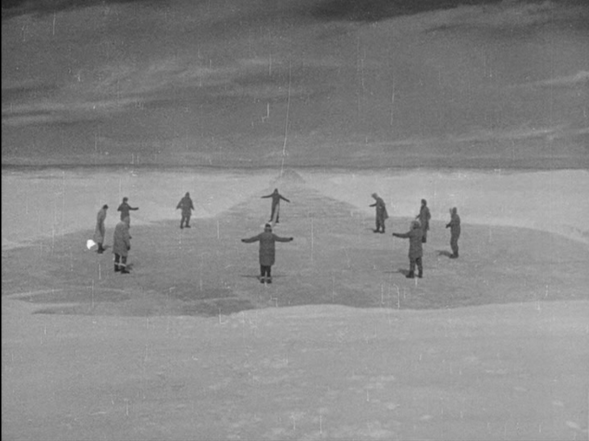