1955 is a bit of a forgotten year in Academy history. Mostly because it’s small. A small film won the big awards, and the rest of the awards aren’t particularly memorable. So most people tend to overlook it.

Marty wins Best Picture, Best Director for Delbert Mann (talked about here), and Best Actor for Ernest Borgnine (talked about here). I love all the decisions, mostly because I love Marty, and because the year was very weak, and I think it was the best film in the bunch. (Could have done without Best Director, but whatever. James L. Brooks won for his film, so it’s not like it hasn’t happened.)

Best Actress was Anna Magnani for The Rose Tattoo (talked about here), which I don’t like because she’s not really an actress who needs an Academy Award, plus I felt Susan Hayward was much better in I’ll Cry Tomorrow, and if she’d won here, she wouldn’t have had to win in 1958 and then either Deborah Kerr or Rosalind Russell or Elizabeth Taylor could have won. (Kerr and Russell never won Oscars, and if Taylor won that year, she wouldn’t have had to win in 1960, and then Shirley MacLaine, the fifth nominee in 1958, could have won. Amazing what one decision can do, huh?) Oh, and Jo Van Fleet won Best Supporting Actress for East of Eden (talked about here). I understand it, but I went another way.

And then this category — meh. Pretty weak. But, Jack Lemmon is awesome. So he makes this feel a bit better.

Sal Mineo, Rebel Without a Cause

Pic of the Day: “Voila! The ZF-1. It’s light. Handle’s adjustable for easy carrying, good for righties and lefties. Breaks down into four parts, undetectable by x-ray, ideal for quick, discreet interventions. A word on firepower: Titanium recharger, three thousand round clip with bursts of three to three hundred, and with the Replay button – another Zorg invention – it’s even easier. One shot, and Replay, sends every following shot to the same location. And to finish the job – all Zorg oldies but goldies: Rocket launcher, arrow launcher – with explosion of poisonous gas heads – very practical – our famous net launcher, the always-sufficient flamethrower – my favorite – and for the grand finale: the all new ice cube system.” 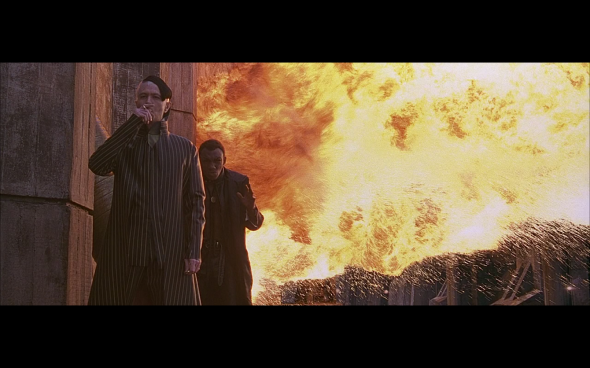 The Three Stooges, which I will see by the end of the weekend, finished second, with $17 million. Slightly high, but also, it was put out in 3,500 theaters. It makes sense. This will end up being a decent hit for them. The budget was only $30 million. Remember that, people.

The Cabin in the Woods made $14.7 million, good for third place. Meh. I really don’t give a shit about this movie at all. I’m sure I’ll have to see it, but I can guarantee that I will not care, even a little bit, about this movie.

Titanic 3D made $11.9 million in its second weekend. I guess it’s like the ship. Took forever to go down. END_OF_DOCUMENT_TOKEN_TO_BE_REPLACED