I always consider this film a pair with Saludos Amigos, which was the #50 film on my countdown. To me, they’re just throwaway films. It’s clear the company’s attention is elsewhere (making propaganda pieces for the war as well as cutting back on budgets because of it), and I’m just not a fan of anything South American. Never was. So to me, the two are not only linked, but pretty forgettable on the whole. This one at least has a plot (of sorts), and a pretty memorable song, so I can’t fault it that much. It’s just — not that interesting to me.

Again, this is one of those — it’s not the film’s fault, it’s just one of those by-default things that happens. The film just isn’t as good as other Disney films. It has all the reasons in the world not to be, but I can’t honestly say I enjoyed it past #49.

END_OF_DOCUMENT_TOKEN_TO_BE_REPLACED

Pic of the Day: “I don’t wanna put any undue pressure on you, but as you march off to do your duty, I want you to keep one thing in mind: dead men do not buy dog food!” 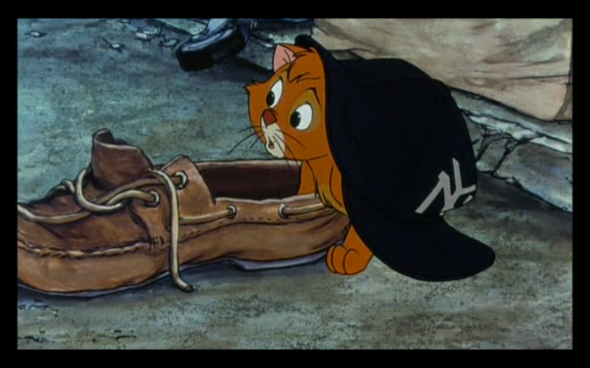 To absolutely nobody’s surprise, The Dark Knight Rises wins the weekend. It made $160.9 million. That’s the highest-grossing opening weekend not artificially aided by bullshit 3D-inflated ticket surcharges. And pretty much no one went to see anything else.

Ice Age: Continental Drift fell 56% (a lot higher than a standard animated film drop, which should tell you something about the quality of the film), pulling in $20.4 million. After two weekends, the film has made about $90 million. That’s actually less than I thought. But that was about what they spent to make it, and the film made about $500 million worldwide so far, so don’t expect this fucking franchise to end any time soon. (Great…)

The Amazing Spider-Man fell almost 70% (holy shit!) to $10.9 million. (Thomas Wayne note: “Why do we fall? So we can get back up again.” … Boom… NAILED IT!) But seriously, damn, that’s a plummet. Not that it matters, they’ve already made their budget back domestically after 3 weeks (and they spent a ridiculous $230 million on it, so that’s saying a lot), and made a shit ton of money overseas. It’s not like they’re hurting for money with this. END_OF_DOCUMENT_TOKEN_TO_BE_REPLACED