Every year before the Oscars I break down each of the 24 categories. I do this to familiarize everyone with the category, how it works, what its history is, how it usually turns out, and also as a precursor to my picks article, allowing me to get most of the heavy lifting out of the way beforehand.

Pic of the Day: “People who talk in metaphors oughta shampoo my crotch.” 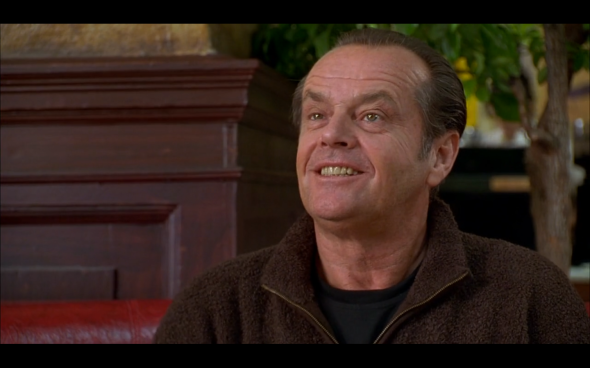 The Annie Awards were also given out tonight. Surprise, Pixar won everything.

Inside Out won Best Animated Feature, Directing, Writing, Voice Acting (for Sadness), Production Design, Character Animation, Music, Character Design, Editorial and Storyboarding. The only category it lost was for Animated Effects, which went to The Good Dinosaur. So Pixar swept all the Animated film categories.

So that’s what we got. Inside Out can’t lose, in case you didn’t know that already.

They gave out the DGA Awards earlier tonight. Or, I guess yesterday, since it’s like 3am now.

So Best Director is pretty much a wrap. The DGA is the most accurate precursor of all of them.

The back-t0-back Best Director feat has only happened once before: Joseph L. Mankiewicz in 1949 and 1950, for A Letter to Three Wives and All About Eve. Mankiewicz also won Best Screenplay for both of those efforts on top of that. The Revenant wasn’t nominated for Screenplay this year, otherwise that also would have been in play.

BAFTA announces in a week. They’re the only ones that could potentially pull for an alternate winner. Though at this point, who could that even be?