The Costume Designers Guild announced their awards this evening.

Excellence in Period Film went to The Danish Girl. That and Carol were the only two nominated films in that category.

Excellence in Contemporary Film went to Beasts of No Nation. That category is always a wash because contemporary films never get nominated for costumes.

Pretty much this tells us that Mad Max is probably winning yet another category, since Cinderella has lost to it heads up at least twice now in precursors, and it’s won just about everything so far.

Though it’s worth noting that The Revenant was not nominated here and still could theoretically sneak in a win at the Oscars.

Every year before the Oscars I break down each of the 24 categories. I do this to familiarize everyone with the category, how it works, what its history is, how it usually turns out, and also as a precursor to my picks article, allowing me to get most of the heavy lifting out of the way beforehand.

Today is Best Actor. Which, for the first time since My Fair Lady is going to feature bear rape. END_OF_DOCUMENT_TOKEN_TO_BE_REPLACED

Pic of the Day: “I have a fearful temper. You might as well know about it now instead of findin’ out about it later. We Danahers are a fightin’ people.” “I can think of a lot of things I’d rather do to one of the Danahers – Miss Danaher.” “Shhh, Mr. Thornton! What will Mr. Flynn be thinkin’?” 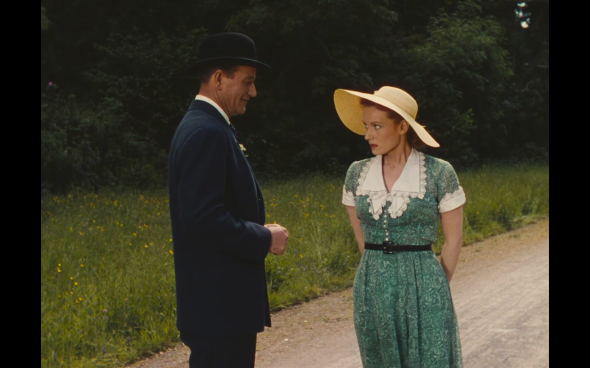