Another shortlist. One I actually enjoy looking at. Animated Short. I enjoy it so much I held off writing it up until I could try to look for most of the potential nominees.

Typically you know what they’re gonna vote for once you have a final category. Picking the category though, can be a bit tough. Last year, looking at the shortlist, I could have told you one movie that absolutely would not be nominated. And sure enough, there it was. So what do any of us know. But at least we have some cool stuff to look at in the meantime.

Here is your shortlist for Best Animated Short Film: END_OF_DOCUMENT_TOKEN_TO_BE_REPLACED

One final shortlist to get out of the way while we’re here. They announced The Live-Action Short shortlist. This is, historically, the most difficult of the Oscar categories, because you have no idea which way they’re gonna go. Animated Short, generally you can pick to their tastes, and Documentary Short, they have a definite preference. This category — no clue what they like or what they’re gonna vote for. Just when you think you have an idea, they go different.

So let’s see what we have for ourselves this year, and see if we can guess which half of this list is going to be nominated.

This is the more mature version of the Oscar Quest. Updated, more in-depth, as objective as possible, less hostile. You can still read the old articles, but know that those are of a certain time, and these represent the present. END_OF_DOCUMENT_TOKEN_TO_BE_REPLACED

Pic of the Day: “Here’s a little story I’d like to tell, about three best friends and their first Noel. It begins right before Christmas 2001, when a young man named Ethan became an orphan. His mama and papa both tragically gone, it seemed for him Christmas had sung its swan song. As he sat alone on Christmas Eve, his friends came over and forced him to leave. They had to get Ethan out of his funk, so they went to a bar and they got his ass drunk.” 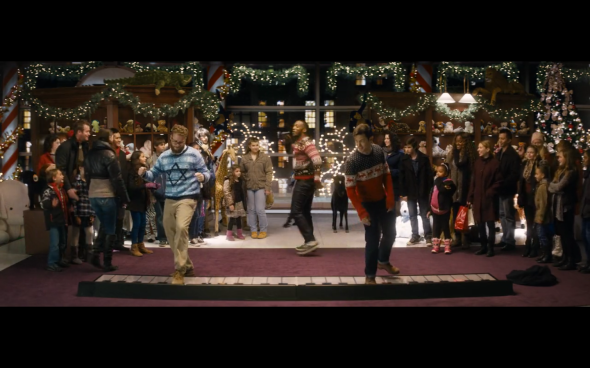