Okay, so I legit had no idea the Globes were tonight. I was expecting them to be next weekend for some reason. Even though I post a list on this website to remind me of things to prevent a situation just like this. And like the Snowman Killer, I gave myself all the clues.

Fortunately I put absolutely zero effort into these predictions every year, so this’ll be real easy.

The fun for me is watching the show, not thinking about it. I’m getting drunk and texting ridiculous shit just like everyone at the damn thing. Because we know these things don’t matter, right? The voting body shares zero similarities with the Academy, so we’re left with a marker that may or may not pan out. Usually they get a handful and miss a handful. I’m sure this will be no different.

So let’s watch me pick names out of a hat and then scoff at all the TV nominees before I start drinking: END_OF_DOCUMENT_TOKEN_TO_BE_REPLACED

I say it every year — the movie poster is a lost art. That statement is even more relevant this year. I’m not gonna sugarcoat it — this year sucked for movie posters.

In today’s marketplace, about half the product is based on built-in IP that can trade off iconic images in previously known versions of that product. The other half are smaller movies that maybe get one poster at most, and usually that poster is created off the same generic template as most posters and is designed to make you think of other movies that you went to see in the past. Or, the new wrinkle is that a bunch of movies are now being released on Netflix, who doesn’t need to bother marketing the films and doesn’t even bother giving you posters for them. As such, there’s really no great use of imagery out there anymore.

Last year, I felt, was actually a really strong year for posters. This year, it felt like every poster I saw was either trading off its own brand (Disney, Marvel, even Blade Runner) or reminiscent of some other movie poster from years past. Few posters actually gave a shit to give you a great image. Usually at least one of a movie’s posters is great — because, as I usually say, there are like five different posters for every major movie. Teaser, first official, second official, character posters, IMAX poster, etc — but this year it didn’t even feel like they tried on those.

A good movie poster is one that sells its stars and its subject matter, boiling down the themes of a film into a single image. Ideally, you look at that poster, know exactly what it’s about, and are left with the thought of, “Oh, I wanna see that.” Did anything really stand out to you this year? END_OF_DOCUMENT_TOKEN_TO_BE_REPLACED

Pic of the Day: “This is the tragedy of a man who could not make up his mind.” 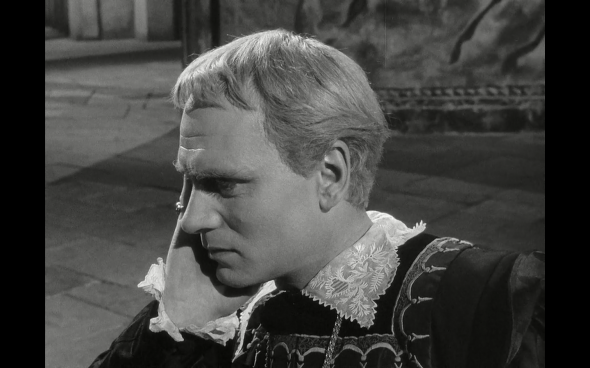