It worked out by chance that this is the first official “year end” list to be published, but in a way, it feels fitting. Most years, I do my overrated, underrated and underseen films, as well as lists of what films surprised me both positively and negatively. I’ve hesitated to write up hidden gems, just because hidden gems feel like they need time to become gems. It’s in the definition of the word. A gem doesn’t just randomly occur in nature.

However, because I watch so many films each year and because there are so many out there that are awesome that people just don’t know about, I felt that I should write up a list to give as many of those their due as I can. This may bleed over a bit with my Underseen list, but in a way, that’s more about the films people know about but just need to actually go see. This is more supposed to be — “You don’t even know what this is, do you?” I want it to be about the films that are really good that most people just either have not heard of or would take a second to go, “What is that, again?”

The average moviegoer maybe recognizes a third of this list. People more into movies probably has seen a third and has heard of half or so. People who are deeper into movies than most, maybe half seen and heard of 75%? I still think there’s gonna be something here that is so under the radar that even the film people don’t know what it is. And you know how I know that? Talking to people.

The idea behind this list is — most people don’t know about these films, they’re really great, and you should seek them out, because they’re great. There are obviously gonna be a few that maybe have wider recognition than a true ‘hidden’ gem, but in those situations, I think we’d agree that people still need to see them. If I can have it be under 5 that you think are more widely known than I’m suggesting, I think I’ve done my job. I still think most people haven’t seen at least half this list at minimum. (And if you have, maybe start telling people about them.)

Anyway, here are a few (and trust me, there are more) hidden gems from this year that deserve to have a wider audience: END_OF_DOCUMENT_TOKEN_TO_BE_REPLACED

Pic of the Day: “There’s no Christmas in the Army, Captain.” 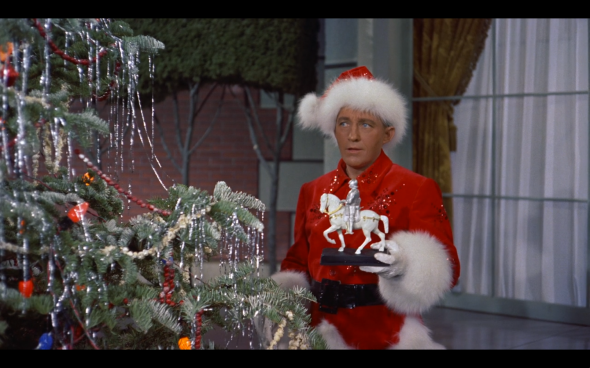