The Unforgivable Films of 2018

This is the Bruce Wayne to my Batman. Or the Batman to my Bruce Wayne. Depending which side of the schizophrenia you think is the normal one.

Always on the final day of the year, I post my Top Ten list. But, the day before, we post this. The Razzies to my Oscars, the Hugo to my Bart, the bear to my Leonardo DiCaprio. This is the Unforgivables list. The list of films that I fucking hated this year.

This year is an interesting year in that I wasn’t overly in love with most movies. I liked a lot of stuff, but there was nothing I had really strong feelings for. And, now that I watch so much stuff each year, my feelings often tend to fall toward the middle with a lot of things. I don’t hate things as much as I used to. Of course, every year by Thanksgiving I tell myself I can’t come up with a top ten list or an Unforgivables list, and yet every year, we manage. But this year I was interested to see where the hatred would lay, since in recent years I’ve moved away from the obvious Adam Sandler/Melissa McCarthy movies at the top and gone more toward studio stuff with no soul. I’ve started going into these lists by wiping the slate clean. Doesn’t matter what I rated something, doesn’t matter what I previously thought of something. If I feel it should be on, it’s on. END_OF_DOCUMENT_TOKEN_TO_BE_REPLACED

Pic of the Day: “I know it’s terrible trying to have any faith when people are doing such horrible… But you know what I sometimes think? I think the world may be going through a phase, the way I was with mother. It’ll pass. Maybe not hundreds of years, but someday. – I still believe, in spite of everything, that people are really good at heart.” 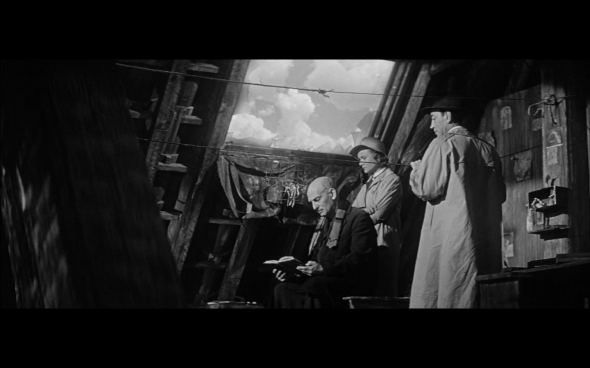