The Annie Award nominations were announced this morning. Somehow I knew they’d be out early. Something about a medium whose films are largely designed for children, it just feels like they’d be releasing earlier in the day than most other guilds.

But anyway, this is all kind of meaningless, since I think, list most years, we’re all pretty sure Pixar is just gonna win with Soul and there will be no drama whatsoever in the category (and I know there are gonna be some people who make the ‘I don’t know… Wolfwalkers’ argument. But I’ve been around this category way too many years than to try to delude myself with that. So really all we’re gonna get out of this is help in figuring out what the other four (or, I guess, three) nominees are gonna be outside of the obvious two in Soul and Wolfwalkers. Animated Feature is one of those categories that sets up obviously, but most of the time the branch will throw a curveball or two by going with more ‘artistic’ films over the obvious mainstream studio films. So I’m interested in seeing what the branch has for us this year.

Here are your Annie nominations: END_OF_DOCUMENT_TOKEN_TO_BE_REPLACED

Pic of the Day: ♫ “I was bruised and battered, I couldn’t tell what I felt / I was unrecognizable to myself / I saw my reflection in a window, I didn’t know my own face / Oh brother are you gonna leave me wastin’ away / On the Streets of Philadelphia.” ♫ 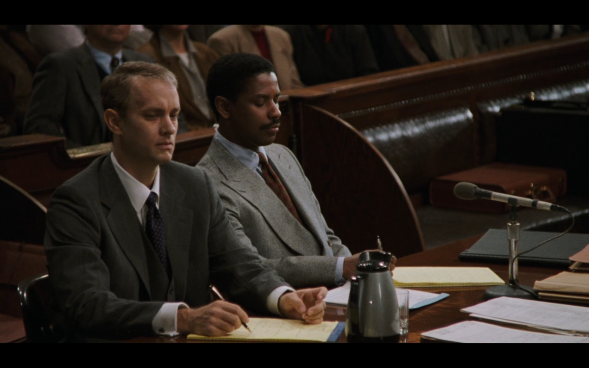