Well, since I discussed HUAC and the blacklist in 1951, it’ll save me a lot of trouble here. Most people consider High Noon to be the film that should have won here, but the fact that it was clearly an allegory for standing up to HUAC made them skittish about voting for it. So that explains (sort of) what happened here.

Instead of High Noon, they went with The Greatest Show on Earth for Best Picture. Like An American in Paris the year before this — the film didn’t win anything else (major). That points to it being a compromised decision. It’s like them saying they didn’t want to vote for it either, but they had to play it safe until the heat was off. Gary Cooper did win Best Actor for High Noon, though (talked about here), which is interesting. I guess Gary Cooper transcends communism. Best Actress was Shirley Booth for Come Back, Little Sheba (talked about here), her first film, after many years on the stage. I don’t particularly like the decision (Julie Harris was so much better in The Member of the Wedding), but I can accept it. Best Supporting Actor was Anthony Quinn for Viva Zapata! (talked about here), which is acceptable. Anthony Quinn is awesome. Best Supporting Actress was Gloria Grahame for The Bad and the Beautiful (talked about here), which, while I wouldn’t have voted for it, is a nice way to show the film (which really should have been nominated for Best Picture. It’s actually the film with the most Oscar wins in history without being nominated for Best Picture) some love. And Best Director — which really points to them admitting compromise — went to John Ford for The Quiet Man (talked about here), which was actually a good decision and very well could have happened even if High Noon won Best Picture.

So, the year makes sense, even though it’s not particularly strong. And while I understand the hesitance in voting for High Noon, my big question about it is — so why not just vote for The Quiet Man then? I don’t get it.

The Greatest Show on Earth (Paramount)

Pic of the Day: “There was me, that is Alex, and my three droogs, that is Pete, Georgie, and Dim, and we sat in the Korova Milkbar trying to make up our rassoodocks what to do with the evening. The Korova milkbar sold milk-plus, milk plus vellocet or synthemesc or drencrom, which is what we were drinking. This would sharpen you up and make you ready for a bit of the old ultra-violence.” 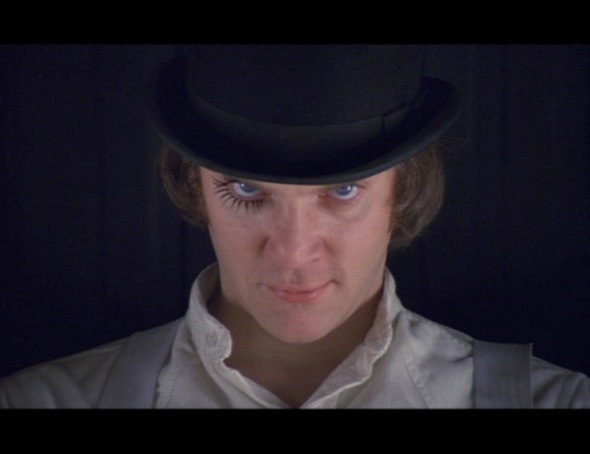